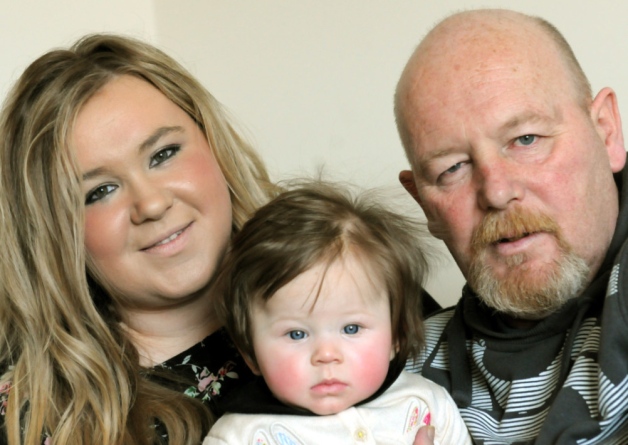 NEWCASTLE, UK – Five weeks before her due date, doctors advised the parents of Ella-Jai Harvey to abort their child because she was found to have hydrocephalus, or water on the brain. Now, her parents are grateful they ignored the recommendation.

“It doesn’t bear thinking about what would have happened if we had decided on the termination,” Ella-Jai’s mother, Toni-Louise Hubbart, told The Sheilds Gazette. She and Daniel Harvey saw their daughter arrive on September 16, 2013. And while she did indeed have hydrocephalus, Hubbart reports now that “Ella-Jai is doing fantastic, she’s meeting all the markers she should be, and she’s great.”

A routine scan found Ella-Jai suffered from the condition, which is caused by spinal fluid build-up, and doctors told the couple abortion was an option. They refused, instead opting to give their child necessary medical care once she was born. Two days after birth, a shunt was placed in Ella-Jai’s head, to drain fluid. She also receives physiotherapy on her neck, and has a pressure gauge in her head that will use a tube to drain fluid from her head to her stomach.

As a way of thanking the medical staff of Royal Victoria Infirmary for taking care of their infant, the couple has decided to fundraise for the Infirmary’s “Tiny Lives” fund. The charity provides assistance to sick newborns and premature babies, as well as their families, who are in the hospital’s special care baby unit.

According to the National Institutes of Health, (NIH) hydrocephalus is a disorder that can occur in children and adults. No direct cause is known. NIH says that while death can occur if treatment is not sought, “some people recover almost completely after treatment and have a good quality of life.” It is found in a very small number of babies – the Children’s Hospital of Philadelphia says a maximum estimate of one-fourth of one percent of “live birth babies” have the disorder.

Editor’s Note: This article was first printed at LifeSiteNews on March 14, 2014, and is reprinted here with permission.