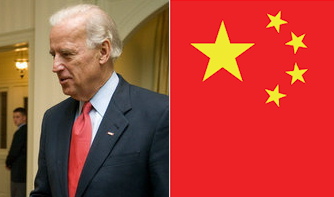 While the Obama Administration continues to kowtow to China, others are not shying away from challenging the country’s draconian one-child policy. Chai Ling, a “commander-in-chief” of the youth-led 1989 Tiananmen pro-democracy movement, grew up in a culture in which children learn to worship government officials. She was taught to show respect and love for the police and for the People’s Liberation Army, which would kill or beat into submission any who longed too much for truth and freedom. Born into an existence where one must learn to love death in order to survive, Ling now dedicates herself to the cause of life for the people of China over two decades after Tiananmen.

Ling’s non-profit organization All Girls Allowed works to “reveal the injustice of China’s One-Child Policy” and to bring concrete assistance to families in China who have suffered under this policy since 1980. In her testimony about her conversion to Christianity, Ling relates that she came to understand that her work as a leader of the Tiananmen Square protest should continue through ending China’s forced abortion policy when she attended a U.S. Congressional hearing and witnessed the testimony of a Chinese woman named “Wujian.”

Wujian went into hiding when [she] became pregnant without a birth permit. The Family Planning Officials—China’s “Womb Police”—broke into her hiding place and dragged her out for a forced abortion. When the oxytocin injection failed to induce labor, they forced her onto an operating table and cut the nearly full term baby to pieces with scissors. The nurse told her that she was one of 10,000 forced abortions in her town that year.

Ling wrote of the experience:

Our hearts were broken with pain and sadness, for Wujian and her helpless child, and for every mother in China and their unborn babies. That moment brought back all the memories of helplessness and pain we experienced on the night of the June 4 massacre in 1989. That night was so brutal, yet we had no strength to stop it, and the rest of the world could not stop it, either. […]

[…] To my horror, I realized what was happening. No one could ever forget the 1989 Tiananmen Massacre even though it has now been over twenty years. Yet very few of us realized that the three words “One-Child Policy” would be a marching order for brutality hundreds times more to the Tiananmen Massacre to happen in the daylight, to be repeated each and every day. In Wujian’s own tearful words, “Who could help them? Who could save them? The ‘One-Child Policy’ and forced abortion policy have killed millions of innocent lives in China. How could this inhumane crime be stopped? When could this inhuman crime be stopped?”

All Girls Allowed is actively working within China to educate families about gendercide, bring help to abandoned orphans, rescue children from trafficking, and defend mothers who are brutalized by this policy.

On a recent policy trip to China, Vice President Joe Biden said that he “fully understands” and would not “second-guess” China’s one-child policy. Faced with criticism from those among us who were rightly outraged, Biden amended his comment and now says that he finds the policy “repugnant.” Nevertheless, America still sends millions to organizations who contribute to assisting China in their “family planning” program.

It is my deep and heartfelt hope that, like Chai Ling, the Obama Administration will hear Wujian’s cry. May our government hear the cries of the many thousands of women and children, as well as the families who love them, who still suffer today under this policy. If not, then I would submit that we all have the duty to heed the cry of pain inside ourselves as Chai Ling did when she heard Wujian’s testimony.

To my horror, I realized what was happening.

May we, like Chai Ling, rise to the challenge and defend life.