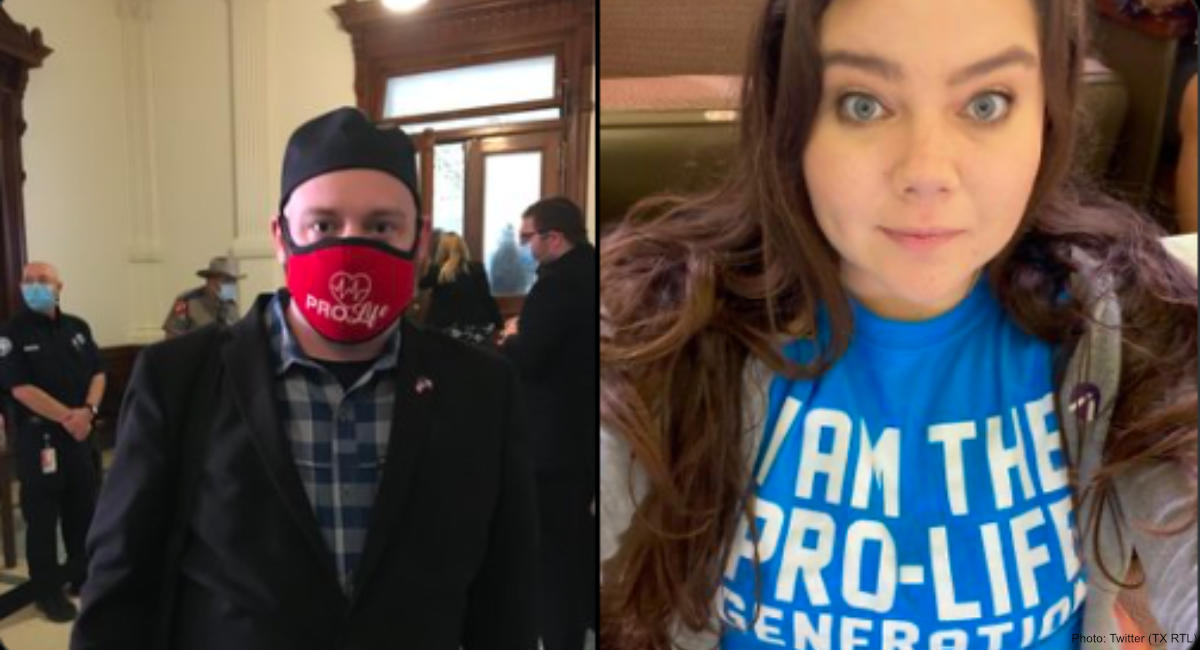 Pro-life groups reported today that upon arrival to the Texas Capitol to testify in favor of pro-life legislation, Capitol officers forced them to hide their pro-life shirts and other gear bearing pro-life slogans.

Advocates came to testify today for Pro-Life bills & were forced to hide the Pro-Life messages on their clothing.

Students for Life reported in a press release:

Upon arrival at the State Capitol this morning, the group of staff and students representing SFLA was told by the Senate Sergeant At-Arms to cover up their blue shirts reading, “I AM THE PRO-LIFE GENERATION,” and to turn their “VOTE PRO-LIFE FIRST” masks inside-out. The Sergeant was unable to identify to the group’s leader, Sarah Zarr, a rule barring anyone from wearing shirts or masks emblazoned with slogans. The Sergeant appeared to be attempting to use a rule barring the use of banners and flags. Zarr explained to the Sergeant that groups like Planned Parenthood wear pro-abortion slogans on their clothing regularly inside the State Capitol.

The Sergeant’s staff repeatedly told students to cover up their shirts and masks and were hesitant to allow members of the SFLA group into the Senate Chamber despite the presence of available seats. At one point, Zarr was physically handled by the Sergeant as he sought to assert his rules on Zarr and the SFLA group.

“When the government changes rules to silence messages it doesn’t want to hear, the First Amendment loses its meaning,” said Hawkins. “Free speech rights that you can’t use don’t really exist at all. And the Pro-Life Generation will not be silent about the human rights issue of our day, abortion.”

The pro-life groups were present to testify before the Senate Committee on State Affairs in favor of a number of pro-life bills being considered: SB 1647 — The Texas Abolition Strategy, SB 9 — The Human Life Protection Act, SB 394 — Chemical Abortion Regulation, SB 650 — to stop funding of abortion services, and SB 802 — the Every Mother Matters Act.