Is a ‘TelAbortion’ (telemedicine abortion pill) FDA clinical trial actually a Trojan horse intended to skirt important abortion pill safety requirements put in place under the FDA? Live Action News has been analyzing the effort to expand abortion, and has documented the various abortion pill collaborators working behind the scenes on various clinical trials, studies (read more here) and funding streams, which all happen to be closely connected. In addition, Live Action News has documented the push for illegal dispensing of the dangerous pills and the effort to discredit abortion pill reversal. Now, we’ve analyzed changes reported under the Direct-To-Consumer protocol (pills sent via mail after a TelAbortion or telemedicine interview) and are seeing that FDA regulations are being skirted in the name of continually broadening “clinical trials.”

The FDA currently requires Mifeprex to be placed under a safety system called REMS (Risk Evaluation and Mitigation Strategy), which is a “safety strategy to manage a known or potential serious risk associated with a medicine and to enable patients to have continued access to such medicines by managing their safe use.”

Under the REMS Program, the FDA states, “Mifeprex and the approved generic version of Mifeprex”…

Without REMS, abortion pills could be ordered online, picked up at any pharmacy, and prescribed by any health care provider. 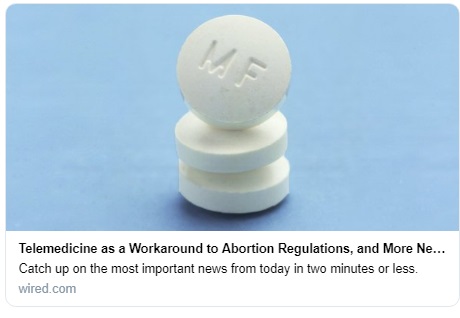 In theory, clinical trials are used to test a specific drug and hopefully alleviate safety issues that arise. But with expansion of this abortion pill clinical trial there is a growing concern it is less of a clinical trial and more of a permanent way to skirt the FDA’s REMS system. In fact, a recent interview with the co-leader of this Gynuity sponsored trial, Erica Chong, by the online media group Fast Company, noted, “The hope is to get enough providers on board so TelAbortion can eventually go from research study to full-blown service.”

The TelAbortion clinical trial was announced in 2015. When the (then cohort) clinical trial began recruiting in 2016, they anticipated an enrollment of 50 participants with eligibility ages between (believe it or not) 11 to 50 years old and an estimated completion that same year.

In 2016, there were only two locations for the trial listed, as seen in the screen below. 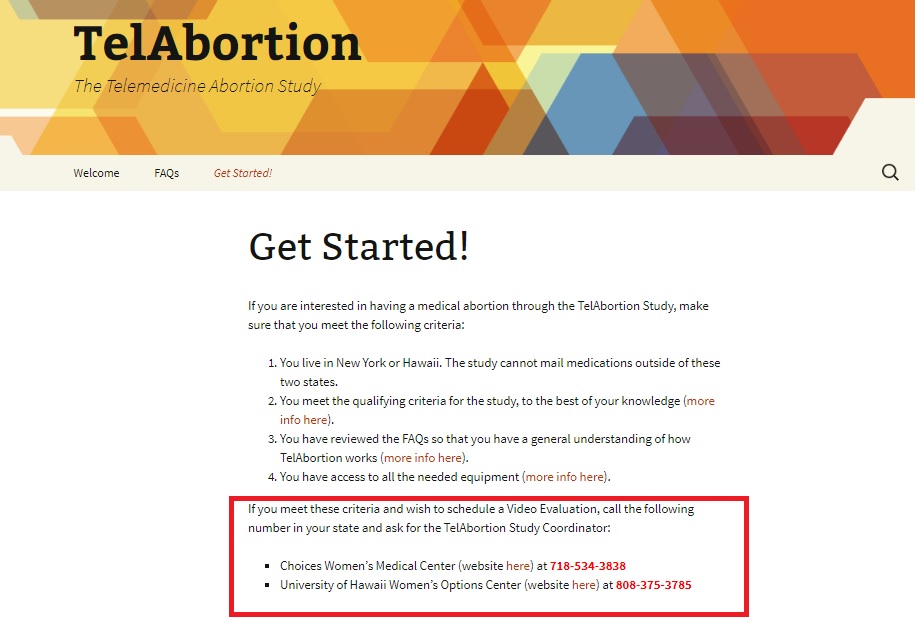 However, as of the date of this article (June 2019) the now defined “case-only” (instead of “cohort”) clinical trial currently intends to enroll 1,000 participants with age eligibility as young as 10 years old. Why Gynuity Health Projects moved the recruitment age even lower is not stated, but this is concerning, given past abuses by abortion facilities and Planned Parenthood centers’ failure to report child sexual abuse, along with potential violations of parental consent and notification laws in certain states.

In addition to those changes, the completion date continues to be pushed out, and is currently set for June of 2020. There is also a growing list of locations (see below), enabling the abortion pill to be dispensed even more widely, without existing REMS safety requirements.

In other words, the study just keeps getting bigger and broader, with no FDA safety requirements in place.

In some cases, TelAbortion providers are physically located in one state but licensed in another, which allows them to reach clients there as well…. TelAbortion obviously cannot expand into states where telemedicine abortion is illegal, but one workaround Chong is exploring is to introduce the program in neighboring states. “If we can get into a neighboring state, it’s possible for a woman in Texas, for example, to maybe cross the border into New Mexico,” Chong says. “She can have her consult there, and then pick up her package at a Fedex office that’s holding the package for her, or something like that.”

These kind of “workarounds” to intentionally bypass existing laws and safety regulations are clearly not the intention of any FDA clinical trial. 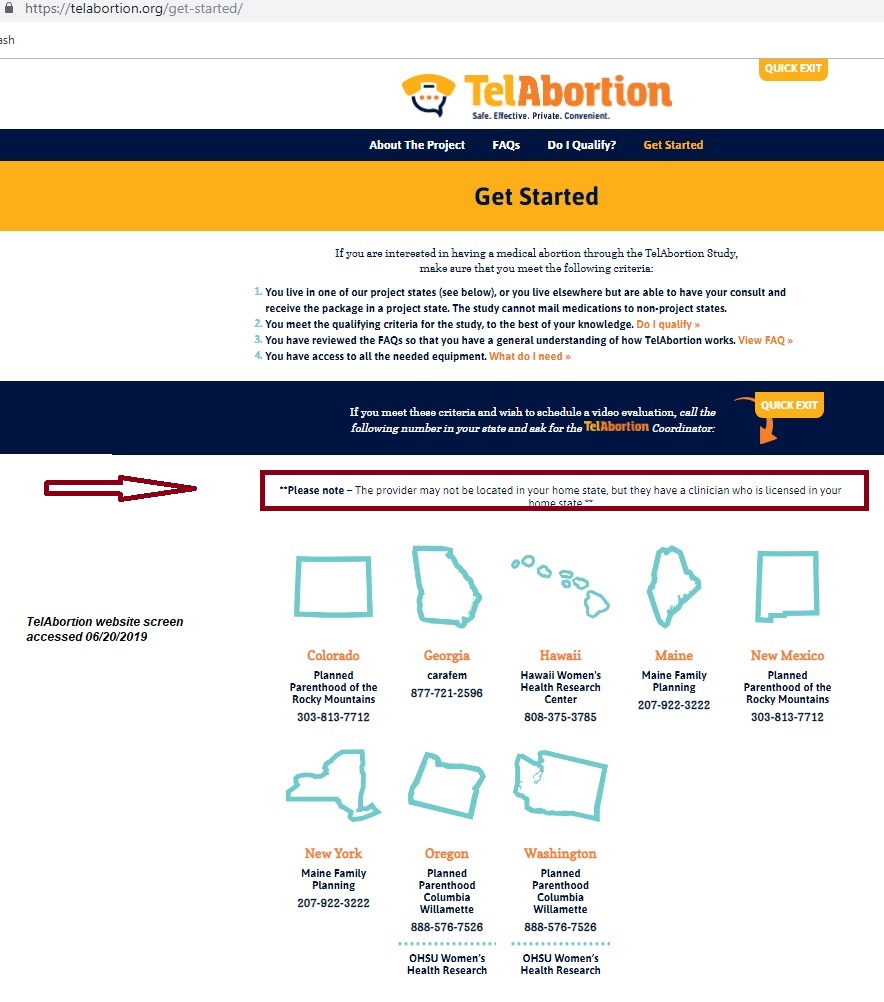 Abortion generally is not without complication or risks. Recently, the FDA updated its adverse effects reports through 2018, revealing 24 deaths of women associated with the abortion pill since it’s  September 2000 approval.  To date, the report documents nearly 4,200 reported adverse effects, including hospitalization and other serious complications. But under 2016 changes, the drug’s manufacturer, DANCO, no longer has to report non-fatal adverse effects, so we can only imagine what the number really is.