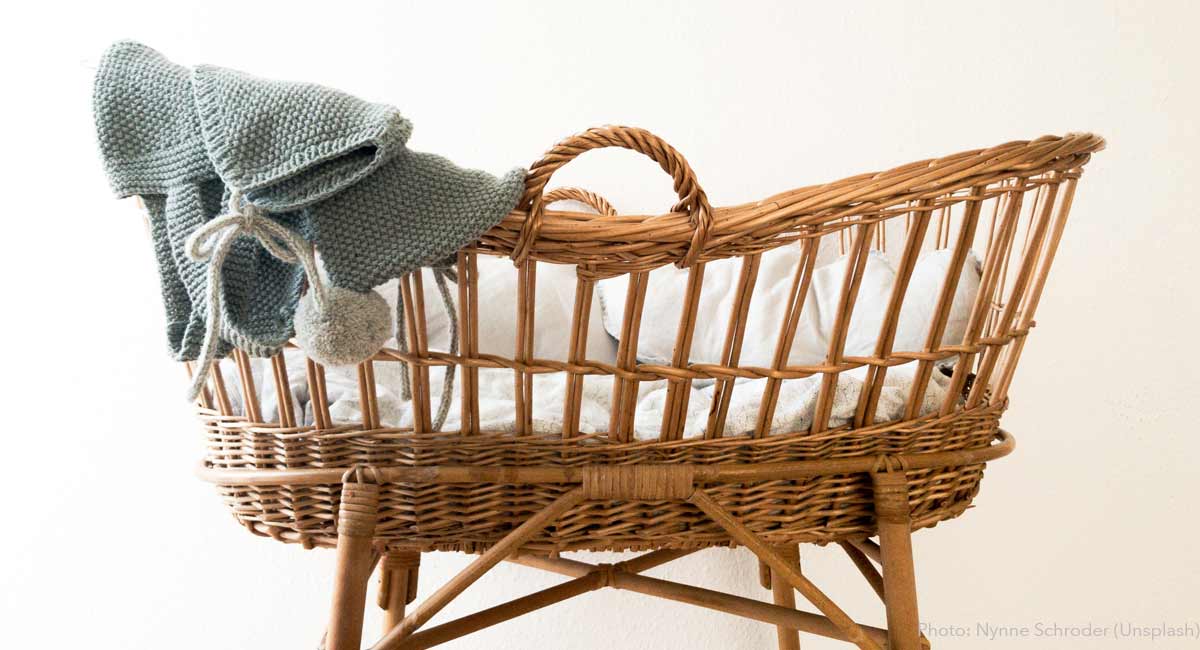 Can abortion negatively affect future pregnancies or possibly even contribute to infertility? Conflicting claims abound. While some, like one author at Yahoo.com, believe any potential negative effects on future fertility caused by abortion are just a “prevailing myth,” multiple studies say otherwise. And women deserve to know this.

Karen Fratti, the Yahoo! author, has tweeted her support of abortion, and chose to pepper her article with images of Planned Parenthood tweets. She also tipped her hand when she referred to pro-lifers as “anti-choice,” and dismissed the abortion-breast cancer link (which even a pro-choice filmmaker found compelling) without citing an ounce of proof. Fratti concluded:

“[…T]here have been no studies that show having an abortion, whether it is a surgical or medical abortion, will negatively affect your chances of getting pregnant later on in life…. As long as abortion remains legal and safe going forward, a woman’s future fertility will most likely not be affected whatsoever.” 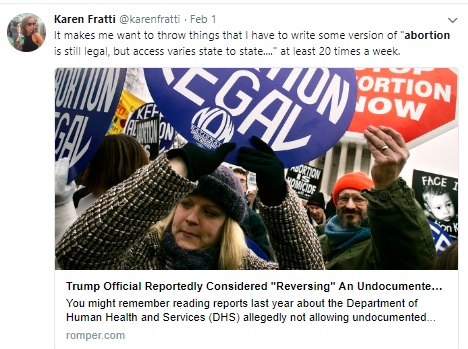 But this “health expert” must not be aware of studies which show that women who have abortions are at higher risk of Pelvic Inflammatory Disease, which can cause infertility. Abortion has connections to endometritis, infections, and PID, all known to cause infertility.

Fratti acknowledged that the “risk of damaging the cervix or uterus can go up if a woman gets multiple surgical abortions,” but failed to point out that repeat abortions are becoming more common.

There is some research that suggests that women who have had multiple surgical abortions may be more likely to have future pre-term births or infants with low birth weight…. More studies are needed to further delineate to get a clearer picture.

In the video below, former abortionist Anthony Levatino explains that future pregnancies are “at a greater risk for loss or premature delivery due to abortion-related trauma or injury to the cervix.”

Live Action News previously discovered that what abortion facilities tell women in the fine print of consent forms are quite different than Fratti’s conclusions.

1. Sterility is listed as a possible “complication” for surgical and medical abortion on this Planned Parenthood abortion consent form. 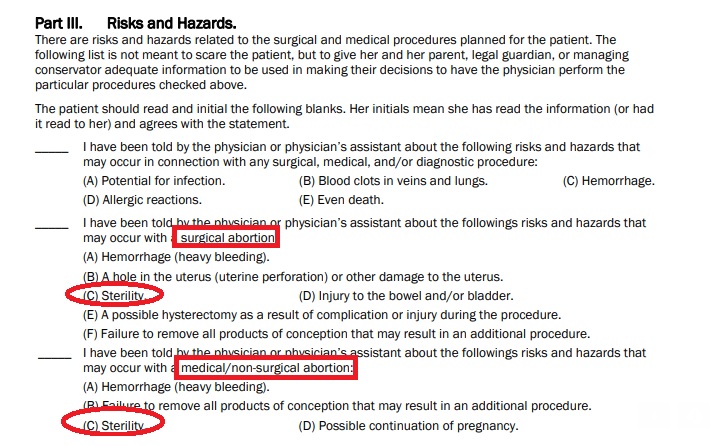 Sterility means “failing to produce or incapable of producing offspring.” Note that it is listed as a risk even for “medical/non-surgical abortion” — something Fratti denies in her article. 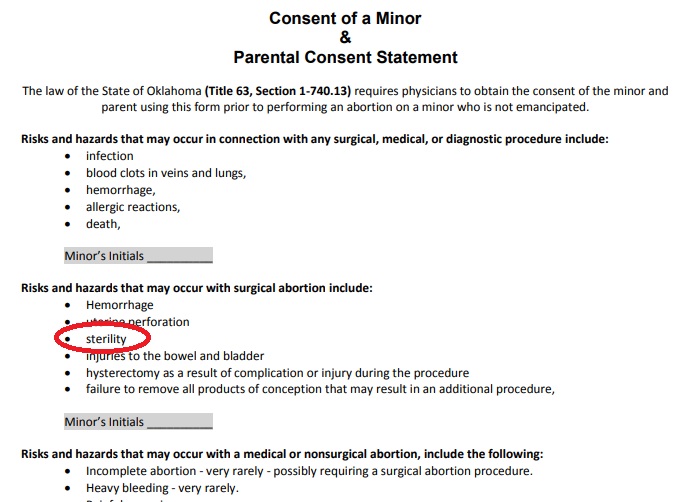 3. Under medication abortion, the form states, “Fertility can be diminished in very rare instances as a consequence of infection.” 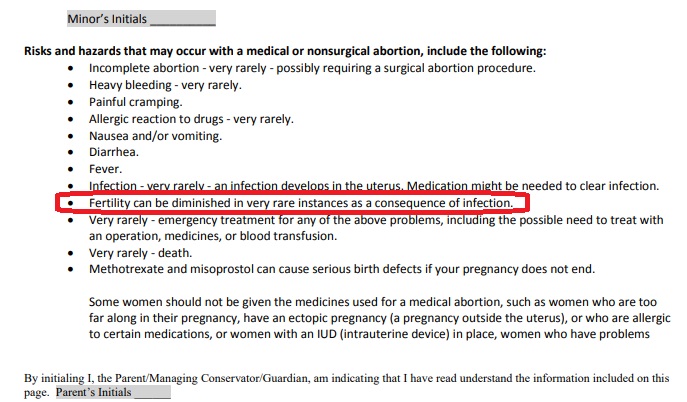 3). Maryland’s Gynemed Surgical Center abortion facility consent form states that a surgical abortion can result in a lacerated uterus, infection, perforation, scar tissue and even death, and “inability to have children.”

Scar tissue can occur in the cervix…and may require repeat dilation. Scar tissue in the uterus… may result in the inability to have children. 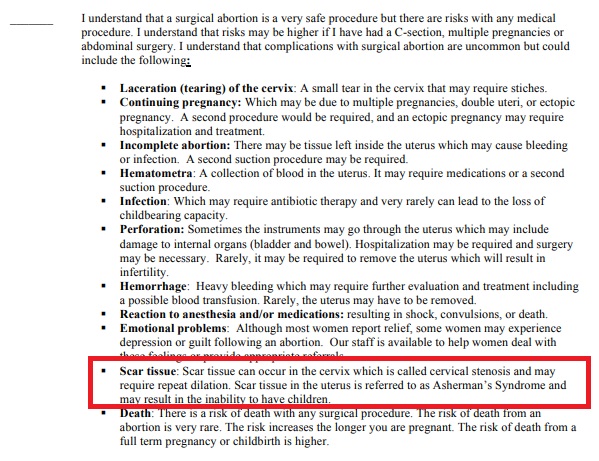 4. If seeking a medication abortion, the patient is notified that “no guarantees about my future fertility can be offered to me…. I understand that there is evidence that women who have more than three induced abortions may be at increased risk for premature labor.”

The abortion industry has one thing in mind, and it’s not a woman’s “fertility” or “future pregnancies.” Its concern is to portray abortion as a safe or minimally risky procedure, close the deal, collect the money, and kill the developing baby. If a woman’s future pregnancies are affected, or she experiences infertility, the industry will simply blame it on other causes, while they count their profit.