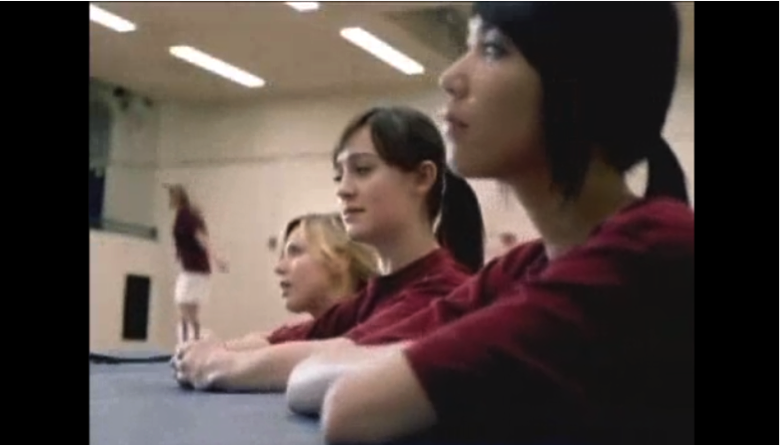 Editor’s Note:  This article was co-written with Eleanor Francis and was first printed, in a similar version, at Homeschooling Teen on April 1, 2013. It is reprinted with permission.

Where do babies come from? Most teens know the answer to this. What most teens do not know is the extent of the health risk they take on when a doctor prescribes hormonal contraceptives in the form of the pill, the patch, an injection, or the morning-after-pill.

Okay, so not all teens are taking the pill for what you might think. Maybe she’s taking the birth control pill for irregular periods or for control of acne, a use banned in parts of Europe – or maybe, like in the case of at least one teenager, she’s suffering multiple heart attacks as a result of the medication. Whatever the reason, she is biting into poison on the advice of elder hippie liberals who now represent the establishment and dictate steroid birth control as the means to economic equality with men.

Class, pay attention: medicine is big business. So – surprise, surprise – Big Pharma, aka the pharmacy companies, downplay the health risks associated with hormonal contraception, and doctors accept pharmaceutical company claims and studies. A recent finding reported that Bayer, maker of Yasmin – the wonder-drug birth control pill marketed specifically to teens – failed to include in their FDA report an oh, by the way, increased incidence of blood clots from this third-generation birth control pill.

In Europe, there have been cases that led the Swiss to seek damages on behalf of a patient and the French to restrict Yasmin’s use. Over-reliance on positive spin studies sponsored by the pill-makers makes the risks look less than definitive. When a teen raises questions, the doctors (who may receive payments from drug manufacturers) tend to take a hands-off approach because of the moral issues. Besides, in response to objections, the pharmaceutical company’s phony biased study can be trotted out to make the independent studies appear inconclusive. And anyway, we’re young, and risk is a just a part of life, right?

A scene from the Yasmin ad.

So, girlfriend – you just need to pipe down and follow the lead of the free-love generation who knows what you’re going to do anyway. See, there’s even a commercial for Yasmin showing us girls in wistful poses, looking off in the distance.

Remember Joe Camel? Like cigarette advertising of the past, which played on a kid’s desire to belong and to behave in mature, cool ways, the Yasmin ad portrays teen girls in cliques or pairs, seemingly in on a secret. The girls in the ad huddle together, leaning in to find out what the others know, giggling excitedly or looking off in the distance, as if having an “aha” moment.

All you have to do is take this pill in the pretty box. Never mind that the World Health Organization has extensively reviewed cancer risks related to contraceptives and labels estrogen a class 1 cancer agent – a first rate method of getting cancer:

The risks associated with hormonal contraceptives purchased over the counter are not acceptable risks. This is not a matter of a consumer taking too much Tylenol. The Yasmin ad, however, suggests that casual sex is on a par with a sporting activity, in which one takes proper precautions and then can go ahead. Just as with athletes, however, steroid use has led to physical and ethical problems. A quick Google search reveals a large number of lawsuits against Bayer’s Yasmin pill as well as against their other hormonal contraceptive, Mirena. Profits exceed the costs (settlements represented less than 2% of sales) associated with both trials and payouts, so such ads downplay the very real and extensive list of risks.

Having been introduced in the 1960s, the devastating effects of the hormonal pill are now pretty fully evident, yet it gets prescribed routinely even for teen acne, and public school officials – such as those in New York City – provide teens with massive amounts of the morning-after-pill: 12,721 in one year alone.

Like a secret that had to be kept hush-hush, the stealth delivery of Plan B pills to girls as young as 14 went swiftly from 13 to 40 New York public schools in five months, despite objections. Moreover, the huge risks of hormonal contraceptives are glossed over rather than explained to the girls who assume the risk. Why are WHO-classified cancer-causing hormonal contraceptives passed out to teens like Twinkies? Well, it might have something to do with the way words are spun into gold, especially by politicians. As part of the ongoing equivocation around the word “equality,” New York’s Governor Cuomo introduced the Reproductive Health Act to widen access to contraceptives and abortion at all levels, as The Women’s Equality Act.

Essentially a super-dose of a standard contraceptive pill, the morning-after pill (Plan B) delivers hormones orally to make the woman’s body think she’s pregnant and, as a result, thickens mucus to prevent fertilization, thins the lining of the uterus where the human embryo attaches, and – in some cases but not all – prevents ovulation. As noted by Pharmacists For Life President Karen Brauer, M.S., R.Ph., hormonal contraceptives such as Plan B and its newer rendition, the longer-acting Ella, cannot prevent ovulation during the most critical period, and it will on occasion kill a human embryo as it begins the stage of  implantation in the uterus. According to Dr. Shaun Jester, an OB/GYN who commented on the sale of Plan B from a campus vending machine at Shippensburg University:

Plan B claims to not prevent an ongoing pregnancy. This is deceptive because it does prevent implantation.

A vending machine cannot distribute guidance.  Over-the-counter sales of Plan B pill provide minimal if any counseling, and steroids offer no safeguard against sexually transmitted diseases. In fact, they increase the likelihood of disease, since buyers will assume they are “protected.” Health professionals at the CDC report: “The most reliable ways to avoid transmission of sexually transmitted diseases (STDs), including human immunodeficiency virus (HIV), are to abstain from sexual activity or to be in a long-term mutually monogamous relationship with an uninfected partner.” Plan B asks girls to take the kind of  risk forevermore celebrated by an LSD generation that had a love affair with drugs and made sex into an addiction – yet they are not even to be told the dangers they face. 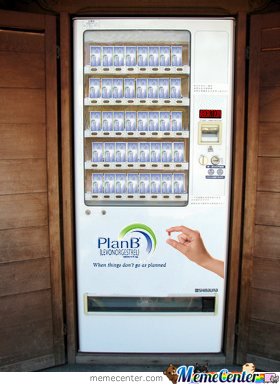 In an interview assessing the harm for girls, Dr. Joel Brind, professor of biology and endocrinology at Baruch College, compared hormonal contraceptives to the steroids given to athletes and discussed how they are similarly harmful to the health of young women. As Dr. Brind points out in this video, teen girls are being given steroids just like athletes – only in the case of athletic competition, steroids are universally condemned. So why are young women routinely placed on steroids as if they are in training for an extended Summer of Love?

Steroids (at least those related to birth control) must seem homegrown to the Woodstock crowd so that all health issues get understated. The spell of reproductive “equality” has everyone – even those who know better – gazing distractedly off in the distance. According to George Lundberg, M.D., the American Medical Association maintains silence on the issue as too political, thus failing to produce a policy statement on the cancer risks associated with contraceptives and abortion.

U.S. District Court Judge Edward Korman recently removed all restrictions on the morning-after pill. Removing all age restrictions and providing these drugs over-the-counter says they are relatively safe and benign, not needing even parental knowledge or a pregnancy test. However, as Part 2 of this article will explore, hormonal contraceptives, Plan B, and Ella place teenage girls in harm’s way to an even greater extent than they do older women.