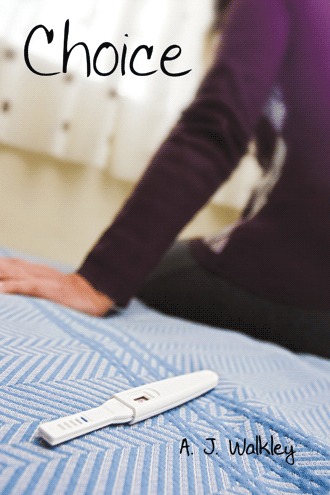 A swing and a miss. 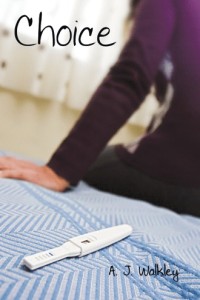 Proving yet again that parents need to be more vigilant than ever, a novel called Choice is lurking in the teen section of your local bookstore – and yes, that’s a euphemism for exactly what you think. At the Huffington Post, the author, AJ Walkley, explains the thinking behind the book:

The idea for Choice came to me after a close friend of mine found out she was pregnant while we were both still young enough for the decision that came next to change her life drastically. For her, she did not feel like there was a choice at all — she would have an abortion, no discussion needed. Putting myself in her position, however, I knew I would not have been able to choose that path as easily or as readily as she had. While I have been pro-choice for as long as I can remember, I did not know what I would do if I had to make that choice for myself.

No matter how many times pro-choicers go out of their way to declare their personal ambivalence about abortion, it won’t stop being suspicious. Why would it have been harder for you? What specific elements of abortion are keeping you from choosing it “easily” or “readily”? You can’t just make a side reference to intuitions like that and then ignore their implications. What’s more, Planned Parenthood has already cornered the market on feel-good abortion messages for teens; if Walkley wants to write something more original or productive, how about real a exploration about where her hesitation comes from and what implications it holds for her pro-choice premise?

(Sadly, that’s a rhetorical question. We know why pro-choicers never confront such quandaries.)

Being that teen pregnancy is very much a family affair, affecting every member of the family and not just the pregnant teen, I also chose to write the chapters in the first person from the point-of-views of Haley, her twin sister, Jamie, and both of her parents, Larry and Maggie. I wanted the reader to get a full understanding of how Haley’s choice impacts everyone around her, and how each member of the family handles the situation and Haley’s decision differently.

That’s a little more respect for family than we’ll get from Planned Parenthood, NARAL, NAF, or NOW, though I suppose talk is cheaper than action. Even so, I can’t shake the feeling we’re missing a perspective…someone whom the abortion will impact more than Larry, Maggie, Jamie, or even Haley…I can’t quite put my finger on it…

I split the book into two parts: In the first, our protagonist, high school sophomore Haley Fry, discovers she is pregnant and chooses to abort the pregnancy; in the second half, Haley chooses to carry the pregnancy to term and to keep her child […] Despite my own opinions on the subject, I attempted to remain as neutral as possible in my writing of Choice, presenting both the option to abort and to see the pregnancy to term as valid options for a teenager in this position.

Superficially reasonable though it may sound, that’s actually not a “neutral” formulation, because the main question isn’t what choice should be made; it’s whether abortion can be considered a choice at all. Walkley’s HuffPo piece and the book summary on Walkley’s website completely ignore the fact that abortion has a victim, and they write about the dilemma exclusively in terms of how it will change the mother’s life, rather than how it will end her child’s. In-depth reviews of Choice seem scarce, but even this glowing review complained that the two choices aren’t presented so equally after all:

In one scenario, it explores what happens if Haley got an abortion. I wish it would have dealt more with the long term aftermath of her decision but it doesn’t. I would have liked to see it written maybe with a chapter detailing what would have happened to her later in life and how that one decision changed her life. It skips straight to the next reality, in which she keeps her baby. In this one, it did deal with a lot of the long term parts of it and this is where we truly see the characters develop which I really enjoyed.

It’s also a false choice for ignoring Door Number Three. Walkley’s site’s summary reads: “Haley faces a life-changing decision: Does she abort the baby or become a teenage mother?” So giving the baby up for adoption isn’t a choice? It isn’t even worth talking about?

Yes, complete final judgment can’t be made without reading the whole book, and there’s a (remote, theoretical) possibility that Choice has a pro-life surprise or two in store. But Walkley’s own words strongly indicate that the intrinsic biases of being pro-choice – namely, categorizing an act of violence against one human being as the purely personal choice of another – have fatally undermined whatever value such a book could possibly offer teenagers in need of positive guidance and true understanding.