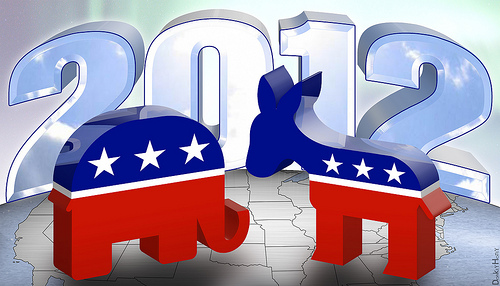 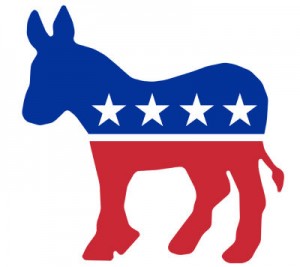 The Democrat Party is extremely supportive of all abortions, according to their current platform.

Late on Labor Day, the Democrat Party released their platform to be approved at their convention today. Unlike the Republican platform – which recognized the inherent right of every human being to live – the Democrat platform will affirm their absolute support of abortion, no questions asked. Businessweek reports on the difference in platforms:

The Democratic platform states that it ‘unequivocally’ supports Roe v. Wade, the Supreme Court decision that made abortion legal, and ‘supports a woman’s right to make decisions regarding her pregnancy, including a safe and legal abortion, regardless of ability to pay.’

The platform states: ‘Abortion is an intensely personal decision between a woman, her family, her doctor and her clergy; there is no place for politicians or government to get in the way.’

The Republican Party platform bans abortion in all cases, even rape, incest and when the life of the mother is endangered. Republicans say ‘the unborn child has a fundamental individual right to life which cannot be infringed.’ It opposes using public revenues to promote or perform abortion or to fund organizations that perform or advocate abortions.

The Democrats’ assertion that “[t]his election is not simply a choice between two candidates or two political parties, but between two fundamentally different paths for our country and our families” couldn’t be more true. One party wants to give all American children a chance to live, while the other unequivocally supports killing them at their mothers’ request.

The Republican platform even goes so far as to detail particular types of legislation the party supports and is proud to stand behind. These types include a ban on sex-selective abortions, strengthening the Born Alive Infant Protection Act, parental notification and consent laws, fetal pain bills, bans on using aborted fetuses for research and on killing embryos for their stem cells, health-protective clinic regulations, and informed consent. Rebecca Downs details more of the Republican platform here, but there is one section that is particularly notable:

[W]e affirm our moral obligation to assist, rather than penalize, women challenged by an unplanned pregnancy. We salute those who provide them with counseling and adoption alternatives and empower them to choose life, and we take comfort in the tremendous increase in adoptions that has followed Republican legislative initiatives.

In other words, contrary to some popular theories, Republicans do not support leaving pregnant women to fend for themselves. They support giving them the help, aid, and empowerment they need to raise their children.  They support informing parents about how wonderful adoption can be today.

Contrast these views with the entirety of the Democrats’ section on “choice”:

The Democratic Party strongly and unequivocally supports Roe v. Wade and a woman’s right to choose a safe and legal abortion, regardless of ability to pay, and we oppose any and all efforts to weaken or undermine that right.

The Democratic Party also strongly supports a woman’s decision to have a child by ensuring access to and availability of programs for pre- and post-natal health care, parenting skills, income support, and caring adoption programs.

Despite the claim of “safe, legal, and rare,” it’s apparent that the Democrats have no desire to make abortion rare at all. They wouldn’t mind helping to “reduce the need for abortions,” but reducing a need is very different from reducing the thing itself. In order to understand just what the Democrats support, let’s tweak the topic just a bit. Let’s pretend we live in India, where girls are not as welcome as boys. Let’s say an Indian political party released a platform with these words:

“We oppose any and all efforts to weaken or undermine the right of parents to leave their infant girls to die or to kill them before birth. We strongly support access to family planning services and appropriate ultrasounds which will empower parents to make informed choices about the gender of their children. We also recognize that these services will help reduce the need for parents to leave their infant girls in a trash heap, in the jungle, or otherwise alone to die somewhere.”

People would shudder and raise an outcry if they heard a platform like that. But since the Democrats support the unquestioned killing of all babies, America at large turns a blind eye to the party’s policies. If the Democrats singled out a particular gender, I imagine they would get criticized. However, as long as all babies are included, it’s apparently just fine to kill them indiscriminately.

No balance is provided in the Democrat platform. Though the party claims to support a woman’s decision to have a child as well, that’s kind of a no-brainer. That’s not a controversial issue. Instead of providing any suggestions regarding how and when abortion should be limited, the Democrat platform continues to support the killing of innocent unborn human beings on demand.

For the Democrat Party, today is not a new day. It’s just business as usual.