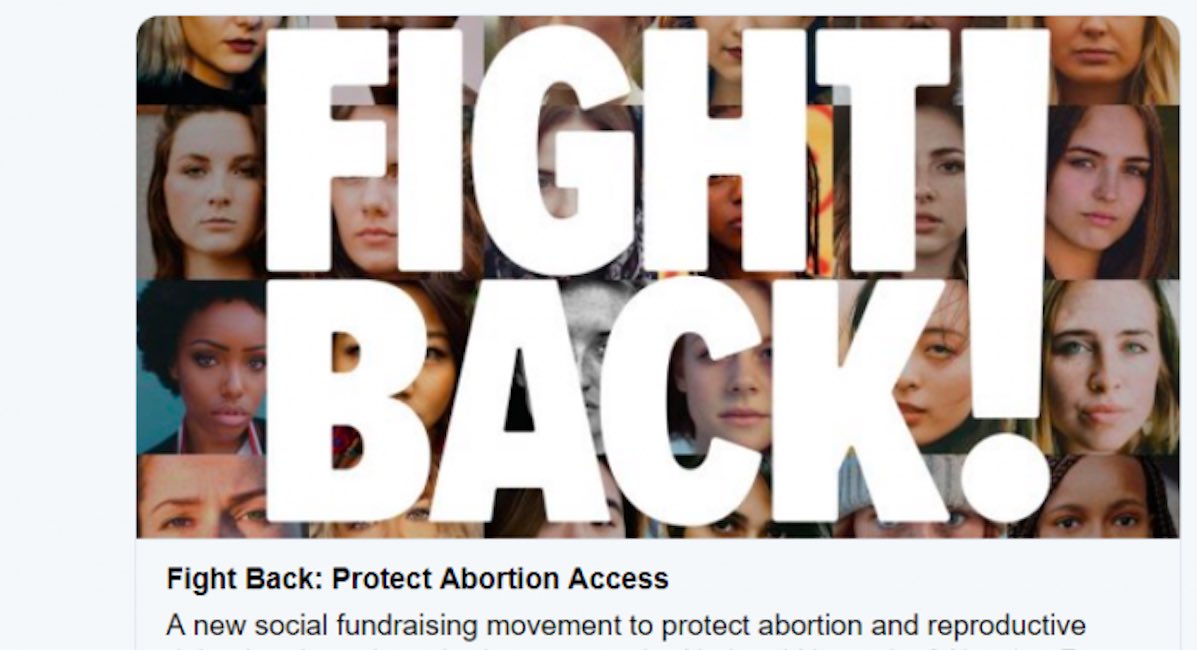 Pro-lifers are shocked after learning that GoFundMe, one of the largest crowdfunding platforms, is corporately seeking funds to donate to Planned Parenthood and other abortion organizations. In an e-mail sent to people who have donated to GoFundMe, donations were requested to help “fight back” against pro-life laws by giving to Planned Parenthood and other abortion organizations. What GoFundMe has done with this campaign is shocking, because they are not merely allowing their site to be used to raise money, but are promoting the campaign themselves, and have come out squarely on the pro-abortion side of the debate. The campaign has been featured heavily on social media already, with GoFundMe tweeting it from their account, and showing their support as pro-abortion users share the campaign as well.

Take action and join the #FightBack campaign—a new fund to protect reproductive rights across the US. Your donation will directly support @ACLU @PPFA @PPact & the National Network of @AbortionFunds. https://t.co/P4LT7fRc1o

The e-mail included a link to the #FightBack GoFundMe campaign, which they described as an “urgent cause.” Every donation will be shared among five organizations — the National Network of Abortion Funds, Planned Parenthood Federation of America, Planned Parenthood Action Fund, American Civil Liberties Union, and the ACLU Foundation — and GoFundMe has listed a goal of raising $500,000. The money raised will be used to challenge pro-life laws, help women obtain abortions, and elect pro-abortion politicians.

The abortion industry and its defenders — which now evidently includes GoFundMe — continuously try to make it seem like pro-life laws are massively unpopular and that Americans want abortion to be legal, unrestricted, taxpayer funded, and easily available. But polling is repeatedly clear; only 12% of Americans support completely unrestricted abortion, available at any time, for any reason. Most people want abortion to be illegal after the first trimester, they oppose taxpayer funded abortion, and they support restrictions like waiting periods, informed consent laws, and parental notification. This is even true for women, roughly half of whom are pro-life. Do these women not count? Do they not have a voice in the debate when abortion advocates pretend to be speaking for women? 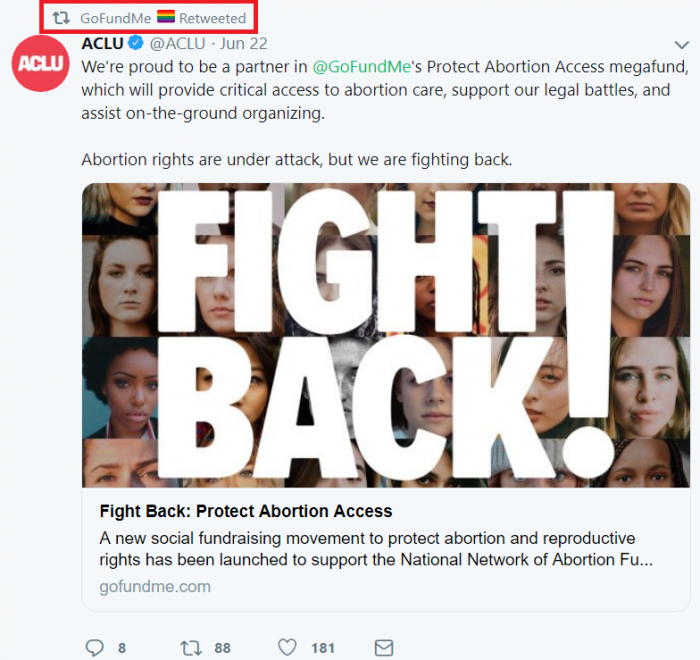 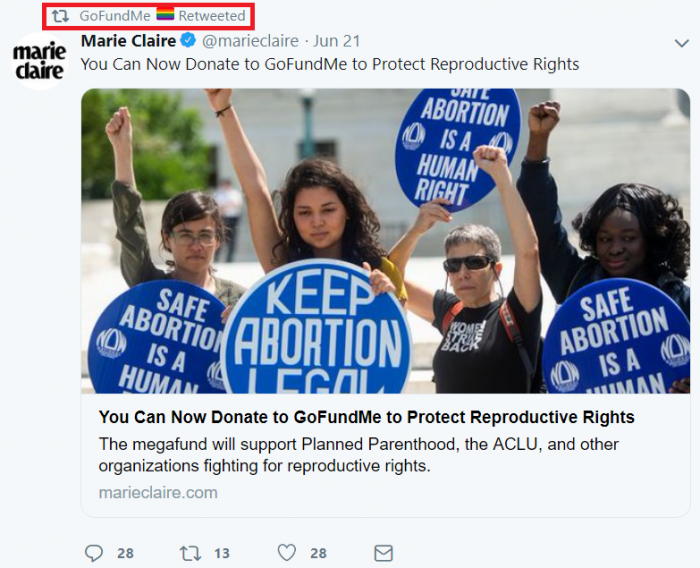 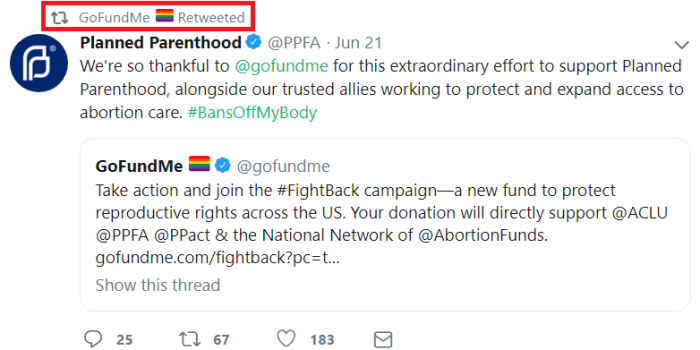 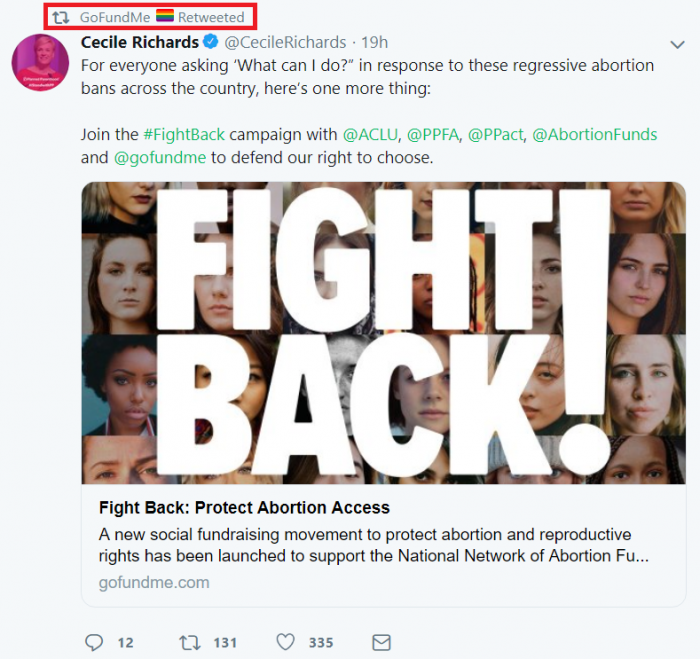 The CEO of GoFundMe, Rob Solomon, rarely tweets. He had not been active on Twitter in over a month, yet has since tweeted about the campaign and re-tweeted Planned Parenthood’s statement applauding the campaign. 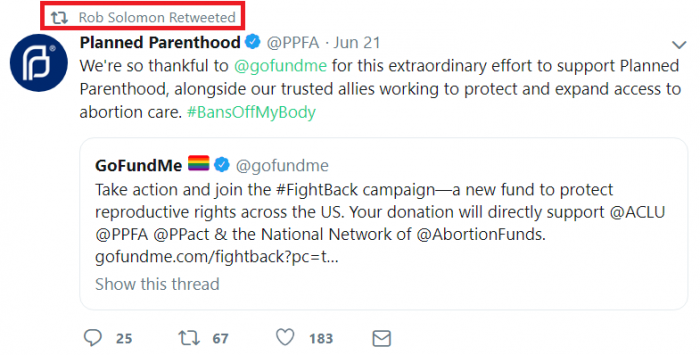 Will pro-lifers still be welcome at GoFundMe in the future, or will their pro-abortion stance lead to yet another round of pro-life censorship online? Only time will tell.