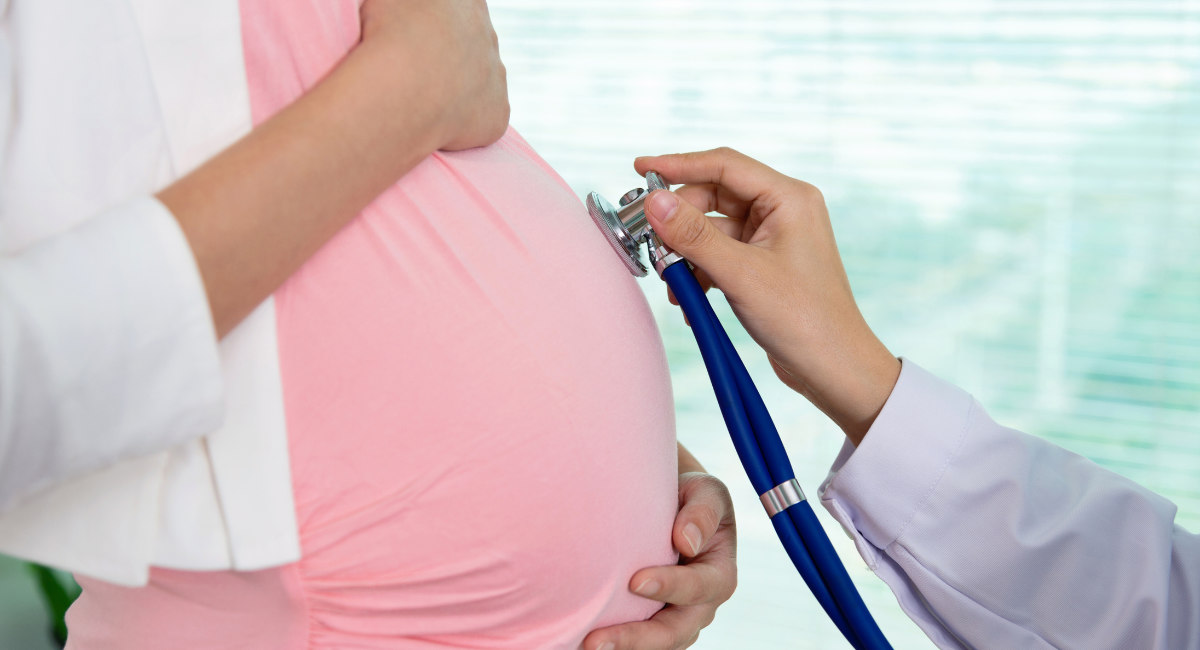 The abortion industry has been closing facilities across the nation, in part due to difficulty retaining and recruiting staff. Planned Parenthood Northern New England spokesperson Eileen Sullivan told a media outlet that the abortion corporation is facing challenges that are “complex and often linked to one another, including difficulty recruiting and retaining staff, low patient volume, facility needs, and financial sustainability.” Committing abortions (killing undelivered babies) is a job that has led to nightmares and breakdowns — and many OB/GYNs choose not to participate. Others who once made a career out of killing preborn children later experienced a change of heart and shared their experiences to help end abortion for good.

The late Dr. Bernard Nathanson could be considered one of the fathers of legalized abortion. He co-founded the pro-abortion group NARAL and worked to help legalize abortion in the U.S. Years after pushing abortion on the women’s rights movement and carrying out tens of thousands of abortions, he became pro-life.

“What is it like to terminate the life of your own child? I have aborted the unborn children of my friends, my colleagues, casual acquaintances, even my teachers,” he said. “There was never a shred of self-doubt, never a wavering of the supreme self-confidence that I was doing a major service to those who sought me out. I swear to you that I had no feelings aside from the sense of accomplishment, the pride of expertise.”

Then, soon after Roe was decided, the image of a child on the ultrasound screen left an impression on him. The baby was trying to get away from the abortion tools. Seeing that baby changed everything and Nathanson became pro-life.

“A favorite pro-abortion tactic is to insist that the definition of when life begins is impossible; that the question is a theological or moral or philosophical one, anything but a scientific one,” he wrote in The Hand of God. “Fetology makes it undeniably evident that life begins at conception and requires all the protection and safeguards that any of us enjoy.”

Dr. Anthony Levatino committed approximately 1,200 abortions before experiencing a pro-life conversion. He had a private practice in New York and he and his partner were the only local doctors committing abortions. Then two personal events began to change him.

He and his wife were struggling with infertility and decided to adopt a baby, but realized that it would be harder than expected. “I knew the reason I couldn’t find a child to adopt was because of guys like me doing these abortions,” he said.

Then one day he received a call about a 15-year-old girl who’d delivered at the hospital where he worked. That girl ended up placing her daughter for adoption with Levatino and his wife. They named her Heather. Soon after, they learned they were pregnant with their son. But tragically, a few years later, Heather was killed when she was hit by a car, dying in her parents’ arms in the ambulance.

Returning to work after his daughter’s death gave him a different perspective on abortion.

“For the first time after all those years … I didn’t see [that woman’s] wonderful right to choose; I didn’t see what a great doctor I was helping her with her problem. All I could see was somebody’s son or daughter,” he said. After ripping out one of the baby’s limbs, he stared at it and felt sick. He had to finish the abortion, but he was a changed man.

Rather than ceasing to do abortions completely, Levatino began to commit them on only younger first trimester babies — but soon, he realized that the size of the person didn’t make it acceptable to kill them. He stopped committing abortions completely and became an advocate for life.

Dr. Kathi Aultman was in medical school when she had her own abortion. After that, she became interested in obstetrics and gynecology and was fascinated by the bodies of babies; soon, she began committing abortions.

When she gave birth to her own baby, her support for abortion began to fade because of three patients who sought abortions. The first was a young girl who had undergone multiple abortions, including three that Aultman had committed herself. Aultman didn’t want to commit another abortion on this girl but was told she had to, so she did. The next woman shocked Aultman when she told her, “I just want to kill it.” The third woman was a mother of four who felt she couldn’t afford another baby and she cried the whole time.

That was Aultman’s last abortion. She realized they were little people just like her daughter. The fact they weren’t wanted was no longer a justifiable reason for her to kill them. She continued, however, to refer for abortions.

“It wasn’t until I saw young girls in my practice who had babies and did really well and I had always thought that an unplanned pregnancy for a young girl was the worst thing that could happen to her. […] I had other patients who were seeing psychiatrists, struggling with the physical complications of abortion and it just wasn’t what I expected. It didn’t jive with the rhetoric that I had embraced.”

Then, Aultman returned to church and saw young girls at church who had babies and as she watched those children grow up into wonderful people, she saw that these are real people that abortion is killing who never get a chance to grow up and see who they’d have become.

Finally, an article comparing abortion and the Holocaust allowed her to understand how dehumanizing certain people allows others to justify killing them. “That’s when I realized that I was a mass murderer, that I had killed all of these people,” she said. “And that’s when I completely changed my opinion on abortion.”

“That hit me like a dagger,” she said. “It made such an impact on me because I wanted to be a respected physician in the community. However, I was still in the state of delusion and I thought I should make abortion available to women in desperate situations. I decided I wouldn’t publicize it; I would just provide abortions to close patients and friends who I thought could keep a secret. But one day a colleague down the street from my practice sent a patient to me for an abortion. And it startled me — ‘How did he know that I did abortions?’ All of a sudden my reputation was on the line and I decided to quit doing abortions.”

In a video for Live Action, Dr. Johnson explained that she eventually became fully pro-life. “[…] I came to recognize the inherent value and dignity of all human life. That’s when I truly saw the ugliness of abortion. Now I am a pro-life advocate. I am proof that anyone can change, no matter who they are or what they have done.”

Dr. Patti Giebink was a practicing OB/GYN when Planned Parenthood approached her about committing abortions one day a week. She agreed even though she knew it was a contradiction to her job delivering babies.

“I would be delivering babies the day before and the day after, and then I’d go to the abortion day,” Dr. Giebink said in an interview with Focus on the Family. “When I think back, and I think… well that’s really mentally schizophrenic: working really hard to save my OB patients and their babies, and then the next day going in and doing pregnancy terminations.” In order to live this double life, she said she had “pretty thick blinders on.”

She began to see that Planned Parenthood was focused on selling abortions for profit whether the women really wanted the abortion or not. Then, one particular patient acted as though she didn’t really want an abortion.

“She was clearly undecided. I said, ‘You know, you seem to be struggling with something.’ She said she really didn’t want to do this… And I said, ‘You can always reschedule. If you’re unsure, reschedule. Come back when you’re sure.’” She added, “I guess that wasn’t the company line,” because Planned Parenthood was displeased.

Another woman, who was visibly pregnant at 24 and a half weeks (more than six months), came in for an abortion and Giebink told her she was too far along. But the woman was “flippant” and said that she had an abortion scheduled in Kansas in two days where she could abort up to 25 weeks. Babies born as young as 21 weeks have survived outside the womb with medical assistance.

These experiences combined with the lack of quality care Planned Parenthood was providing led Giebink down the path of pro-life conversion.

Dr. Haywood Robinson, husband of the late Dr. Johnson, said during residency training that he learned how to carry out a D&C for both abortions and miscarriage treatment. After residency, he and his wife went on to commit hundreds of abortions before one moment changed everything in his small, conservative community.

“Being the community abortionist would not be something compatible with practicing in the community,” he said. “We no longer were involved with doing abortion. We still believed in it and we still referred for it.”

But at a church conference in 1986, Robinson learned the truth of the Gospel and it transformed his worldview. He and his wife abandoned their pro-abortion beliefs and became pro-life advocates.

“[God] opened our eyes to how heinous this war against babies is and He launched us on a pro-life career,” Dr. Robinson said.

Dr. Beverly McMillan moved to Jackson, Mississippi, in 1975 with her husband and sons and she became the first doctor in the state to commit abortions. Over the next few years, she carried out hundreds of abortions, and her “business was thriving.” But she wasn’t happy.

“The problem was, I was so depressed, I could hardly stand it,” she said. When a new friend learned that McMillan committed abortions, she began a prayer chain to pray for her. McMillan began to become less and less comfortable carrying out these deadly procedures.

“Part of the abortion process is when I would take the suction cloth out of the machine, bring it over to the sink and make sure I got all the right parts,” she explained. “If not, I would have to go back and suction more or else the woman would be back 48 hours later with an infection. One day, an associate wanted to see me do this and I happened to be performing an abortion on a 12-week-old fetus. I thought to myself, ‘This will be good because the fetus is big enough to see all of the parts clearly.’ You could see that the fetus was a little boy and sitting apart (from the body, torn off) was a little arm with a perfectly-formed little bicep muscle. It reminded me of my son when he flexed his arm. And I thought, ‘What am I doing? Five minutes ago that was all complete…’”

Then she began reading reading a book on self-improvement, which encouraged readers to repeat, “I can do all things through Christ who strengthens me” ten times a day. At first she refused to do so, but eventually, she recalled that she said the Bible verse in the car and had a religious experience. After this, she began to work to shut down abortion facilities. Just recently, Mississippi’s only abortion facility shut its doors.

Former abortionists know the full truth about the abortion industry and their stories are helping to make abortion unthinkable and illegal.