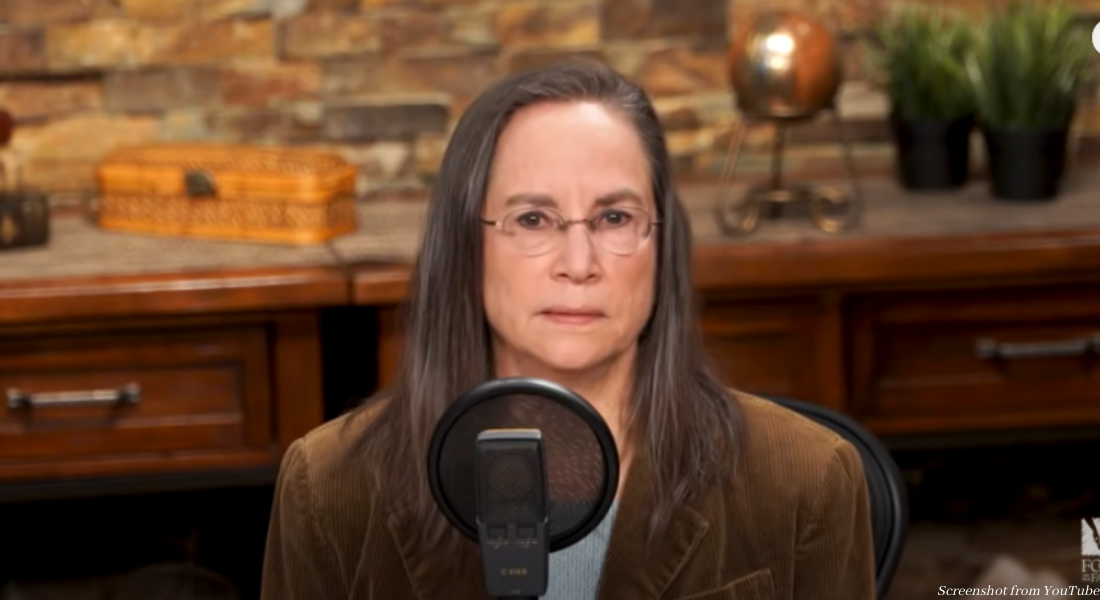 A former Planned Parenthood abortionist recently shared her story in an interview for Focus on the Family. The interview told her conversion story as part of a promotion for her book, “Unexpected Choice: An Abortion Doctor’s Journey to Pro-Life.”

When Planned Parenthood approached practicing OB/GYN Dr. Patti Giebink and asked her to commit abortions one day a week, she recognized the inherent contradiction in what she was doing. “I would be delivering babies the day before and the day after, and then I’d go to the abortion day,” Dr. Giebink said in her interview. “When I think back, and I think… well that’s really mentally schizophrenic: working really hard to save my OB patients and their babies, and then the next day going in and doing pregnancy terminations.” In order to live with this cognitive dissonance, Dr. Giebink said she had to have “pretty thick blinders on” in order to stay focused on her “work.”

But Planned Parenthood’s abortion-driven business model began slowly to erode these blinders, and pricked at her conscience through her ability to provide what she saw as appropriate care. The abortion giant actively deterred her from being able to do much more than commit as many abortions as possible, whether women were sure they wanted them or not. “Make no mistake, they’re about money. And abortion is their top moneymaker,” she said. “Abortion days were really crazy. I didn’t really think about, ‘Is this good health care or not?’ It was just, you know, busy. But when I worked there full-time, it became apparent to me that my hands were tied as far as providing good healthcare.”

She said she felt that she was a mere “technician,” unable to counsel or connect with her patients, or do anything other than commit abortions.

As Live Action News has reported, Planned Parenthood has a history of ousting even their highest leaders if they aren’t laser-focused on abortion. When Dr. Leana Wen wanted to re-invent Planned Parenthood as a provider of legitimate health care rather than an abortion-focused business, she was fired. An earlier attempt to do the same in the mid-1990s was also brought to a sudden halt.

For Dr. Giebink, this became crystallized to her through one patient in particular who came to the facility, went through with the pre-abortion labs and workups, paid up front, but acted as though she ultimately didn’t want to have an abortion. “She was clearly undecided. I said, ‘You know, you seem to be struggling with something.’ She said she really didn’t want to do this… And I said, ‘You can always reschedule. If you’re unsure, reschedule. Come back when you’re sure.’” However, because she didn’t push their main money-making procedure, Planned Parenthood was very unhappy with her. “I guess that wasn’t the company line,” she told the interviewer.

When asked to comment on the state of the Planned Parenthood facility, Giebink confirmed what many women and inspectors have found at abortion mills around the country: that the facility was filthy, and women’s safety takes a back seat to profit.

“If I were doing exactly the same procedure in a hospital setting… in a real, operating room, that’s one experience. But to do basically the same procedure in a small clinic with much lower standards — and plus there’s no provision for complications. I mean, being the doctor, I was always aware of complications and potential complications and trying to prevent those,” she said. “And so every time a state tried to raise the quality of the abortion clinic or provide that a doctor has to have admitting privileges… It should be mandatory, but they fight it. […] They’ll be against even the most basic standards of care.”

With all of these things in her mind, Giebink was ready for God to work in her life. A friend reached out to her, and she reluctantly began to attend church at his behest. Soon she found herself captivated by the message of Christianity. “For the first time in my life, I felt so drawn to this church and to the Bible,” she said, adding, “So I started reading the Bible and starting to understand it. For about a year and a half, I just intensively studied the Bible.” And through the study of scripture, she found God’s message of life. “At some point, I don’t exactly know when, it became so clear to me that God is a God of life. That’s His character, that’s His heart.”

On the topic of how to reach others who still embrace abortion, Dr. Giebink emphasized outreach and kindness. “We have to reach out in some way, even if it’s not about this topic,” she said. Her friend inviting her to church was the catalyst that eventually led her away from Planned Parenthood and towards being pro-life. Dr. Giebink, said the interviewer, shows nobody is beyond God’s reach.