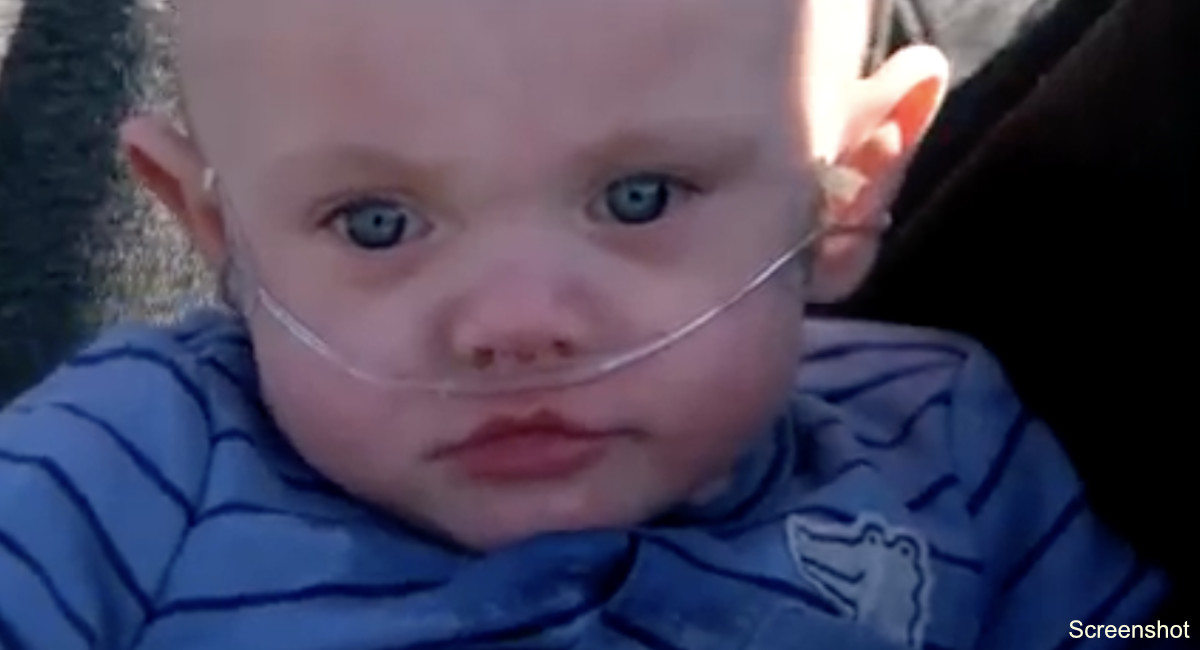 The world’s most premature baby, according to Guinness World Records, has just celebrated his first birthday after being born five months early. CNN featured Richard Scott William Hutchinson’s story, but neglected to mention the fact that he was born at 21 weeks and two days and survived, even as the U.S. Supreme Court weighs the question of viability as it relates to abortion. Richard weighed only 11.9 ounces at birth, a fraction less than a can of soda.

His mother, Beth, suffered medical complications that caused her to go into preterm labor, and she and husband Rick spent the first month of their son’s life wondering if he was going to survive.

“When he was born, they gave him zero percent chance of survival,” Rick told a local ABC News affiliate.

Richard was placed on a ventilator and IV nutrition and made small improvements over time, but he was a challenge for the medical team at Children’s Minnesota in Minneapolis because he was the youngest patient they had ever cared for. Yet, Richard continued to grow stronger, and after six months in the hospital, he was able to go home with his parents just in time for Christmas in December 2020.

“It’s incredibly rare for a baby at 21 and two-sevenths weeks to be resuscitated, let alone survive,” said Richard’s neonatologist Dr. Stacy Kern. “I think Richard has surprised everyone at Children’s Minnesota. He’s taught us all how resilient tiny babies like him can be.”

Without a lot of research available on how to help a baby born so young and small, Kern said the biggest factor was whether or not they would be able to ventilate him to ensure he received oxygen. One of the biggest concerns for premature babies is that their lungs have not finished developing and since their airways are so small it can be difficult if not impossible to get them ventilated.

“Even though [Richard] was 21 and two-sevenths weeks, we could oxygenate him, we could ventilate him, and that just goes to show there is still so much unknown and that we have yet to learn,” explained Kern.

Beth is hoping that Richard’s remarkable journey will help doctors learn how to help other babies born so young. She and her husband started a Facebook page with the goal of helping other parents of preemies get through the challenges.

READ: Heartbroken mom of baby born at 22 weeks: ‘To the doctors, she wasn’t a life worth fighting for’

“Richard is here because we wanted them to try, we wanted them to give him a chance,” said Beth. “He’s definitely given us the drive to keep pushing forward too because he’s shown us even small things can be amazing and bold and strong.”

Bringing Richard home from the hospital was a special day as was his first birthday celebrated with friends and family.

“It doesn’t feel real,” Beth said about Richard breaking the record for the most premature baby to survive. “We’re still surprised about it. But we’re happy. It’s a way we can share his story to raise awareness about premature births.”