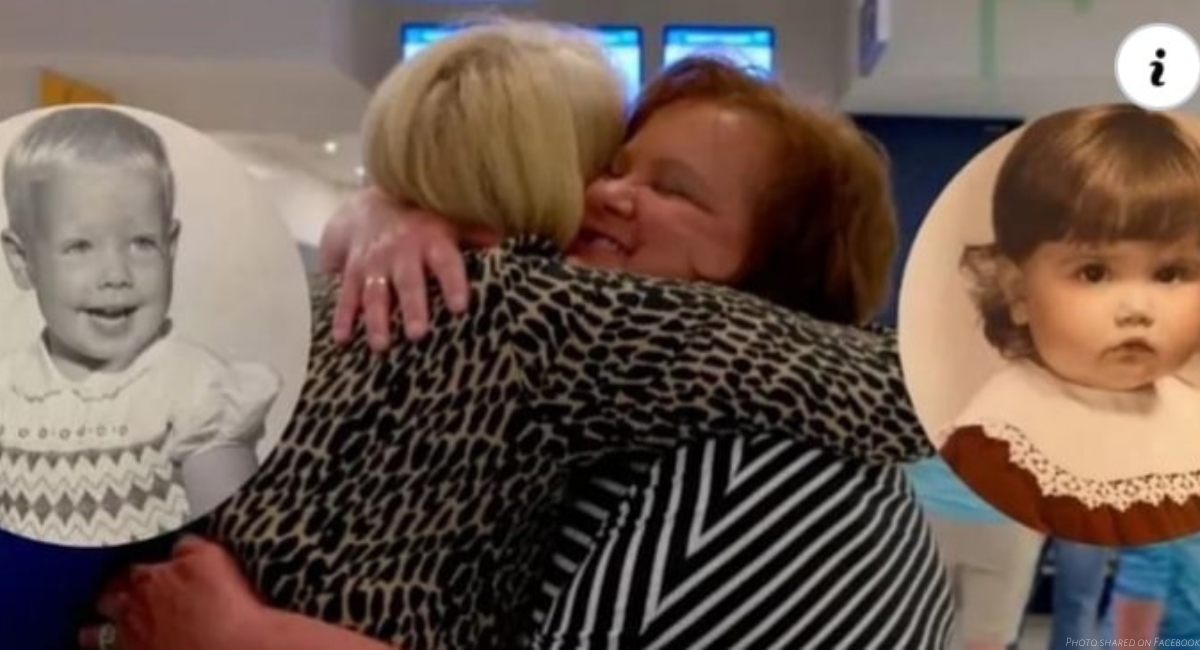 Two women who were placed with adopted families as babies have recently found each other and experienced a touching reunion after 55 years apart.

The two found each other after Ward purchased a MyHeritage DNA testing kit. When the kit results came in, Ward discovered she had a second cousin. That cousin connected her with McLaughlin, and the two eagerly met over a video call.

“It was love at first sight. We just clicked and bounced off each other straight away,” Ward said. “It was like I found my other leg. When I spoke to her on Zoom for the first time it was just an incredible feeling.”

The two even discovered that for a short time when they were children, they had lived just minutes apart in Michigan.

READ: Woman reunites with daughter placed for adoption 80 years ago

“When Diane and I met over video chat for the first time, I took one look at her and it just took the breath right out of my lungs,” McLaughlin told the Daily Mail. “I was so shocked, yet so sure just by looking at her because I saw so many of our family members in that face that was looking back at me,” she said, later adding, “In that moment I felt a joy unleashed.”

Just months after their first video chat, they were able to meet in person when Ward flew from her home in the United Kingdom and McLaughlin traveled from her home in Arkansas to vacation together in North Carolina.

McLaughlin said that the two share a sisterly bond that immediately connected them, despite the fact that they were meeting for the first time. “From the moment we met face to face we sensed each other’s emotions,” she said.

She added that she was overwhelmed with emotion and gratitude for finding out that she has a sister, saying, “The most exciting moment has been putting my hands on my sister’s face and giving her a big hug and kiss.”