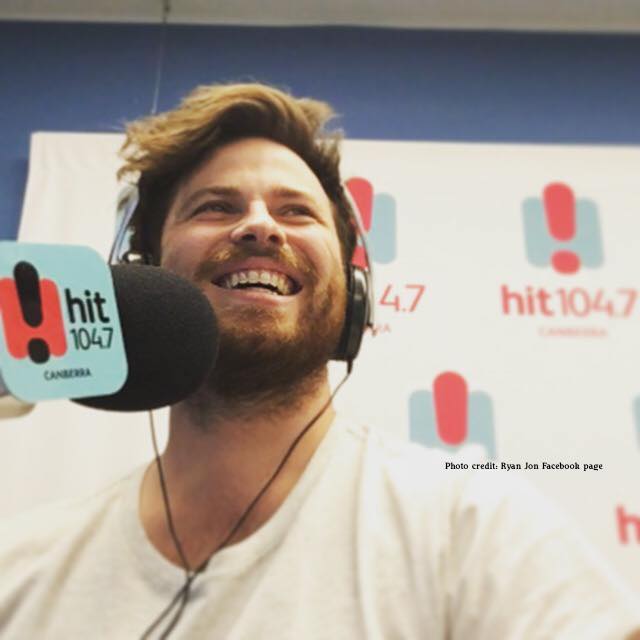 Just in time for Mother’s Day weekend, Australian radio DJ Ryan Jon posted a series of videos in which he shares his adoption story, including an interview with his adoptive mother, Mandy. On Facebook, his main video has received over 2.8 million views.

Jon, a popular radio personality with Canberra’s Hit 104.7, explains that he has never met his biological mother, but he has a Mother’s Day message for her: “Considering all sacrifices and pain my birth mother must have gone though, both physically and emotionally I’d simply like to say thank you.”

In 1987, when Jon’s birth mother became pregnant unexpectedly, she was living with friends and did not believe she was prepared to be a mother. Jon explained, “I don’t really know what it was like in 1987, but now if someone gets pregnant and doesn’t want to have a baby, they just don’t have a baby. The odds of me being born and having great parents was pretty slim, so I’m just lucky I guess.”

To be given life by his biological mother, then to be adopted by caring parents, Jon is indeed lucky. Sadly, many mothers in similar situations involving difficult pregnancies and unpredictable circumstances are pushed towards abortion.

Needless to say, Jon is thankful his mother did not make that choice.

He went on to explain that while he would love to meet his birth mother, to simply tell her thank you, he wonders if she may not want to be found, or if his reappearing in her life may cause her problems. But still, he felt the need to post a “thank you” message in time for Mother’s Day. “It’s totally fine with me if I never meet her, even if I never know she gets the message,” said Jon. “I’d love for her to know how thankful and I am.”

Reaction to Jon’s videos has been overwhelmingly positive, as thousands of commenters on Facebook expressed their own sentiments:

What a beautiful tribute and outstanding gesture. As someone trying to adopt to add to or family thank you for giving me the gift of this message.

This is my first Mothers Day as a mama and it is because of adoption! It took 6 years but we brought our beautiful baby home in December and I thank our birth mom every single day! Adoption is beautiful and is about love from all sides and everyone involved.

Andrea was touched, too, writing:

Heartfelt words. I’m sure she thinks about you every Mother’s Day and more often than you know.

As Jon candidly explains, not everything about adoption is always 100% perfect or free from challenges. But his story — along with others like Olympian Simone Biles’, country star Rodney Atkins’, and Cubs player Chris Coghlan’s — illustrates how much positive impact can result from the decision to give life, even in difficult circumstances.

Editor’s Note: If you are making a decision about abortion, see Clinic Quotes, 10 Reasons Not to Have an Abortion, Abortion Procedures, and What to Do if Your Boyfriend (or Anyone) is Pressuring You to Have an Abortion. You can also check out Stand Up Girl and Option Line or Pregnancy Line to find local resources, help, and trained people to talk to in your area — about parenting or modern adoption. If you’ve begun an abortion, taken an abortion pill, and are regretting your decision, the 24-hour, nurse-staffed hotline at Abortion Pill Reversal may be able to give you information on reversing your abortion. Men involved in a pregnancy situation can check out Abortion and Men and Abortion Exploits Women.