This year has been a record for pro-life laws, with states enacting 106 abortion restrictions thus far, according to Planned Parenthood’s former “special affiliate” and research arm, the Guttmacher Institute. The new total now surpasses the number of abortion restrictions passed since Roe v. Wade was decided in 1973, the pro-abortion group claimed. Live Action News previously reported that by May 2021, over 500 pro-life laws had already introduced in the U.S. this year.

“States have enacted 106 abortion restrictions so far in 2021, a year that has been marked by unprecedented threats to U.S. abortion rights and access,” Guttmacher wrote in their release. 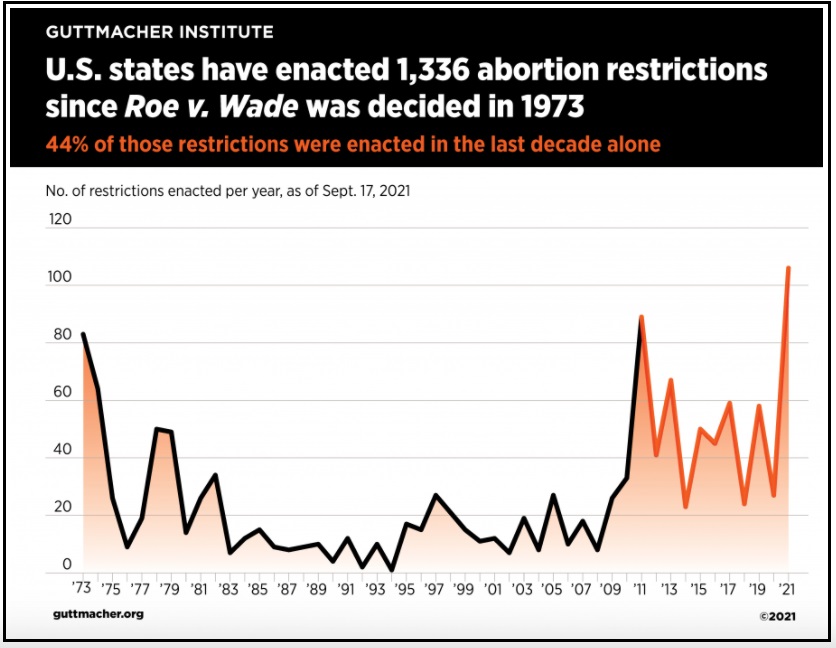 Guttmacher, which tracks pro-life legislation, also claimed 1,336 pro-life laws have been enacted since the infamous Supreme Court case thrust abortion on the nation in 1973. The group also calculated that 44% of those “abortion restrictions” were enacted in just the last decade alone.

While Guttmacher joins the abortion industry in opposing every abortion restriction, the American public is ambivalent about abortion, especially later in pregnancy — when, thanks to Roe’s companion decision, Doe v. Bolton, babies can be legally aborted for any reason mere days before their due date. As such, abortion restrictions are lawmakers’ way of responding to the will of their constituents.

According to a January 2021 Marist Poll, three quarters of Americans, including a majority who identify as “pro-choice,” want significant restrictions on abortion. The poll found that 76% of Americans would support restricting abortion 1) to the first three months of a pregnancy (25%), 2) except in cases of rape, incest and life of the mother (28%), and/or 3) to only save the life of the mother (11%). Twelve percent (12%) would ban it completely. 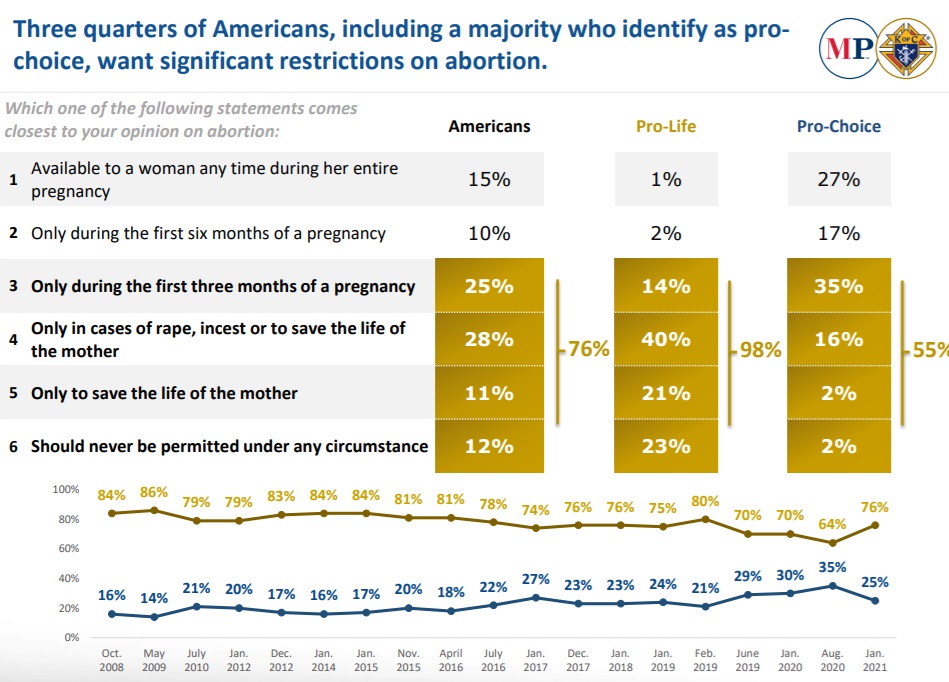 Similarly, the most recent Gallup poll for May 2021 also shows that the American public would like to see abortion severely restricted. It revealed that 67% of those polled wanted abortions to be legal only under certain conditions (48%) or illegal in all cases (19%).