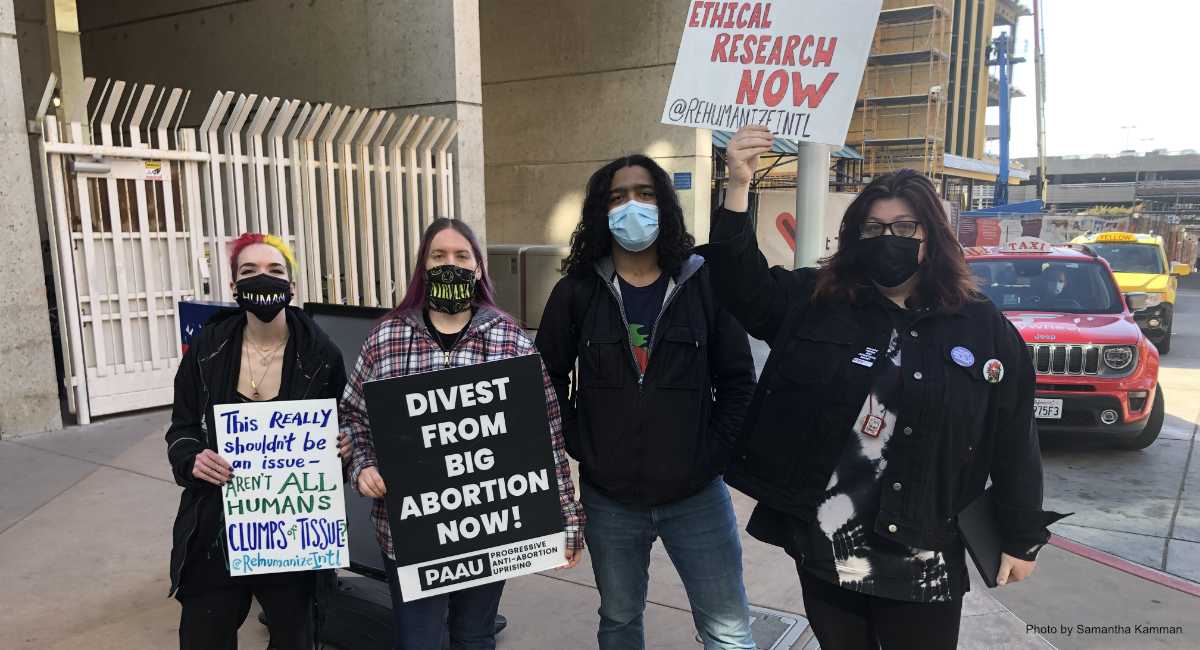 The issue of fetal experimentation was at the center of a March 14 protest conducted at the University of California San Francisco (UCSF). Activists representing Survivors of the Abortion Holocaust, Progressive Anti-Abortion Uprising (PAAU), and Pro-Life San Francisco were arrested after gaining access to the institution’s late-term abortion facility, the Women’s Options Center 6G. After being held for a brief period, Terrisa Bukovinac, AJ Hurley, and Kristin Turner were later released on the same day.

Prior to the arrest, the leaders of the three respective groups facilitated a pink rose rescue, offering life-affirming resources to abortion-minded women before engaging in a nonviolent disruption. The pro-life demonstrators confronted the staff about UCSF’s practice of aborting viable children for taxpayer-funded fetal experiments, as well as the concerning lack of oversight regarding the institution’s handling of born-alive infant cases. 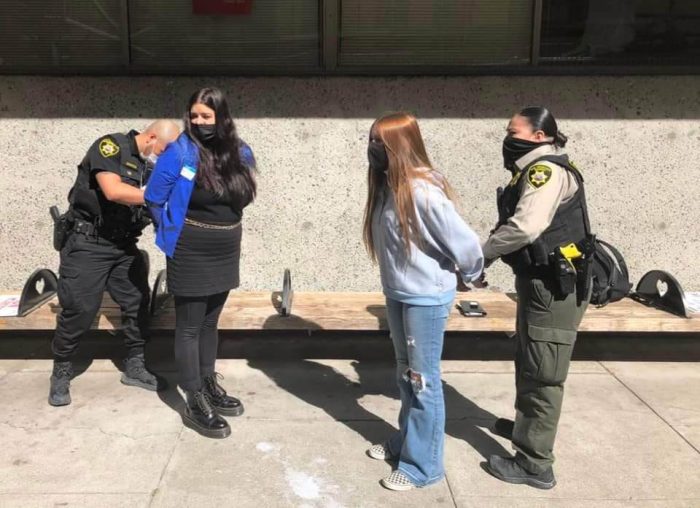 “UCSF has had ample time to address the very plausible claims activists have made against them,” Turner, executive director of Pro-Life San Francisco, told Live Action News. “They are committing procedures with high rates of live birth, they have no protocol for live births on the books, and we know they have had the ability to address our concerns in the media since they reported to Politifact that they have never had a live birth during an abortion in any of their centers.”

“The time for talk is coming to an end; it’s time for action,” she said.

“We chose 6G specifically because it is the focus of our research at Pro-Life San Francisco,” Turner said. “We KNOW how egregious their practices are and the strategic power of nonviolent direct action there. We had very limited time to make this decision, but I know it was the right one. These types of actions put those in power into situations where they are forced to respond to our concerns.”

Hurley, Director of Survivors of the Abortion Holocaust, outlined the various ways he and other pro-life activists have drawn attention to UCSF’s fetal research practices. From handing out leaflets to speaking at Board of Regents meetings, Hurley said that he and other pro-lifers have worked for years and explored every avenue of legal means to draw attention to the institution.

The pro-life activist acknowledged that some may disagree with this manner of protest, but Hurley believes critics should think about whether it was their child or sibling who was moments away from being “delivered to death.” To Hurley, providing preborn children with what may perhaps be the only “tangible act of love” they will ever experience makes the risk worthwhile.

Speaking with Live Action News, Bukovinac, co-founder and Director of PAAU, highlighted the nature of UCSF’s experiments and why the institution’s methods for gathering material for research purposes should concern the public.

“I think it’s critical that people understand that the unborn children being exploited at this facility are past the age of viability much of the time, and there is no feticide used,” Bukovinac told Live Action News. “So these unborn children are fully pain-capable and able to live outside of the womb on their own. And yet, they are being dismembered alive or medically induced and being born and then taken over to a lab at building three for medical experimentation.”

“This is real. This is NIH-funded research. It’s not something that is a conspiracy theory,” she said. “It is in black and white, and it’s funded by taxpayer dollars.”

The PAAU director went on to address the need for the public to take “seriously” UCSF’s treatment of aborted children and to let it “sink in.” Regardless of religious or ideological differences, Bukovinac called on the San Francisco community and communities across the country to stand up to this “barbarism.”

“There is going to be no accountability for these killers until every day Americans stand up and say ‘no more,’” Bukovinac said.

The Need for Oversight

On March 16, Pro-Life San Francisco and a group of volunteers spoke at the UC Board of Regents meeting to call for ethical research practices and accountability for UCSF’s potentially criminal behavior. When it was her turn to speak, Turner warned the committee that failure to take action would make them responsible for the next Kermit Gosnell, relating the activities at UCSF to the notorious case surrounding the Pennsylvania abortionist.

Another speaker, Victoria Schneider, a pediatrician who trained at UCSF, noted the irony of the institution caring for premature infants while also aborting children around the same age. During a 1985 rotation in the Intensive Care Nursery, Schneider recalled even being impressed by a neonatology fellow’s care for vulnerable, premature humans. This fellow is now the current chancellor at UCSF.

“Let’s fast forward to today, where UCSF’s Women’s Options Center prides itself on training doctors on methods to end a premature infant’s life while still in the womb, including late-term abortions, when many babies could survive outside the womb,” the pediatrician said.

“… The only difference between what is going on now, and going into the nursery now, and choosing to end an infant’s life who’s already alive and being taken care of in the nursery, is that what’s being done now is being done in the dark, in utero, instead of under the bright lights of the nursery,” she said.

“There is a massive disconnect that here in medicine, we’re here to help people survive, but UCSF has gone so far down the road of science that the ending of these lives is justified,” Schneider continued. “It is time to stop these practices at UCSF.”

Editor’s Note, 3/22/22: This post has been updated since original publication.