She fell ill quite often, getting three ear infections all within four months. At the young age of twenty-five she felt it was not normal, so she made an appointment with an ear, nose, and throat specialist to see if something more serious was going on. After the doctor examined her, he said that everything looked fine and that Alicia shouldn’t worry too much about it. Even with his reassurance, she couldn’t shake the feeling that something was not right. She was always a healthy, active and energetic person.

At the time, she had a two-year-old and a ten-month-old. The logical explanation her doctor gave her was that the two young children were running her down. Young decided to go back to her primary provider and explain more fully the symptoms she was experiencing for a second opinion.

Thankfully, she wholeheartedly listened, and mentioned that Alicia’s neck look enlarged. That doctor ordered blood tests, a neck ultrasound and a sinus scan. After completing the test it was determined that Alicia had two separate four-centimeter nodules on her thyroid that needed to be biopsied. Not even twenty-four hours after the biopsy was done did the phone call come that she had cancer and needed surgery immediately.

After her first surgery in October 2015, the doctors expressed it was a success! At her three week post-op check and scan, it was determined that the lymph nodes that are around the thyroid also needed to be extracted—a surgery that was completed at the end of November of 2015. It was so emotionally and physically draining.

After her surgeries, she was on track to start her radioactive iodine treatment after Christmas. Before she went into her appointment, scans had to be done and blood had to be drawn. Alicia arrived to her appointment with total expectation to hear the side affects of radiation and how the treatment would affect her life.

Instead, the doctor came in and rather matter-of-factly stated that her blood results had came back and that she was roughly four to six weeks pregnant. He recommended immediate termination. He stated that if she didn’t terminate, she would need another surgery.

Cancer in the lymph nodes travels fast. She was in complete shock. With every imaginable emotion surging through her, she fought every urge to scream and cry.

As the doctor discussed the risks of Alicia sustaining a  pregnancy in her condition, she immediately blurted out that she would not be terminating the the life of her unborn child. The doctor tried to persuade Alicia to go home and reconsider it, reiterating to her the risk of the cancer quickly spreading throughout her body, killing both her and the baby.

The words “termination”and “fetus” were stated over and over again. Alicia forcefully told the doctor that if he repeated the word termination one more time, she would find a new doctor who would treat them both! While deep down, Alicia felt he was just doing his job and trying to advocate for her health, she continued to wonder who was advocating for the life inside of her. She knew that as a mother, she was this child’s advocate.

Her doctor informed Alicia that he could not, “in good conscience,” keep Alicia as his patient, so she was passed off to his colleague within the same office. Her new doctor was very optimistic and compassionate, thoroughly monitoring her pregnancy very closely.

Towards the end of her pregnancy, the tumor markers in her blood were very high. The doctor said that her cancer had spread and that she would need another surgery to remove lymph nodes through out her entire neck. He reassured her that he would make sure everything went smoothly. 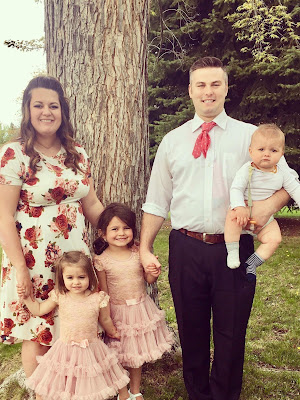 Alicia’s son, Evin William, was born perfectly healthy. According to Alicia, he was her “easiest delivery.” Evin was a whopping 10 pounds, 14 ounces, and 21 inches long. Alicia says:

He was so calm, so happy and I truly felt he was meant to be. I also remember in that moment bawling my eyes out thinking that if I had made one decision, one seemingly valid and appropriate decision, then this beautiful baby boy wouldn’t be here.

A little over a month after her son’s birth and after numerous scans/blood work, Alicia had her third and final surgery to remove the cancerous lymph nodes throughout her neck. She healed slowly and only six weeks after surgery, underwent her radioactive iodine treatments which left her in a ten-day isolation. It was difficult to be separated from her three children, but 15 months after her son’s birth, Alicia is cancer-free and eight months pregnant with her fourth—all together and alive!

Alicia is yet another of many examples that a pregnancy can be sustained even when it is said that the mother’s life is in danger. If you are reading this and currently have received such a prognosis, don’t give up on your baby. Get a second opinion!

Editor’s Note: This article was originally published at Secular Pro-Life and is reprinted here with permission. Author Heather Hobbs is an editor and blogger at Life Defenders.