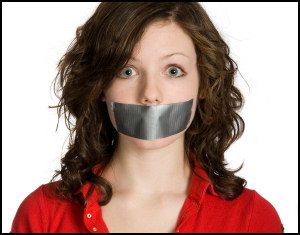 On June 16th, the CNN program In The Arena, anchored by Eliot Spitzer, featured a segment with Tony Perkins, the president of the Family Research Council. While discussing the various reasons for the recent funding cuts to Planned Parenthood, Perkins correctly noted that Planned Parenthood has been implicated in “covering for child prostitution” and “not reporting underage women or girls coming in for abortions.”

Spitzer quickly interrupted, accusing Perkins of slander for making “a series of undocumented, unproven comments about Planned Parenthood” and “trying to build a case that is simply not accurate and fair to Planned Parenthood.”

In response, Perkins directed Spitzer’s viewers to Live Action’s undercover videos that exposed Planned Parenthood covering up the sexual abuse of children, violating mandatory reporting laws for statutory rape, while also aiding and abetting the sex trafficking of underage girls. Perkins then asked Spitzer to let his viewers decide for themselves.

Spitzer objected. Unwilling to even consider the evidence, he warned Perkins against talking about Planned Parenthood’s corruption. “I’m not going to let you get away with that,” he said. However, they could have a “fair debate” about “other stuff.”

But in a fair debate, each participant either provides a counterargument when their opponent makes a point, or concedes the point. Spitzer did neither. And worse, instead of merely dodging the issue, and changing the subject, he shut down the debate, and ended the interview.

Spitzer also failed to disclose to CNN’s viewers that Planned Parenthood had endorsed him during his run for governor of New York. Could it be that he was returning a favor? Or was he just following the standard pro-abortion tactic of silencing criticism?