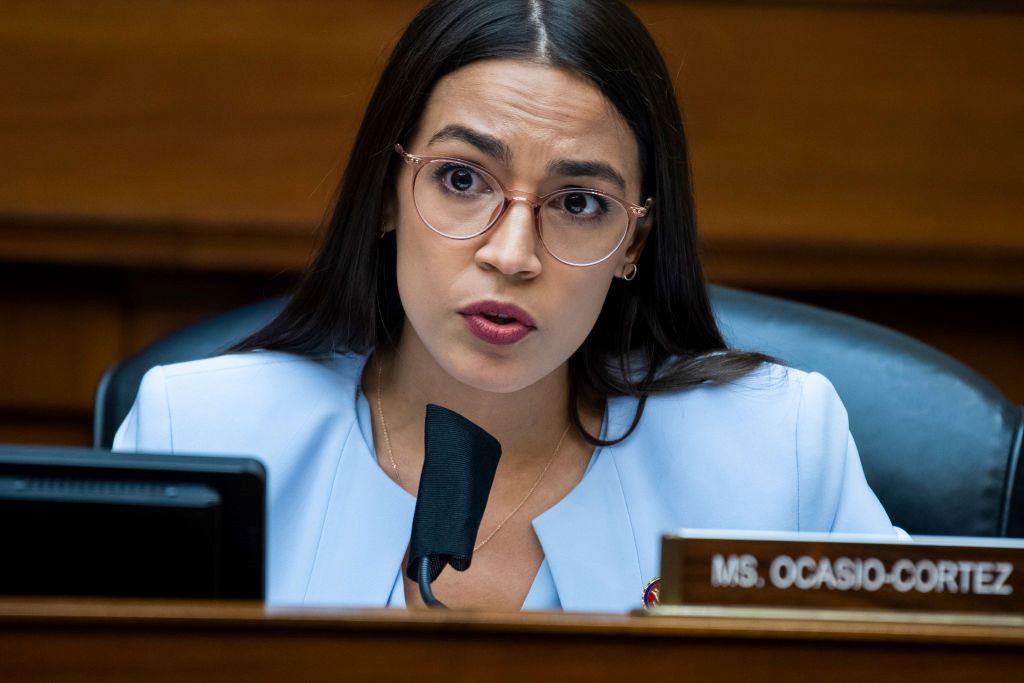 A letter sent to Dr. Janet Woodcock, Acting Commissioner of the Food and Drug Administration (FDA), is calling for an end to the “in-person dispensing requirement for mifepristone,” the first drug used in the abortion pill regimen. The letter was signed by Democrat members of the House Oversight Committee (Ayanna Pressley, Carolyn B. Maloney, Eleanor Holmes Norton, and Alexandria Ocasio-Cortez) who have all been endorsed by Planned Parenthood and other pro-abortion organizations.

This is the latest attempt by the abortion industry to remove an important safety system put in place by the FDA called Risk Evaluation and Mitigation System (REMS), and it comes as reports have noted the economic strain brought on by the COVID-19 pandemic may be financially impacting independent abortion businesses. It is likely that expanding access to the abortion pill will increase abortions — which would be quite profitable for the abortion industry. However, expanding access and removing safeguards will not be beneficial for women. 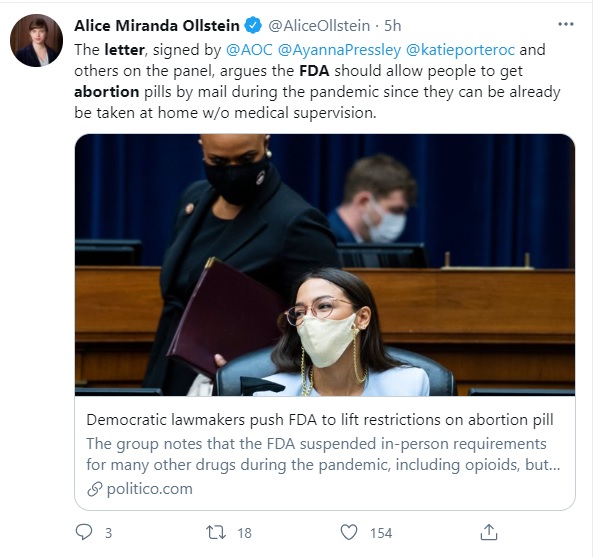 REMS also requires prescribers of the abortion pill to have the ability to accurately assess the gestational age of the baby and rule out life-threatening ectopic pregnancies. As late as 2019, the pro-abortion American College of Obstetrics and Gynecology (ACOG) noted in their abortion practice bulletin, “Before medical abortion is performed, gestational age should be confirmed by clinical evaluation or ultrasound examination.”

To cut costs, the abortion industry wants to eliminate these measures and simply accept the woman’s best guess as to the gestational age of her child. Errors in estimation could be problematic and even dangerous for women and teens who take the abortion pill.

Last year, the abortion industry initiated a ‘no-test’ abortion protocol under the guise of COVID-19, despite having this plan in the works prior to the pandemic. Using the pandemic as an excuse, they pushed for the removal of the FDA’s REMS safety rules in order to flood the market with online DIY abortion pill websites and pharmacy dispension.

The FDA safety protocols also require that mifepristone — one of the two drugs in the abortion pill protocol — “must be dispensed to patients only in certain healthcare settings, specifically clinics, medical offices, and hospitals, by or under the supervision of a certified prescriber.”

Pro-abortion political operatives object to this, writing that “[i]mposing this requirement in the midst of a deadly pandemic — one that has disproportionately impacted communities of color across the United States — needlessly places patients and providers in harm’s way, and further entrenches longstanding health inequities.””

The congressional abortion supporters add, “In light of the clear danger that the reinstated requirement poses to people seeking comprehensive reproductive health care at the height of the coronavirus pandemic, we urge you to immediately eliminate the medically unnecessary in-person dispensing requirement for mifepristone.”

The letter cites the ACOG, a radically pro-abortion organization which has claimed that the FDA’s REMS safety protocols for mifepristone “have no medical basis, provide no patient benefit, and unnecessarily restrict access to care.” The ACOG even “filed a lawsuit asking a federal court to order FDA to suspend the in-person dispensing requirement for mifepristone during the coronavirus pandemic,” the letter added.  In January of 2021, the Supreme Court of the United States granted a stay enabling the FDA safeguard to remain in place, at least for now.

But the letter failed to report how the ACOG has a cozy relationship with the abortion lobby, a potential motive behind the organization’s desire to see the safety protocols lifted. The ACOG has been funded by Ibis Reproductive Health, which has received direct funding from Danco, the abortion pill’s manufacturer. The ACOG has also receiving funding from the Buffett Foundation (2016), which invested money in Danco. The ACOG in turn has for years funded the Bixby Center for Global Reproductive Health, where abortionists are trained.

Safety of the abortion pill

The abortion industry claims the abortion pill is safe — so safe that it doesn’t need any FDA safeguards, and should even be sold over-the-counter. But these claims are often made by people with potential financial conflicts of interest who could be motivated by profit rather than actual safety, and pro-abortion politicians and the media fail to investigate. The abortion pill has been responsible for at least 24 known fatalities among women and has caused thousands of serious adverse effects. Even so, changes made in 2016 no longer require Danco to report non-fatal adverse effects to the FDA.

The FDA initially required Danco to report all adverse events, according to Janet Woodcock, who was also Director of the FDA’s Center for Drug Evaluation and Research when the Agency approved the abortion pill. Woodcock testified the following before a House Committee in 2006:

… the FDA approves a new drug application if a sponsor demonstrates, through required clinical trials, that a product is safe and effective for its intended uses. The limited populations of clinical trials, however, usually do not generate all of the information about risks of a new product. Adverse effects not detected during clinical trials frequently are identified after approval through reporting to manufacturers or directly to FDA, observational studies based on more widespread use of the product after approval, or through post-marketing clinical-trials.

To account for this need, FDA created the Adverse Event Reporting System (AERS), a post-marketing drug safety program designed to collect and assess adverse events identified after approval for all drugs regulated by the Agency.”

Now, a newly published study — which analyzed all adverse events reports (AERs) submitted to the FDA by abortion pill manufacturer Danco Laboratories — calls into question the safety of the drug. The team of over 30 board-certified physicians spent three years reviewing thousands of pages of AERs and discovered glaring deficiencies in reporting on abortion pill complications and deaths.

They also found that more than 60% of the surgeries due to abortion pill complications were not handled by abortion facilities but by urgent and emergency care facilities, increasing the potential for massively underreported complications. As a result, authors of the study are calling for even tighter requirements to be implemented.

The pro-abortion mantra used to be “abortion should be between a woman and her doctor.” Now, for the sake of profit, the goal seems to be the “de-medicalization” of abortion altogether, and neither women nor children will be safer for it.