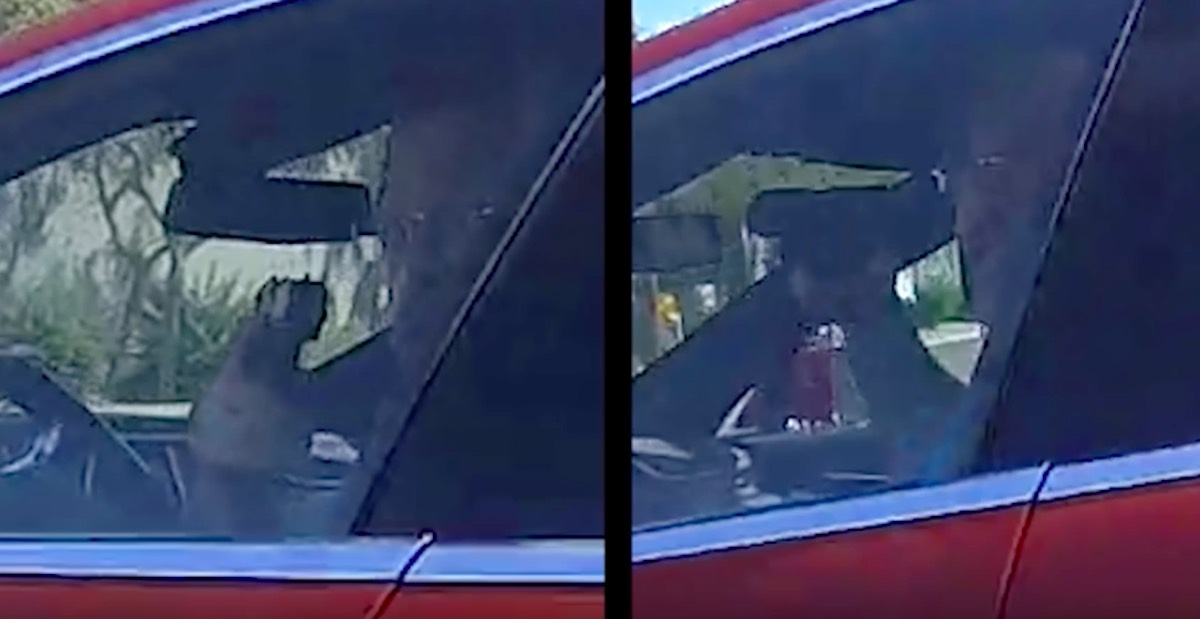 UPDATE, 10/19: According to Fox 10 Phoenix, as of 15 hours ago, Dr. Ronald Yunis was arrested “on suspicion of aggravated assault.” 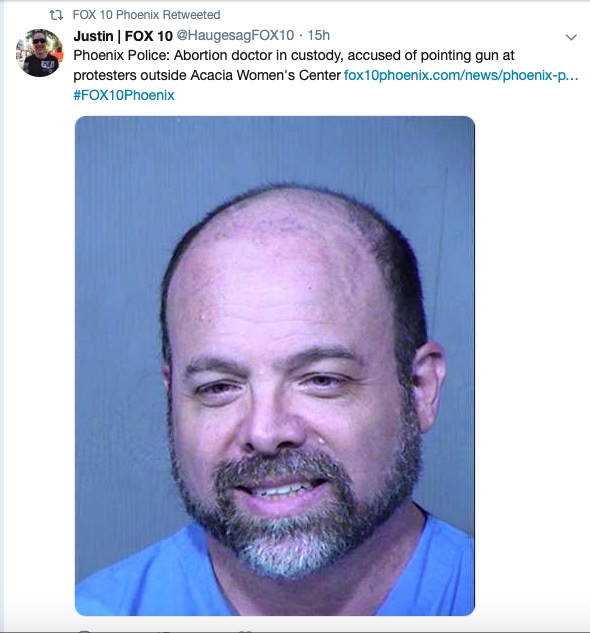 Original post, 10/18/19: Apologia Studios released a video today showing Phoenix abortionist Dr. Ronald Yunis pointing what appears to be a gun at an abortion protester outside his facility, Acacia Women’s Center. In the video, sidewalk protester Elvis Kesto points out the abortionist’s red Tesla as it exits the parking lot, and the abortionist appears to turn and raise a gun, pointing it at Kesto from behind his driver’s side window. Despite video and freeze frame evidence, police claim that they can’t tell if it’s a gun, adding that when they questioned the abortionist, he claims he doesn’t bring weapons with him to the office. Then, they decide to do nothing, and leave. Watch:

In the video, you can hear Kesto shouting at the abortionist’s vehicle, “Dude, you’re a coward, you’re a coward,” and then Yunis very clearly points an object strongly resembling a gun at Kesto. After a week of no response from police to the filed report, Kesto calls police again and says the abortionist is at the facility at that moment. When the officer arrives, he seems surprised that it is the doctor who is being accused. Kesto shows the officer video of the incident.

However, after entering the facility and speaking with the abortionist, police claim they can’t tell if it’s a gun in the video footage, and claims the witnesses that Kesto has —  meaning others protesting on the sidewalk that day — “aren’t independent witnesses.” Furthermore, the officer states that Dr. Yunis claims he doesn’t bring weapons to work, and responds that they don’t intend to search his vehicle to confirm this. A police supervisor is called, and still, nothing is done in response.

In the video, Kesto is seen presenting the still shots of the alleged weapon to other police officers at an off-site location, and those officers agree that the object in the photos looks like a gun. One officer responds, “Either way, the statute’s pretty clear as far as brandishing versus displaying. So even if this is a toy, he’s holding it in a manner, pointing it in a manner — I don’t know the circumstances of the event — but I think his intent was that you believed it was a gun.”

Jeff Durbin of Apologia states in the video, “We have the footage itself, and the footage speaks for itself. Anybody can see it. And I just want to say that if any of the pro-life ministers out here had pulled a weapon on the abortionist last week, I don’t think it would be but maybe a matter of a couple of hours before action was taken to put one of us in handcuffs, rightly so.”

A Phoenix abortion doctor, Dr. Ronald Yunis, pulled out his gun and pointed this deadly weapon at Elvis Kesto (a man who has saved many children). The Phoenix Police Department did not respond to the witnesses and to the video after a week of the report. They were called again. They still won’t. You are now a witness to the crime. Please, join us in contacting the #PhoenixPolice and demanding the arrest of Ronald Yunis. This is a serious injustice that needs to be addressed. You can help us.

On social media, several pro-lifers have pointed out what Durbin said — that, were the shoe on the other foot, so to speak, this scenario would have likely been handled very differently — and likely, any protester brandishing something resembling a gun in a threatening manner would have been arrested.

Sadly, pro-lifers are no strangers to violence outside abortion facilities. Violence in general against pro-lifers seems to be increasing, with pro-lifers being spat upon, attacked, charged at, punched, vandalized, roundhouse kicked, assaulted, shoved, and more.