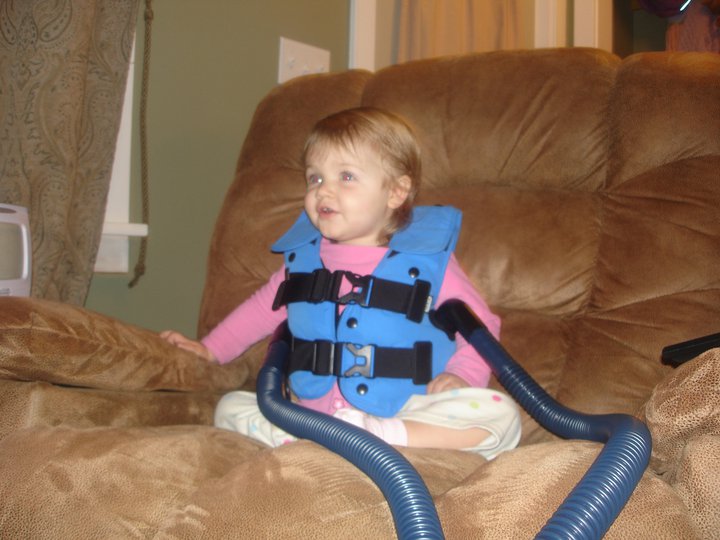 I have a daughter. We’ll call her Peanut. Peanut has cystic fibrosis. She is a survivor, in more than one way. She is a survivor because every day she does over an hour (once in the morning and evening and more often when she’s sick) of therapy to get thick mucus out of her lungs. Every 3 months she goes to the CF clinic for a checkup that includes a throat culture. Plus she goes through blood draws and chest x-rays like a champion. But she’s also a survivor because children like her with CF are often killed in the womb.  It turns out that despite their beautiful smiles, strong wills, and fierce personalities, many CF babies aren’t perfect enough for their parents and they are aborted. Unfortunately, even if the testing shows a false negative and a child with CF is born, her parents wish she hadn’t been.

A couple in Montana is currently suing their various health care professionals for, as the couple claims, failing to test the unborn baby for cystic fibrosis. Besides the fact that cystic fibrosis isn’t routinely tested for in the child during pregnancy, even if both parents had been tested for carrier status they would have likely only been tested for the top 90 mutations out of over 1600.

The couple claims that had the medical professionals done their job then they would have known their unborn baby had CF and they would have aborted her because of the medial costs associated with CF. They are suing for wrongful birth.

In Texas, another couple is suing a sperm bank after their son was diagnosed with CF shortly after birth. It turns out that the wife is a carrier for CF, as was the sperm donor.  The sperm bank’s web site stated that all of the sperm was tested for genetic conditions, therefore the couple felt as though they would have a healthy baby. But again, there are over 1600 mutations of CF and some are still unknown. It would be impossible for a sperm bank to ensure that any sperm was free from the genetic condition and the sperm bank was wrong to make that claim.

The couple says the entire sperm bank industry is highly unregulated. But it’s highly unethical as well. Not only are these sperm donors fathering children all across the country who will never know if the stranger next to them could be a sibling, but it’s just another example of people playing God and not liking the outcome. I’m hoping this couple doesn’t regret their son like the Montana couple regrets their child.

These lawsuits will affect their children negatively down the road. For parents to look at their child and say, “I would have aborted you” or “I wish you hadn’t been born” says two things. Not only does it imply they don’t love their child (which I have decided to believe they do), it teaches their child that her life has no value. It tells her she has no purpose, that because she has a genetic condition she shouldn’t have been born, and therefore never been able to know love, or learn to read or dance, or get married. All that matters about her is that she has CF. Her smile, her laugh, her curiosity, her courage all mean nothing.  That is where the true suffering arises. She suffers mentally and emotionally not because she has CF, but because her own parents are telling her that she is not worthy of life. She learns that the cost of caring for her was worth more than her life. And this lack of self-worth will mean she doesn’t care about taking care of herself, which with CF, means earlier death.

My daughter, by the way, is thriving. She isn’t sick. She isn’t suffering. She does her treatments willingly and actually looks forward to them because she gets to watch a movie or play games. She takes pills every time she eats, consumes a high calorie, high fat diet, and takes special vitamins and a few medications. Her life is a little bit different, just like everyone else. Of course, some with CF haven’t been as lucky as she has.

CF is different for everyone due to the different mutations, which are grouped in classes of differing levels of severity, and because each person’s own genetic makeup plays a role in severity. Basically, you can’t predict how a person’s CF will progress, but it will progress. It gets worse over time. Many are hospitalized a few times a year or more. Many are waiting for a lung transplant that only brings a survival rate of 50% over 5 years. Some lose the battle at an early age like 20 and even 13. But some live to age 40 or even 50 before even being diagnosed. They are all strong, hopeful, and inspiring. They are some of the most amazing people I have ever had the honor of knowing. And not one whom I have ever met wishes she hadn’t been born.