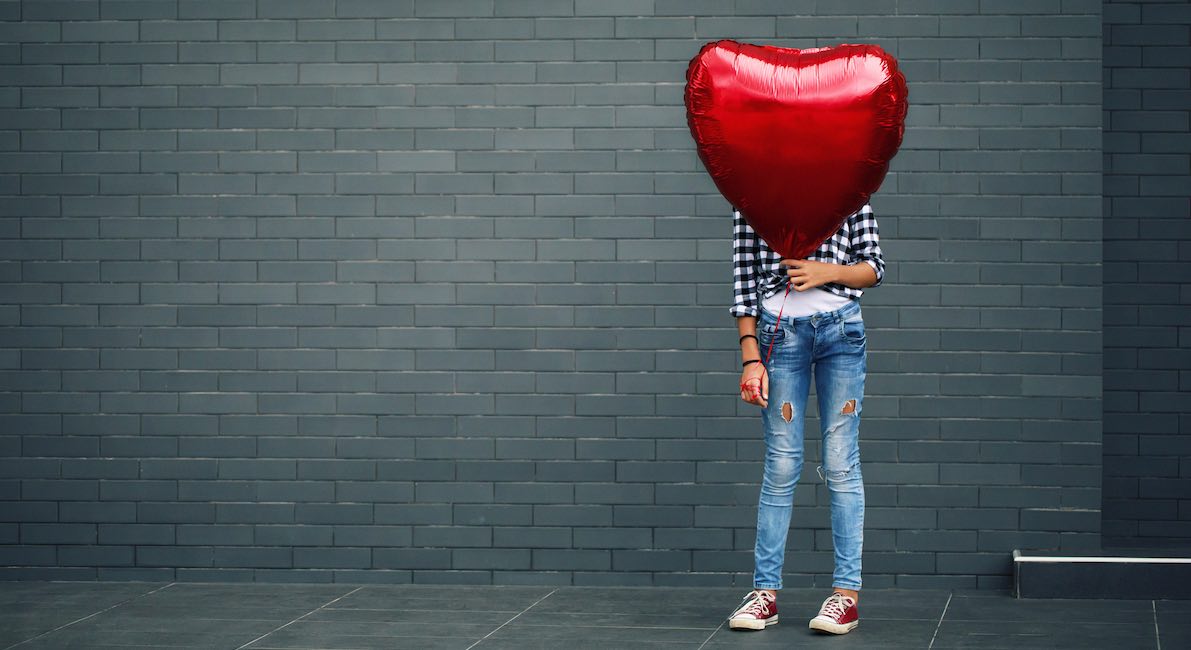 I didn’t even know my daughter existed before I welcomed her into our home. My husband and I already had a big family, with several children all young and relatively close in age, and we had vaguely discussed adopting a teenager someday — but not until much, much later. But God, it seems, had other plans.

My husband’s friend “Mike” from college had taken his much younger half-sister in after both of her parents died. But after less than six months, he found himself unable to care for her. Mike called my husband one night, upset, saying he couldn’t handle “Jessica” anymore, and was planning to return her to foster care. My husband called me immediately, worried for Jessica’s future.

“There’s a 12-year-old girl who needs a home. Would you consider taking her in?”

I thought about it — for maybe half a second — and told him yes. To my surprise, Mike said he was bringing Jessica over that very night. Jessica played inside with our other children while we sat outside talking to Mike. The problems he was having with Jessica weren’t related to drugs or sex. In fact, much of her behavior seemed, to us, like typical preteen behavior. But Mike didn’t want to deal with it all, and claimed Jessica was ruining his relationship with his once live-in girlfriend. He also very bluntly told us he did not want to have to deal with actual parenting issues. “I know it sounds bad, but man, I just want to come home after work and like, chill out and drink a beer and go to sleep,” he said.

We told Mike that night we would take Jessica. He sought an “emergency non-relative placement” immediately, but she didn’t move in to our home right away. We had to build up to it, spending increasingly longer amounts of time with her, until she was eventually spending weekends with us. After a few months, when the school year was over, we were granted permanent guardianship, and she moved in with us.

It wasn’t easy at first, especially as we began to learn more about her history and background. Jessica did act out occasionally, even with mild violence at times, and she said things that many people would find concerning. For example, she asked my husband one night how we would react if we woke up and found out she had killed our oldest son. But thanks to a lot of training and preparation from our social worker, we understood what she meant, and eventually, she confessed to it: Jessica wanted us to kick her out, because she wanted to go back with her brother. She was hoping if she scared us, we’d give up on her, and she could go back to live with Mike. Through tears, she admitted she was hurting, badly, because she felt Mike had thrown her away “like trash,” in her words. But I didn’t (and still don’t) blame her for feeling this way. How could she not?

We spent the next six months working towards finalizing her adoption. There were a lot of stressful moments, including with her case worker and the child welfare agency. They were less than forthcoming with information about her past, which we only received in tiny increments here and there from Jessica. For months, we had no idea of the real trauma Jessica had suffered.  Finally, we received more in-depth information, which was horrifying.

Both of Jessica’s parents had multiple children from multiple different partners, of which she was the youngest. Both of Jessica’s parents were also drug addicts, and both died of overdoses, although her father’s cause of death is something she’s still having trouble accepting. Additionally, three of her half-siblings were drug addicts, one of whom also passed away. Jessica was shuffled through multiple foster homes throughout her life, and when she lived with her mother, it was never a stable environment.

Jessica, even as young as five, had to get herself ready for school in the morning, while her mother was passed out on the couch. She had to prepare her own breakfast, assemble her own clothes, and walk herself to school — a two mile walk! — all on her own. She often went without food entirely, and has taught me the “helpful” tip that drinking a large glass of water can help you feel less hungry when there’s nothing to eat. Some of the beds she slept in were cockroach-infested, if she even had a bed at all; it was not unusual for her mother to be evicted, and they ended up squatting in empty houses. Jessica’s toys and belongings were often sold by her mother for drug money.

As if this weren’t enough, Jessica’s mother had a never-ending string of unhealthy relationships, the longest of which was with a physically and emotionally abusive man who had a laundry list of violent arrests on his record. This man’s brother sexually assaulted Jessica — one of several sexual assaults she’s survived in her life — and her mother continued to let Jessica’s assailant live with them.

Because of this history, establishing trust with Jessica has been a challenge. She expects us to throw her away like everyone else has. She has trained herself to expect the worst at all times. She is constantly in survival mode, because that’s what her entire life has relied on: her ability to survive. But despite all of this, she is not a bad, or broken, child. She is a beautiful, sweet, intelligent girl who has such a big heart, and it’s ok for us to give her the time she needs to feel safe and secure with us. We go through family therapy together to help with her attachment issues, and she is, slowly but steadily, improving. A lot of it is like taking baby steps with her, and celebrating the little moments, like when she confides in me or allows my husband to cuddle with her on the couch.

What breaks my heart now is knowing how many kids out there are just like Jessica, left in foster care because people who seek to adopt largely want infants and toddlers. Older kids, especially teenagers, well… they’re scary. They have issues. But what these kids need are families — people who can give them love, stability, and a place where they belong. And the consequences to remaining without a stable home are serious. An estimated 20,000 teenagers age out of foster care each year, meaning they turn 18 without being adopted. These teens are at seriously high risk of homelessness, unemployment, and incarceration. They’re more likely to abuse drugs and die of suicide or overdoses. And just imagine the loneliness of that life: no one to call your family. No one to walk you down the aisle if you get married. No one to be there when you’re sad or struggling. No one to spend holidays with. No one to celebrate your accomplishments.

Some people have personally told me they don’t see older kids as worth adopting because they’re going to become “adults” in just a few short years. But family is meant to be forever; they want and need people to be there for them forever. Older kids need homes, too. No child isn’t worth loving. No child should be seen as unadoptable.