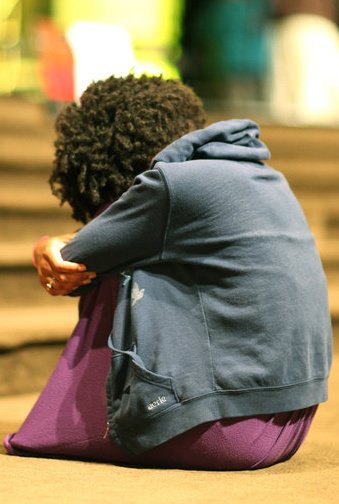 Contrast our president’s National Day of Prayer proclamation with that of Abraham Lincoln, over a century ago.

Thursday, May 3, 2012, marks the 61st anniversary of the National Day of Prayer. On this day, millions of believers will bow their knees and raise their voices in praise and petition. In churches, courthouses, school auditoriums, and public squares, people will unite together for one common purpose – to see their nation turn to God.

Prayer has been interwoven into the culture of our country since its onset. In 1863 Abraham Lincoln released a proclamation for a day of “humiliation, prayer and fasting.” He wrote of America:

We have been the recipients of the choicest bounties of Heaven. We have been preserved, these many years, in peace and prosperity. We have grown in numbers, wealth and power, as no other nation has ever grown. But we have forgotten God. We have forgotten the gracious hand which preserved us in peace, and multiplied and enriched and strengthened us; and we have vainly imagined, in the deceitfulness of our hearts, that all these blessings were produced by some superior wisdom and virtue of our own. Intoxicated with unbroken success, we have become too self-sufficient to feel the necessity of redeeming and preserving grace, too proud to pray to the God that made us! It behooves us then, to humble ourselves before the offended Power, to confess our national sins, and to pray for clemency and forgiveness.

On this National Day of Prayer, we give thanks for our democracy that respects the beliefs and protects the religious freedom of all people to pray, worship, or abstain according to the dictates of their conscience. Let us pray for all the citizens of our great Nation, particularly those who are sick, mourning, or without hope, and ask God for the sustenance to meet the challenges we face as a Nation. May we embrace the responsibility we have to each other, and rely on the better angels of our nature in service to one another. Let us be humble in our convictions, and courageous in our virtue. Let us pray for those who are suffering around the world, and let us be open to opportunities to ease that suffering.

I didn’t have a strong reaction when I first read our president’s proclamation. His prayer seemed cordial, considerate of others, motivational, even. He exhorted us to remember the sick and pray for those who are suffering. Although I didn’t find the prayer particularly moving, I wasn’t overly offended by it. Yet as I read through Lincoln’s proclamation, I asked myself something. “What’s different about these two proclamations?

Lincoln called for a national day of “humiliation.” He was provoking Americans to acknowledge their sin, confess their guilt, and repent for their wrongdoing.  When reading our president’s proclamation, I wondered, “Where is the talk of America’s pride, greed, and mockery of God?” Where is the national mourning over the bloodshed of 54 million babies? Where is the repentance for our booming sex slave industry or prostitution, our divorce rate and adultery? How can we pray for the suffering and forget the millions living with years of sorrow from post-abortion syndrome? How can we ask God to help us meet the challenges we face, all the while neglecting the fact that those challenges have roots in our murderous practices? We might have a better economy if the millions who could contribute to it hadn’t been destroyed through abortion.

It really all comes down to this – Lincoln recognized America’s guilt, while our president refuses to. Earlier in Lincoln’s proclamation, he wrote:

And whereas it is the duty of nations as well as of men, to own their dependence upon the overruling power of God, to confess their sins and transgressions, in humble sorrow, yet with assured hope that genuine repentance will lead to mercy and pardon; and to recognize the sublime truth, announced in the Holy Scriptures and proven by all history, that those nations only are blessed whose God is the Lord.

And, insomuch as we know that, by His divine law, nations like individuals are subjected to punishments and chastisements in this world, may we not justly fear that the awful calamity of civil war, which now desolates the land, may be but a punishment, inflicted upon us, for our presumptuous sins, to the needful end of our national reformation as a whole People?

Lincoln clearly wondered if the “awful calamity” of the Civil War was perhaps a punishment for the sins of a nation – the sins he would later describe in the 2nd inaugural address as the bloodshed of innocent slaves.

I respect President Obama and pray for him with sincerity. I’m not seeking to point the finger at him or judge his prayer. What I’m declaring is that we need presidents and leaders who will acknowledge the evil of abortion and confess it as such. We all must recognize our national guilt. If millions of Christians are gathering for the National Day of Prayer, let us all repent and mourn over the blood-soaked land we call home. Former slave and abolitionist Frederick Douglass spoke these sentiments concerning the church in a speech before the president, leaders, and citizens for the Fourth of July in 1852:

The American church is guilty, when viewed in connection with what it is doing to uphold slavery; but it is superlatively guilty when viewed in its connection with its ability to abolish slavery. The sin of which it is guilty is one of omission as well as of commission. Albert Barnes but uttered what the common sense of every man at all observant of the actual state of the case will receive as truth, when he declared that “There is no power out of the church that could sustain slavery an hour, if it were not sustained in it.”

Let the religious press, the pulpit, the Sunday School, the conference meeting, the great ecclesiastical, missionary, Bible and tract associations of the land array their immense powers against slavery, and slave-holding; and the whole system of crime and blood would be scattered to the winds, and that they do not do this involves them in the most awful responsibility of which the mind can conceive.

I am grateful for the National Day of Prayer. I look forward to taking part in an event in my state. With the many prayers we pray, I hope repentance for abortion is on the top of the list. I don’t want a pep-rally. I want desperate prayers, brokenness, and mourning that bring conviction and turn hearts towards righteousness.