A long standing abortion facility in Michigan, the Eastern Women’s Center/Women’s Center of Michigan has suddenly closed its doors with no apparent warning. Pro-life activist Lynn Mills came upon the announcement when looking at Google maps. Mills followed up by calling the abortion facility, located in Warren, where she was told by a staffer that the facility was closed and they were diverting patients to their Sterling Heights location. No other details about the closure were given to Mills. 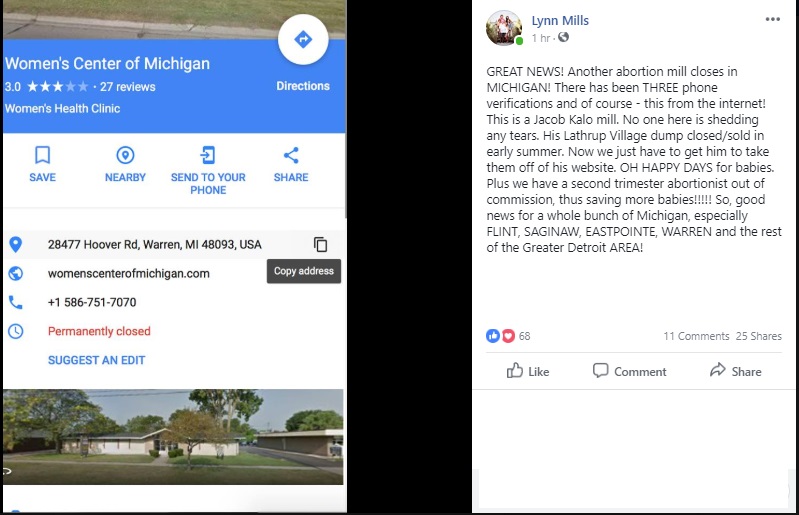 The facility was owned by Jacob Kalo, who at one time operated five facilities in the state. After selling his Lathrup Village facility this past summer, the number now stands at three. In 2o14, that facility, the Women’s Center of Southfield, had its license suspended for several health and safety violations, according to officials. The following year, an abortion patient from the Lathrup Village facility went public about her gruesome late term botched procedure and perforated uterus. According to a 911 transcript obtained by Mills, the abortion was committed by Kalo’s contracted late trimester abortion doctor, Reginald Sharpe.

The woman reached out to Mills and detailed during a national radio interview, how parts of her almost 24-week preborn child had been pushed through the uterine perforation, and the abortionist was having difficulty removing them. Mills told Live Action News that the woman recounted how the abortionist had been training another doctor to do the later term procedure that day.

While the patient waited for the emergency responders, she said the doctor changed his clothes and “Swiffered and cleaned up. Then, they placed an IV for the EMS people and kind of scrambled around.”

The woman stated in a radio interview, “And I saw this red bucket on the floor and – uh – what I saw was just….” The woman, unable to continue, had seen her dismembered baby, explained Mills.

Mills told Live Action News that the Warren facility building had been up for sale for several years. Pro-lifers outside Kalo’s facilities have had interesting interactions with the abortionist. 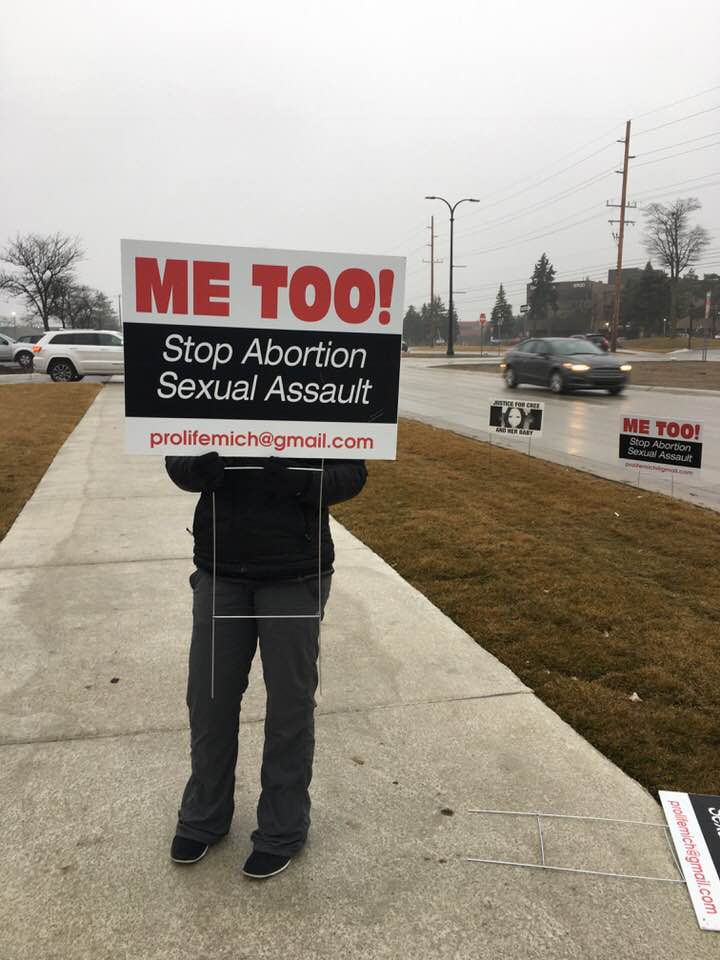 Mills regularly warns patients outside the facility about the abortionist, and according to the abortionist himself, numerous women have come forward with complaints about him since pro-lifers began warning patients with signs (shown above). In the video below, Kalo claims the accusations are false.

A July 25, 2018 review written by an alleged patient and  published on Vitals.com accuses the abortionist of conducting a pelvic exam with an “ungloved hand” as well as other inappropriate conduct:

… During my last visit when I was being brought into the exam, I wasn’t told to undress from the waist down. When Dr. Kalo and the two nurses/nursing assistants came into the room, that’s when he told me to undress. So, I had to undress in front of three people with zero privacy. He didn’t use stirrups on me and just had me lay on the exam table with my legs up. He didn’t wash his hands prior to my exam, only put one glove on, and did my entire pelvic exam with his ungloved hand. Additionally, I had the paper cloth over my waist, and this doctor literally cupped my butt after he was finished with the pelvic exam. I’m talking about the grabbing of one’s butt that your significant other does to you too. He also conducts his breast exams in a peculiar manner. Not your normal breast exam… He did not wash his hands after the pelvic and breast exams, and neither did the nurses/nursing assistants who were in the room with him. I wished I would have send [sic] something, but I was so dumbfounded that he would forget to put a glove on and grabbed my butt that I froze… 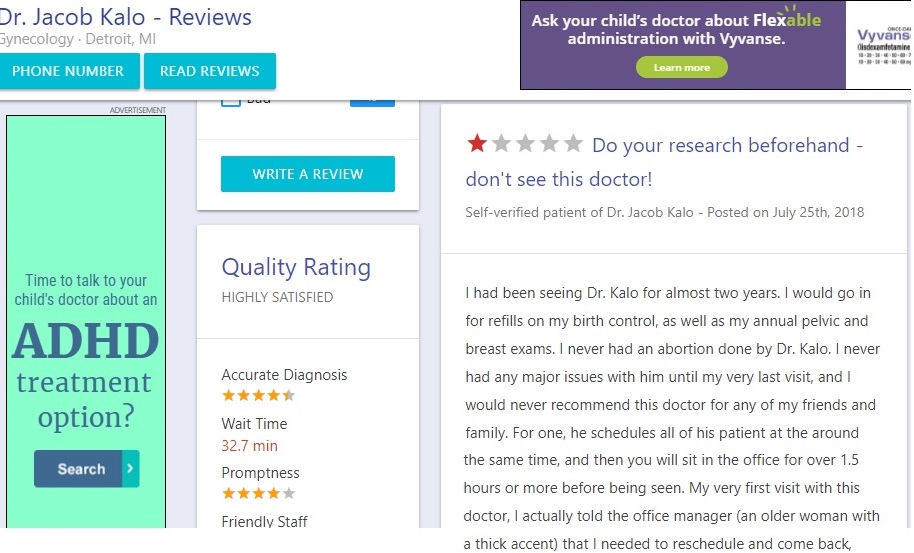 Mills said Kalo’s facilities were recently licensed by the state, which enacted regulations only a few years ago. But Kalo has been able to operate his facilities regardless, while awaiting inspections.

Shortly after the state passed clinic licensure regulations, Mills claims over a dozen abortion facilities closed rather than face the occasional (every three year) inspection by regulatory officials.

“This is just another victory for pro-lifers and babies,” Mills stated.