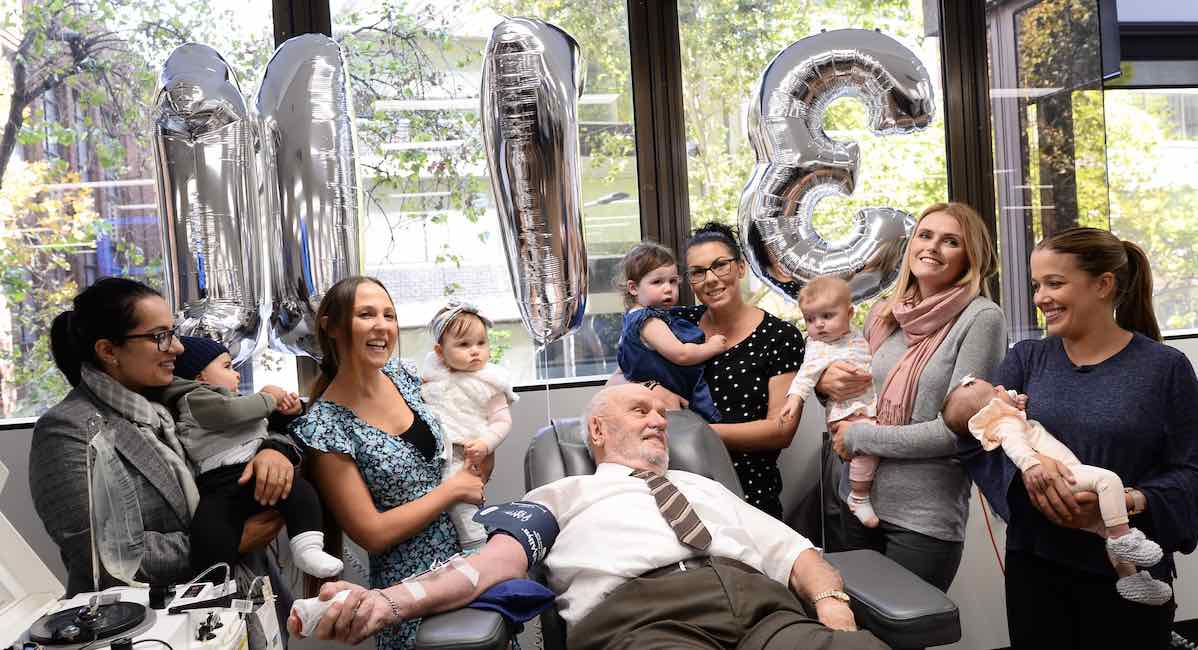 James Harrison is known as “The Man With the Golden Arm,” and for good reason. Harrison, an Australian man, has a rare antibody in his blood that is used to make medication that has saved the lives of 2.4 million preborn children. At 81, he just donated for the last time.

According to the Australian Red Cross, Harrison had to undergo major surgery in order to save his life, which required numerous blood transfusions. The life-saving blood donations from strangers inspired him to do the same, and at the age of 18, kept his promise of repaying the favor. Despite a fear of needles, he began donating blood.

Ten years later, the miraculous antibody in his blood was found.

Harrison’s blood enables mothers to receive Anti-D immunoglobin, known as Anti-D. Mothers at risk of developing rhesus D hemolytic disease (HDN), or antibodies that attack their unborn babies, are able to successfully carry their preborn children through pregnancy thanks to the donations of individuals including Harrison. If women with Rh-negative blood type carry a baby with Rh-positive blood, their bodies will treat their preborn child as an invading threat, and produce antibodies to destroy the baby. This can lead to multiple miscarriages and stillbirths, as well as potentially fatal complications in babies who survive childbirth. The discovery of how to treat this dangerous condition came about in the 1960s, with the first mother receiving an Anti-D in 1967.

The Sydney Morning Herald reports that over 60 years, Harrison made 1,173 donations. His blood produces a rare combination of RhD-negative blood and Rh+ antibodies, and he was the very first donor. “Every ampule of Anti-D ever made in Australia has James in it,” Robyn Barlow, the Rh program coordinator who recruited Harrison, told the Sydney Morning Herald. “It’s an enormous thing … He has saved millions of babies. I cry just thinking about it.”

READ: ‘Devastated’ by abortion, woman admits ‘it has blown my life apart’

Not only does Harrison have the ideal combination for donors, but his blood is unusually strong. “Very few people have these antibodies in such strong concentrations,” Jemma Falkenmire, of the Australian Red Cross Blood Donor Service, told the Sydney Morning Herald. “His body produces a lot of them and when he donates his body produces more.”

Harrison said he never hesitated to join the Anti-D program, even when it was still brand new. Only his age has prevented him from continuing. “They asked me to be a guinea pig, and I’ve been donating ever since,” he said. “I’d keep on going if they’d let me.”