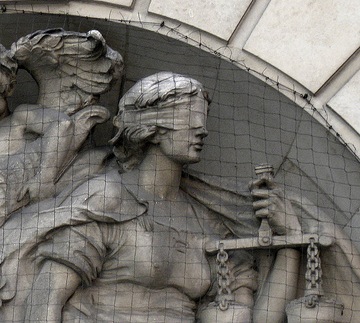 With all the horrible crimes against women perpetrated around the world, you’d think the pro-choice movement would have better things to do than advocate for one of the worst ones.

She was only 13. Thirteen. And she had been gang-raped by three men. Aisha Ibrahim Duhulow reported her rape to the authorities only to find herself accused of adultery by the Islamic militia in Kismayo, Somalia. In front of 1,000 people, she was stoned to death in a Somali stadium on October 27, 2008.

Without a doubt, a real war on women is raging throughout the world. The death of Aisha Ibrahim Duhulow exemplifies this war: a woman killed unjustly, without rights, without a voice.

Alicia Gali, an Australian woman in her twenties, was put in jail in the United Arab Emirates after reporting being raped by four co-workers who had drugged her first. Instead of receiving justice, Alicia Gali was imprisoned for adultery.

Pro-choice advocates like to argue about “reproductive justice.” My question for them is this: “Where are you when women like Aisha and Alicia are imprisoned and killed simply because they were victims of sexual crimes? When do you speak out about justice for them? Why aren’t their stories all over your websites?” You would think that “reproductive justice,” if it were an honest issue, would be about women having the right to refuse sex without being punished for it and women having the right to report a rape without being stoned or imprisoned for it.

But instead, the bottom line of “reproductive justice” is women supposedly having the right to kill their unborn children for any reason, at any time. Far from being “justice,” this “right” is actually part of the war on women – the war on women in the womb. If a woman’s right to be born is taken from her before she even has a chance to raise her voice, what kind of justice is that? If women’s numbers are being decimated without the choice of those being killed, what kind of choice is that? Abortion is one of the worst crimes against humanity in the war on women.

Women’s Rights Without Frontiers has revealed a report from the blind Chinese activist, Chen Guangcheng. The fourteen “Notes” in this report uncover drastic and torturous actions by Chinese officials who have been tasked with enforcing the One Child Policy. Pregnant women are detained because a relative of theirs had an “extra” or “out-of-policy” child. Mothers with small children are arrested. Women are forcibly sterilized. They are drugged and given forced abortions, even though their babies would have been born mere weeks – or days – later. Female relatives of people with extra children are beaten and tortured for days in punishment. Chinese officials use the beating and torture of family members to force pregnant women to come out of hiding so the officials can forcibly abort their babies. China is one of the worst offenders in the war on women.

The Economist reported on a typical scenario in China:

A baby girl is born in China’s Shandong province. Chinese writer Xinran Xue, present for the birth, then hears a man’s voice respond to the sight of the newborn baby girl. “Useless thing,” he cried in disappointment. The witness then heard a plop in the slops pail. “To my absolute horror, I saw a tiny foot poking out of the pail. The midwife must have dropped that tiny baby alive into the slops pail!”  When she tried to intervene she was restrained by police. An older woman simply explained to her, “Doing a baby girl is not a big thing around here.”

Yet we in America, while we love to denounce China’s human rights violations, sit by and allow our own slaughter of the innocents to continue. How often do we raise our voices on behalf of the women yet to be born? How often do we demand to hear their tiny voices, crying out for life? They are women killed unjustly, without rights, without a voice.

In the midst of this war on women, we must make several demands: