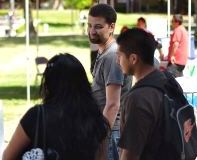 This is a clip from an episode of Life Report called “Shawn Carney on the State of the Pro-Life Movement.” In this clip, I asked 40 Days for Life co-founder Shawn Carney how pro-life people should interact with those who are pro-abortion-choice.

Click the embedded video and it will start at the right place in the interview. This particular topic ends at 27:34.

Josh Brahm: Not in regards to sidewalk-counseling or 40 Days for Life, but I want to ask you about interacting with people who are pro-abortion-choice. A lot of people who listen to this show, they’ll go to college campuses – or if nothing else, they’ll talk to their friends. Or maybe they’re on Facebook debating or – God forbid – on YouTube doing debates in the comment sections.

So – not sidewalk-counseling – but just people that are having a more philosophical discussion. How should pro-life people interact with people that are pro-abortion-choice? Because I see a wide spectrum of ways that people act in conversations like that. 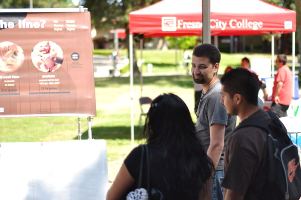 Shawn Carney: In pro-life apologetics, especially on the abortion issue, the worst thing that you can do is discredit yourself, because then you forfeit – they may not meet another pro-life person or somebody who is willing to stand up against them in the next ten years or ever.

So when you discredit through getting mad, name-calling – just basic stuff – it’s a maturity issue. You can’t do it.

There has to be a respect in the conversation for the unborn that you are speaking on behalf of to this person. Now, they may be lost. You may be frustrated at them. You might think, “They just don’t get it” or whatever. But you have to have discipline because of what you’re speaking for.

If you’re just trying to win an argument, then pick something like sports and go on about something subjective. But when you’re debating or talking about the greatest injustice in our world, there has to be a level of discipline and respect. And so, rule number one has to be to not discredit yourself by getting angry or being a smart-aleck or anything like that.

And the other part is just ask questions, because it’s impossible to defend abortion. I was asked to speak at Cornell University two years ago. It was a great trip. Students for Life put on this conference. And there were a number of professors there. I think most of the crowd was pro-choice.

And so I started the debate – started my speech by just defending abortion as something that’s needed in a society that’s just. And, you know, it was just like 20 minutes, making every point of why abortion should be legal, and then, of course, going back and refuting all of my arguments and then opening up for Q & A.

And you have to make those points, because they’re going to make them. I mean, all of the arguments are so predictable now that it’s easy for our side to go ahead and make it for them. And then refute it because abortion – you cannot defend it. And so question it, ask questions about it, and then show our points, and people will then decide.

I think what a lot of people will find – and this is a cold, harsh reality – is that what drives abortion is the hardness of heart. That we can know that it’s a baby intellectually and not care. And through our will and through our power and through our political system, we can force our will on that child who we know to be human. That’s how holocausts are built, is that we know they’re human, but we will them out of our society.

Most people who support abortion aren’t there yet, but you’ll just discover that as you’re talking. Yes, it’s a baby, but the woman has the choice. That’s a common end to most arguments. We have to allow them to arrive at that, not tell it to them on the front-end.

Special thanks to Kimberly Carmany for the transcription. Thanks to Andrea Gleiter for helping to edit this post.