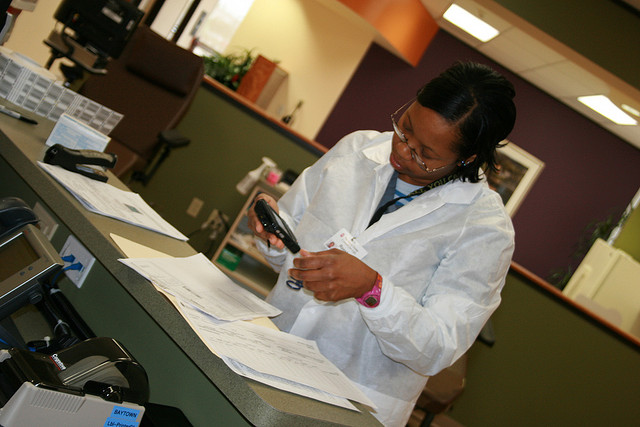 Going on a date can offer a lot of promise. Even if you don’t meet the love of your life, you can at least hope for an engaging conversation.

However, I’ve learned that when the evening begins at a hotel bar and the person you’re with immediately starts throwing back appletinis, you can suspect there won’t be much intelligent discourse. If you later find yourself desperately trying to stop this person from pounding on random doors, then consider that suspicion confirmed.

This illustrates why background information is a good thing to have, and not just when it comes to a night out. It’s also a smart idea to learn what an employer is like before taking a job. After all, a bad career choice can bring negative consequences, like getting stuck in a lousy work environment. Or becoming an accessory to child rape.

Or, in the case of Planned Parenthood, both.

Planned Parenthood has a simple slogan: “Care. No matter what.” It isn’t clear who this care is directed towards. Not victims of sexual violence, although some of their abusers have gotten a hand.

Gary Cross certainly did. In 2002, his 13-year-old stepdaughter started putting on weight, something her mother noticed. The weight gain was a problem for Cross; he knew it was because he’d gotten his stepdaughter pregnant.

To conceal his crimes, Cross brought his victim to a California Planned Parenthood facility. Staff there didn’t tell authorities that one of their pregnant patients was well below the age of consent. Instead, they referred her for a late-term abortion. With the evidence safely gone, Cross resumed raping the girl for months thereafter.

Timothy Smith, John Blanks, Jr., Adam Gault, and other sexual predators have also gotten assistance from Planned Parenthood. That’s easy to do when its employees don’t want to know what’s going on. In her lawsuit against the group, Denise Fairbanks described explicitly telling clinic staff that she had been brought in by her incestuous father. Rather than contact law enforcement, Planned Parenthood performed an abortion and sent her home.

The group Life Dynamics has recorded telephone calls to Planned Parenthood centers from an actress who said she was 14 and pregnant via her adult boyfriend. On hundreds of calls, staff were ready to protect the man by arranging a secret abortion.

And it’s not just amateur abusers that Planned Parenthood’s employees have been willing to assist. Some are ready to help professionals abusers, too.

Former clinic director Amy Woodruff was ready. Live Action investigators visited her in 2011 while posing as pimps who were selling underage prostitutes. Despite this, Woodruff wasn’t phased. In fact, she had no problem setting up abortions on girls who “can’t speak English” and “won’t know what’s going on.”

Of course, aiding abusive men is only one of Planned Parenthood’s corrupt habits. Others include performing sex selective abortions, committing fraud, and (as we’ve recently learned) harvesting fetal organs.

The Center for Medical Progress has put out four videos of Planned Parenthood executives talking about the unlawful collection and sale of fetal organs. Another has been released featuring Holly O’Donnell, a phlebotomist formerly employed by StemExpress.

O’Donnell describes how her job involved going to Planned Parenthood clinics and rummaging through the remains of aborted children. The video also includes undercover footage of officials haggling over the price of the babies’ severed body parts. That it’s a federal offense to make money off the sale of said body parts apparently wasn’t a concern.

Most people would be bothered about working for an outfit that operates this way. Then again, most people would also bothered by the thought of going to jail, which is where a career with Planned Parenthood can lead.

Pro-lifers are demanding that the group face criminal investigation, something that a number of states have already gotten started on. Although the federal government has been slower to act, that could change, as several presidential candidates have said they’d make holding Planned Parenthood accountable a priority. Just yesterday, a bill to defund Planned Parenthood garnered a majority in the Senate, though it came short of the 60 votes needed due to procedural reasons,

As you can see, hoping for a future at Planned Parenthood isn’t the best idea. And if you’re already employed in the abortion industry, sticking around isn’t a great option either. Thankfully, there are people who can help you get out. Having good information doesn’t just help you avoid bad choices – it can help you make the right ones, too.