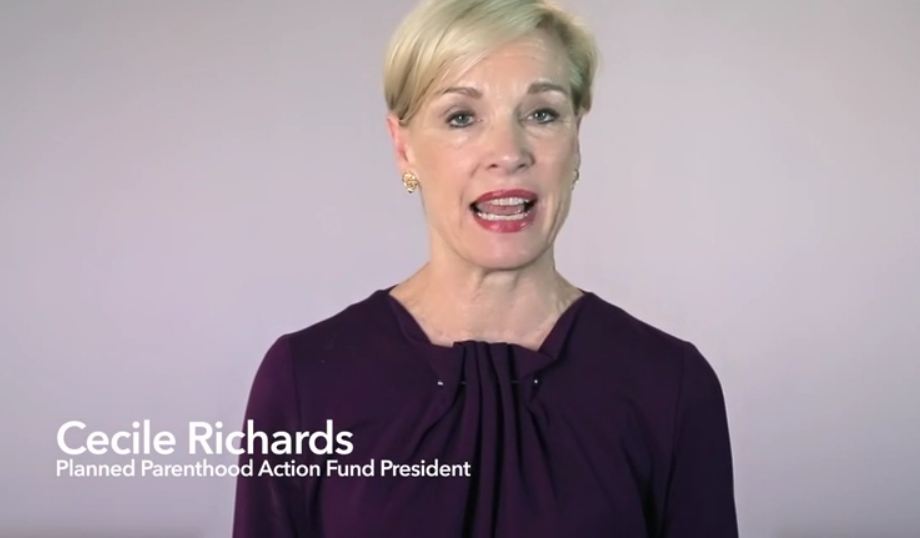 We’ve all heard Planned Parenthood’s favorite talking points about why taxpayer funding of the abortion giant must continue. Whether it’s Cecile Richards repeating them before members of Congress or Planned Parenthood V.P. Dawn Laguens uttering them again and again and again while refusing to answer any meaningful questions on TV, it’s clear that the abortion business wants you to buy what it’s selling.

A recent op-ed by president and CEO of Planned Parenthood California Central Coast Jenna Tosh predictably relies on several of these talking points, while failing to even remotely demonstrate why taxpayers should be forced to continue pouring money into an organization that actively sells abortions and otherwise can’t seem to avoid getting caught up in scandal after scandal.

The gist of Tosh’s op-ed is actually quite simple. In her own words, “[y]ou cannot simply replace Planned Parenthood’s critical role[.]”

Tosh exalts Planned Parenthood as a provider of primary, preventative care, citing cancer screenings and STD testing. No doubt, Tosh is aware that these are not the aspects of Planned Parenthood that anyone has a problem with. Focusing on the positive aspects of an organization does not in any way resolve its problematic aspects – instead, it’s a deceptive deflection from the real debate. Any business with a decent public relations staff could distract from its unethical actions by constantly talking about how much good it does.

Beyond that, Planned Parenthood performs less than two percent of all women’s cancer screenings in the United States (while being responsible for nearly 35 percent of America’s abortions). So in addition to being an obvious P.R. stunt, harping about its decreasing cancer screenings is quite blatantly misleading.

After talking about the abortion giant’s less controversial services, Tosh proceeds to attempt to scare readers into feeling that they need Planned Parenthood for said services:

If Planned Parenthood were unable to receive reimbursements for our patients’ care, access would be reduced. The people most impacted would be those who already face the most barriers to care — people with low incomes, people of color and people living in rural areas.

This is worth considering, but surely Tosh is aware that the “reduced access” argument could be made against any removal of funding from practically any health care provider for practically any reason. Is she implying that once a health care organization starts receiving taxpayer funds, there’s no going back, no matter how poor its care or how unethical its behavior, due to the challenges presented by redirecting funds? The fact that making improvements to health care funding would present challenges does not in any way negate arguments in favor of the improvements. All changes present challenges.

Ironically, in the same article, Tosh makes a point to praise the Affordable Care Act (ACA), which resulted in some patients having to change insurance providers and in some cases, as a result, health care providers. Whether or not one supports the ACA, the point is this: Tosh’s argument that making changes is akin to “reducing access” fails to prove her point and could also be used against the very same piece of legislation she is defending.

The reality is there are already too few safety-net providers. Along the Central Coast, Planned Parenthood’s health centers in San Luis Obispo, Santa Maria, Santa Barbara, Ventura and Thousand Oaks are an important part of a safety net that has taken decades to build.

This is actually quite ridiculous.

The question is not how established Planned Parenthood is or how long it took Planned Parenthood to build its empire. The question is whether or not it deserves to continue receiving boatloads of taxpayer dollars. Tosh may be correct that replacing Planned Parenthood cannot be done “simply,” but since when is positive change easy? There will be challenges, but as Tosh knows, there are thousands of comprehensive women’s health care clinics (which outnumber Planned Parenthood locations by a wide margin) that could pick up the slack with the redirected federal funds, providing quality health care options – without pushing abortion sales on women and constantly having to explain their way out of scandal.

The problem is that Tosh’s arguments, like most Planned Parenthood talking points, could be and are used no matter what the abortion business is caught doing, no matter how corrupt it is exposed as, and no matter how many alternative options for health care exist. Like any business, Planned Parenthood will fight to the end to convince customers (and in this case taxpayers) that it is unique and essential. But the fact is that Planned Parenthood’s essential services are provided by many other organizations, and what makes it unique is that it’s the biggest abortion business in the United States.