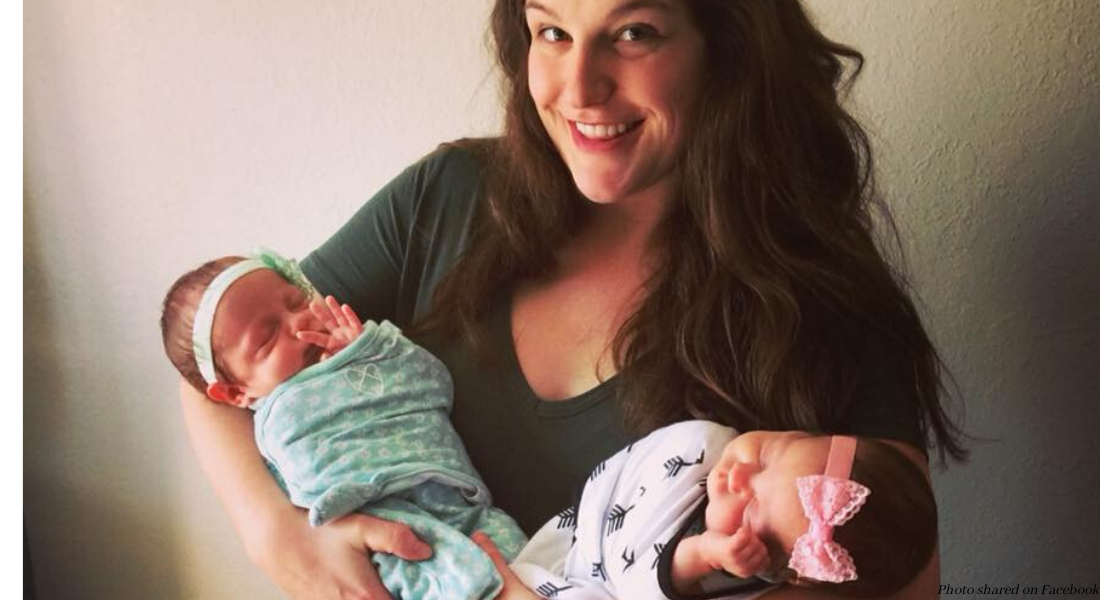 There aren’t many women who go through their lives hoping to have an abortion one day. Women, even those who otherwise consider themselves pro-life, can find themselves pregnant and alone, scared, and desperate — and abortion seems like it’s their only choice. And with no one to give them support or offer them alternatives, it’s all too easy to make an awful, irreversible choice. Alonna Mertz almost found herself in that exact same position — but a series of “miracles,” as she called them, saved the lives of her twins.

Mertz said she found out she was pregnant in 2017, after dating someone whose values weren’t the same as hers. “At that point, there was enough distance between me and God that I wasn’t listening to the Holy Spirit,” Mertz said in an interview with the Catholic Sentinel. “I was terrified, and I made an appointment for an abortion.”

Like many women, Mertz was scared and thought she couldn’t give her baby the life he or she deserved, saying she cried when she got the positive pregnancy result. “I felt so sorry for my baby,” she said. “It (her life) wasn’t a white picket fence. It wasn’t a mother and father who loved each other. It was broken and it was hard. And this is what my child was going to meet. And I just couldn’t bear that reality.”

Mertz, who had grown up pro-life, found herself thinking abortion was her best option.

Once at the abortion facility, Mertz found it to be “sterile and cold,” but a series of events began to happen which she took to be signs. First, it was the sound of a baby crying. “It was just a split second, but it was such a distinct cry, from the back (of the clinic),” she said. “I looked and I could see other women had heard it, too, because everyone else looked to the back room.” A baby’s cry immediately reminded her of what the reality of her situation was. “This is a baby, Alonna,” Mertz recalled. “You know this is a baby.”

Then, she was called back to get an ultrasound, where the technician couldn’t find an image or a heartbeat. They told her to make a follow-up appointment to try again, but Mertz said she felt relief. After crying in the parking lot, she visited a pro-life pregnancy center where she’d previously volunteered. There, at Woodbury Options for Women Pregnancy Resource Center, she got another ultrasound — and there was an immediate heartbeat. “It was a miracle,” she said. “These little girls were wanted and willed and protected, even from me. So, I knew this was special.”

But the best news was yet to come. Woodbury referred her to another clinic because she was having abdominal pain; it was there where she learned she was having twins. And it turned out she had more support than she initially realized. A friend of hers, Theresa Evans, was one of the first people she asked for help. Evans and her parents, Robley and Joan Evans, offered to let Mertz live with them, giving her an informal lease agreement for an apartment in their basement.

“We have a sign in our yard that says, ‘Choose life,'” Joan told the Catholic Sentinel. “You can consider yourself pro-life, but when something like this happens, it challenges you.”

Mertz, meanwhile, is loving life with her twin girls, Eve and Lilly, who are now almost two years old. She’s also studying to be an MRI technician, and hopes her story helps other women like her. “You are not alone,” she said. “And you can do this.”