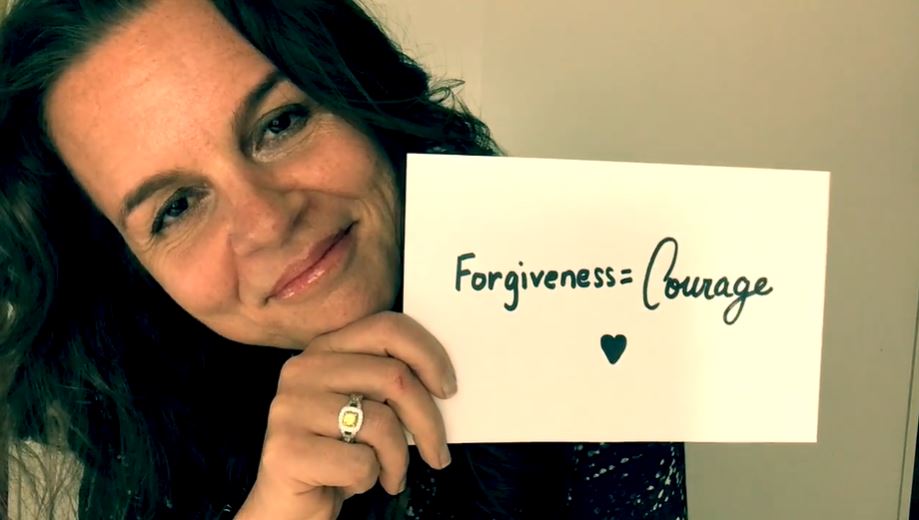 Jess Echeverry has experienced both trauma and tremendous healing in her life. She recently spoke with Live Action News about the life events and circumstances that led her to have an abortion, and how she finally found healing.

“I experienced a lot growing up,” she explained. “My abortion was really the result of 18 years of trauma buildup. My parents divorced before I could walk.” What followed was a series of remarriages and divorces on both sides, resulting in “brokenness in my family — in my multiple families,” she said. That brokenness “created an environment that left us kids vulnerable.”

At the age of 10, Echeverry suffered sexual molestation. At 12, an 18-year-old boy raped her. She was “shattered” and when she told her parents, their reaction made her realize she was on her own. “I needed to look out for myself,” she said. “Nobody had my back.” After that, she began to rebel.

“I started hanging out with kids that got into fights, and I started getting into fights. I completely deteriorated as a student and as a child,” she said. By age 14, she had begun running away from home.

At 16, she became pregnant by a high school boyfriend. When she told her family, they told her to abort. She didn’t know much about abortion and admitted, “I just thought you go in pregnant, and come out not pregnant. It was just a medical procedure to me. There was no life attached to it.”

Three times, Echeverry made appointments for an abortion. Each time, a friend drove her, and each time she got closer to having an abortion but wasn’t able to go through with it for different reasons.  The third time, Echeverry was lying on the table, but when the nurse came into the room with a syringe of IV medication Echeverry suddenly knew she couldn’t go through with it. When she came out to the waiting room still pregnant, her friend said, “I know where I’m taking you.”

She drove Echeverry to a pregnancy care center, where a “super nice, super calm, very reassuring” woman talked her through her options. While watching a video there, she realized, “This was more than just a ‘situation’ I was in. I had a baby.” She decided to keep her baby, but her family kicked her out. She ended up renting a room in a crack and prostitution house for several months. Eventually, she ended up in a Christian home for unwed mothers, where she finally felt at home. The only downside was that the home was for women who had chosen adoption and she began to feel that was her only option.

On January 7, 1990, Echeverry gave birth to her son Brandon. She desperately wanted to raise him, but all of the adults in her life made it clear that they expected her to place him for adoption. “I lost it,” she said. “I didn’t understand how come I couldn’t keep him, how come they couldn’t help me keep my son. I left the hospital without my child that day.” A devastating time followed. Eventually, her boyfriend’s family agreed to take Brandon from the foster home where he’d been placed, but they made it clear that only the baby, and not his mother, were welcome in their house. Echeverry was homeless on and off for the next four years.

She faced a second unplanned pregnancy at 18 and was urged again to have an abortion. Recalling the emotionally jarring experience with her first child’s adoption, Echeverry was adamant that she did not want to leave the hospital without her baby again. Instead, she had an abortion and was told to never speak of it again.

Following the abortion, Echeverry was homeless again. When she experienced a third pregnancy at age 21, life was more stable. She had an apartment and a boyfriend, as well as a part-time job. “Come hell or high water,” she said, “nobody’s taking this baby from me.” She gave birth and took a taxi home with her baby in a car seat that was donated to the hospital because she couldn’t afford one. “But I took my baby home,” she said. “So to me, I was on top of the world.”

Shortly thereafter she met her now-husband. Charlie came from a stable background, and through their relationship as well as counseling, Echeverry began to heal from the wounds of her past. In 2008, she converted to Catholicism in order to be united in faith with her husband and her children. “As a Catholic, I confessed my abortion (and was forgiven), but I didn’t consider myself a mom to that child,” she said.

It was during a Rachel’s Vineyard abortion healing retreat in 2011 that she sensed in a powerful moment of prayer that the child she aborted had been a daughter. She learned that her daughter’s soul “is alive with Jesus, which makes me still and always her mom. That was the moment I claimed my motherhood.” She named her daughter Esperanza, which means hope. “This is the fullness of human dignity- acknowledging what happened, acknowledging that it was your child that was lost, and having a relationship with them,” she said.

Echeverry is now a pro-life advocate, and she has forgiven the men in her life who abused her. She recently wrote a book about her life experience called “Dazzled: Finding the Key to Perfect Forgiveness.” Through her own painful past and subsequent healing, Echeverry learned that “healthy relationships heal people and help them see the dignity of every human person.” From that perspective, she encourages pro-lifers to embrace and walk with a woman in crisis. “The only way to really help [a woman] is to address what got her there in the first place,” she said. It’s important to address the circumstances in her life that make abortion seem like a viable option in order to help her choose life.