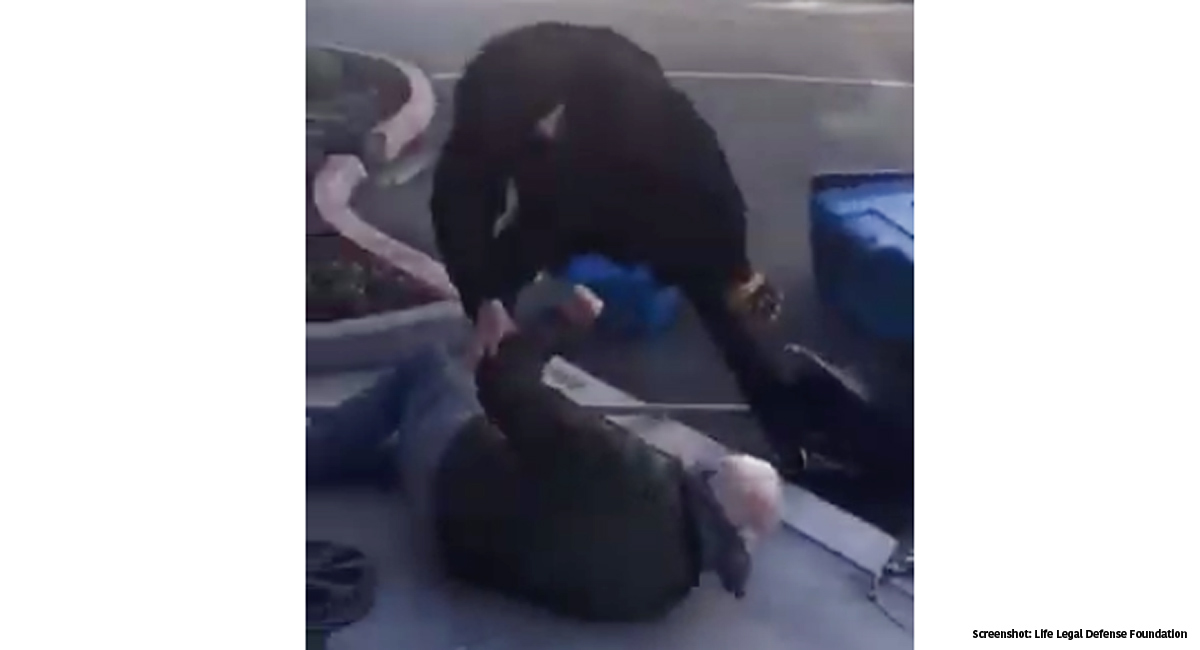 Life Legal Defense Foundation (LLDF) has shared a video and report of an elderly pro-life man who was assaulted while praying during a peaceful 40 Days for Life campaign outside a San Francisco Planned Parenthood last week. An attacker attempted to steal the elderly man’s 40 Days for Life banner.

LLDF reports, “The elderly man tried to stop the theft of the banner by putting the stick holding the banner into the spokes of the bicycle. The perpetrator shoved the man to the ground and began violently and repeatedly kicking and threatening him.” Two days prior to this incident, the same attacker reportedly “threw a sign, table and pro-life literature into the street. He knocked two men to the ground during that incident as well, including the same elderly pro-lifer he attacked again on Thursday.”

No increased police presence at the site has been noticed at this point. Planned Parenthood is said to have surveillance footage of the attacks but refuses to release it to the authorities.

Sadly, incidents of violence against pro-lifers are becoming more and more common, but the media typically doesn’t report it. A pro-lifer was attacked in Florida last year while praying the rosary outside a Naples Planned Parenthood. Also last year, a man roundhouse kicked a pro-life woman in Canada for no apparent reason. Other pro-lifers in Canada have been attacked as well. A pro-life woman in Argentina was recently beaten by abortion supporters. And there are more incidents.

Thanks to some savvy pro-lifers, many of the altercations have been caught on film. The pro-life group Created Equal has put together a compilation video of just some of these incidents:

Abortion itself is violent, as even Planned Parenthood abortionist Lisa Harris has admitted. So it shouldn’t be surprising that those who support it react violently when confronted with the truth. But it is very much misdirected to lash out at those who are simply exposing the violence of abortion, which is being perpetrated by others.