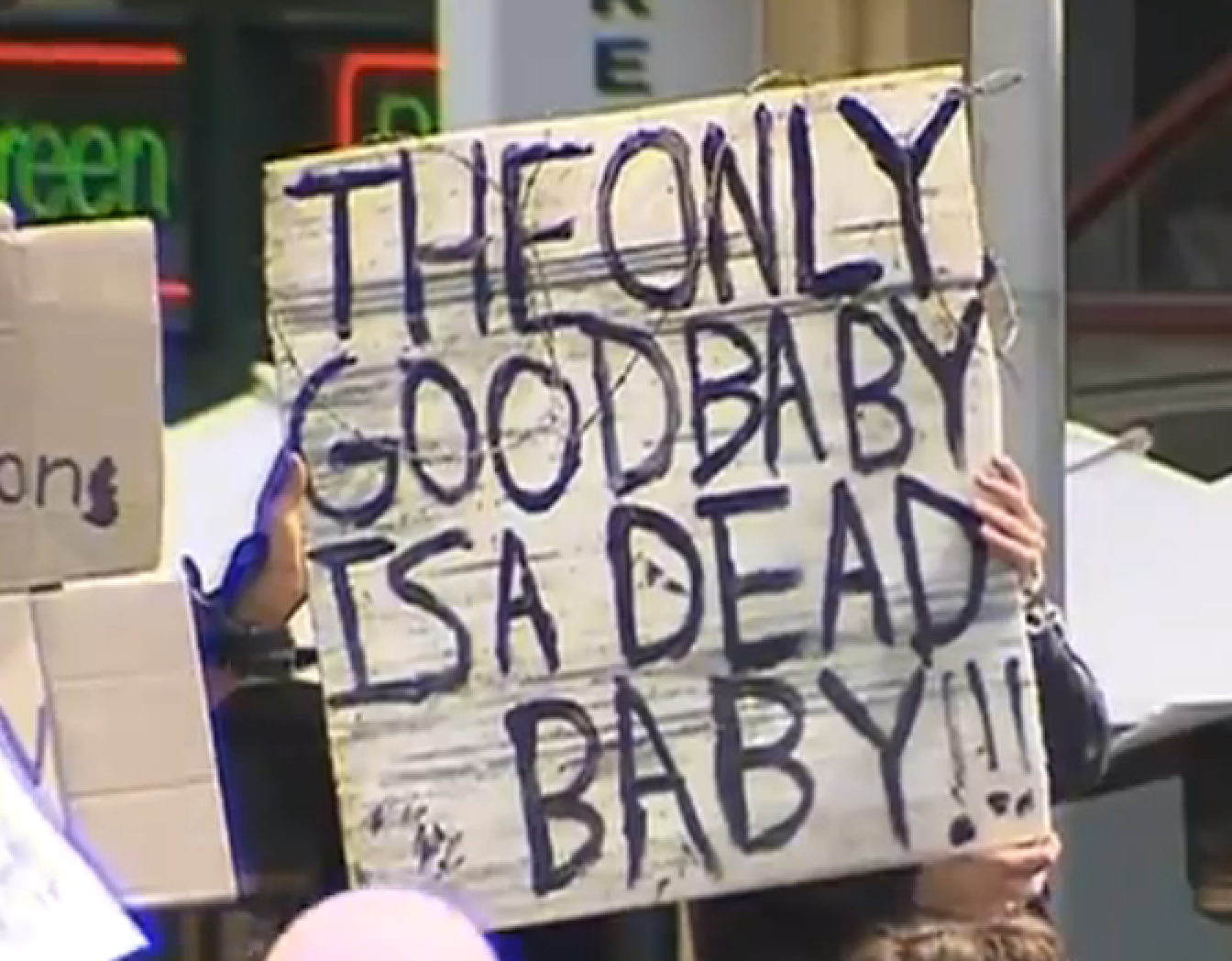 Police had to intervene at a pro-life protest after a pro-abortion group turned the annual peaceful protest into a chaotic and violent event in Victoria, Melbourne Australia’s second largest city.

“A group of pro-abortion thugs attacked a pro-life demonstration in Melbourne, Australia, over the weekend as groups across the land took place in activities to promote the ‘40 Days for Life Campaign’. The attack was pre-planned and well co-ordinated with a number of adults being assaulted while police looked on.”

The Record said, “Protesters ambushed the annual March for the Babies in Melbourne on October 12, in a violent and ugly display that left several people injured.”

The events was led by Liberal MP, Bernie Finn, who said, “We will not forget those silent victims of this vile crime against humanity,” The violent clash was a visible reminder of the hostility pro-lifers face in defending the unborn.

March for the Babies is an annual peaceful protest for life. Its purpose is to call attention to the tragedy of abortion and call for a repeal of abortion laws passed in 2008:

“On October 10, 2008, the Victorian Parliament passed the Abortion Law Reform Act, one of the most extreme abortion laws in the world. This law eliminated all legal protection for Victorian children until the moment of birth.

“In remembrance of this shameful day, we gather to march for the babies who never see the light of day in Victoria. The babies of every one in three pregnancies. The more than 20,000 babies killed in Victoria every year.

“Together we express our profound disapproval with our Government’s failure to:

“Our goal is to overturn this terrible law and provide full legal protection to our most vulnerable Victorians.”