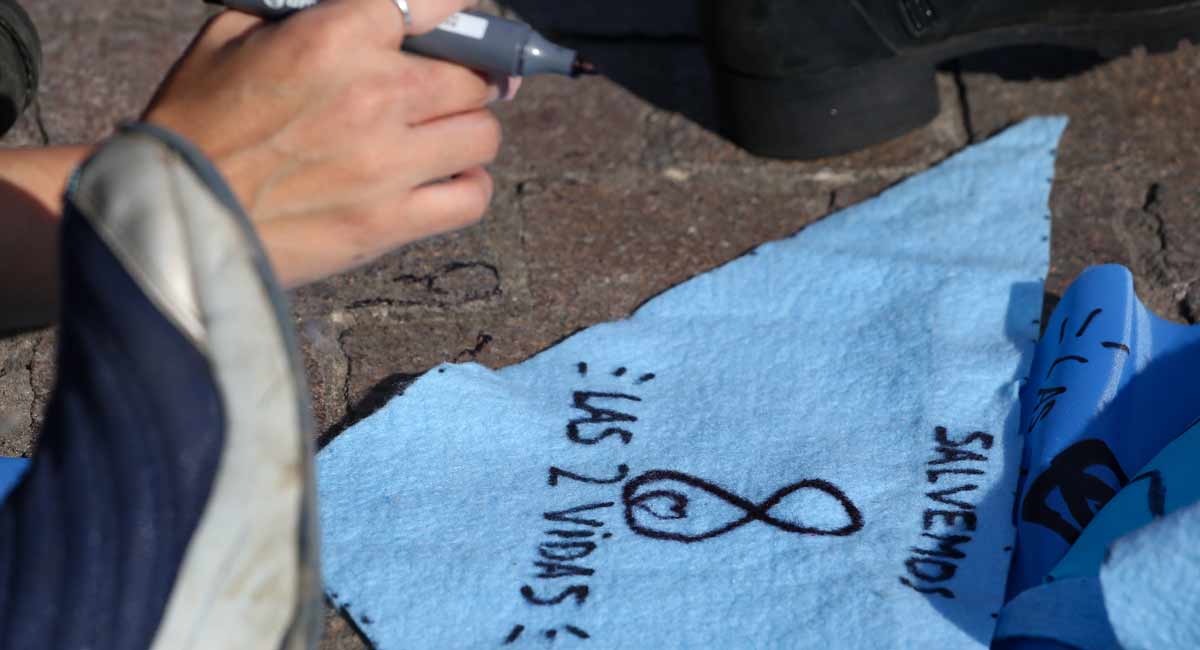 A member of New Wave Feminists in Argentina was attacked by a group of women, the pro-life organization announced on Facebook on Thursday. The account was accompanied by a picture of the woman, named Micaela, with a bloodied face.

According to New Wave Feminists, Micaela was wearing her light blue bandanna, which is a symbol of pro-life support in Buenos Aires, when she was approached by three women, who knocked her to the ground while screaming profanities at her and calling for abortion on demand. “They repeatedly kicked her in the head, busting her lip and splitting her eyebrow, before a good samaritan came to her aid and got her to safety,” the post read, while adding that the tensions between pro-life activists and abortion advocates in the United States is nowhere near as bad as the hostility present in Argentina.

New Wave Feminists also explained how far these pro-life activists are willing to go to help women who need it. “They are in the slums. They are feeding the homeless,” they wrote. “Just last week they assisted a Haitian woman in delivering her child after she’d been abandoned by her boyfriend, kicked out of the hotel she was living in when the owner learned she was pregnant, and unable to get support from her mother because she was [sic] couldn’t leave Haiti and get to her.”

“Feministas de la Nueva Ola was there,” they continued. “They were literally the only ones by this woman’s side as she delivered her precious daughter. They, along with another local NGO, got her all the necessary baby supplies she would need and are walking with her on this new journey every step of the way. They are literally putting their time, talents, and money into helping women in need.”

Women have been threatened with rape and assault for being pro-life, abortion activists have used cars as weapons in an effort to run over pro-lifers — and all for trying to save the lives of preborn babies and empower women to see that they have choices other than death.

What these violent abortion activists don’t seem to realize is that Micaela, and other pro-lifers like her, will not allow the threat of violence to keep them for fighting for the right to life for all people.