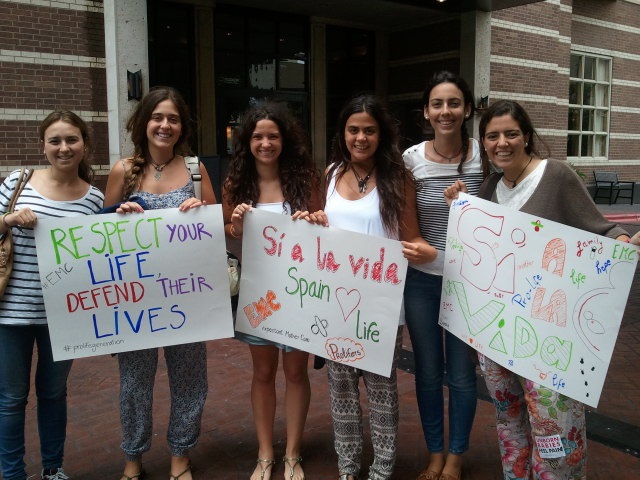 …And get Chick-fil-A for lunch, of course.

More than 50 students embarked on a 30-hour bus trip to Austin, Texas to rally around pro-life legislation during the special session. Students came all the way from Nebraska, Michigan, Maine, and even Spain to show their support.

We made signs on the bus ride down, ranging from “Wendy stands with Gosnell,” “Abortion hurts women and children,” “If you kill a gay baby, does that mean you’re homophobic?,” and “Human rights for all human beings” to “Don’t dismember me bro!”

As soon as we arrived, we got Chick-fil-A for lunch, which some nearby pro-abortionists called “scummy as f****.” When we walked into the capital in a sea of blue, some pro-abortionists greeted us with cries of “Shame!” and tried to act like we were always in their way. Although most people in orange shirts have been respectful, there have been quite a few that make snide remarks and crinkle their nose as you walk past them. 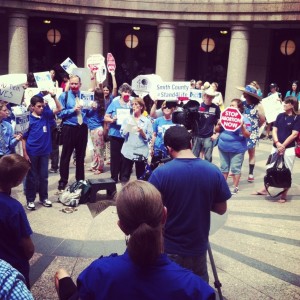