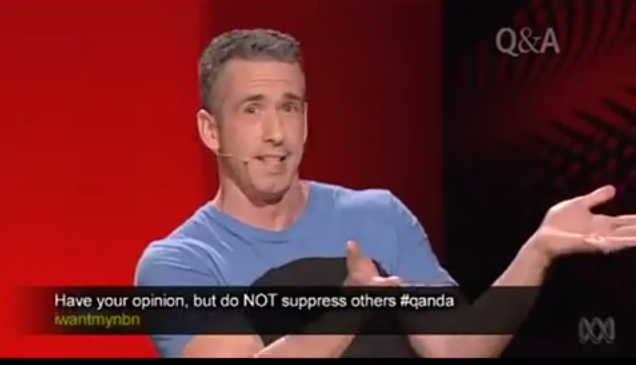 The first assumes that humans are far too fertile for earth’s limited resources and that adding babies to the surface population only increases the opportunity for unequal distribution of resources. This recycled viewpoint was most recently perpetuated by Dan Savage, who proposed forced abortion for the next 30 years in America during a recent debate in Sydney. Mind you, this was in response to a question asking for a dangerous idea that would change the world for the better. But this is not coming from an exciting new idea but from a recycled idea dating to the 1960’s view of the world as divided between the West and the Rest. 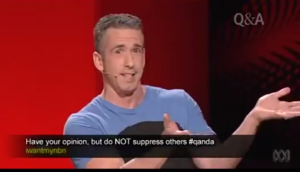 Forcibly eliminating pregnancies, especially as proposed by the class clown, seems laughable. The Sydney audience could only laugh at Savage’s straight-faced proposal of forced abortion. Intentionally offensive, Savage got in his laugh line as a slap down to the age old human spirit and drive to procreate.

No matter that overpopulation isn’t a problem in the developed world in countries with advanced economies and is really a myth. In fact many developed countries face issues with their populations getting too old and America is heading into an era of slowed population growth. Over all, it may be less a matter of the total number of people (as we have seen population increases in the past) so much as how resources are used that counts. For instance, it is often distribution, rather than sufficient food production, that is the problem.

Moreover, forced abortion has not worked out very well, has it? In fact, in Unnatural Selection, Mara Hvistendahl reviews a number of reasons for sex-selected abortion, among them one-child policy in China. Hvistendahl cites a Christophe Guilmoto, a French demoprapher who likens ultrasound targeting of female children for abortion to an epidemic. Projections of China’s future demographics show problems with their forced abortion policy, recently loosened. Surplus, or leftover men is one result of a policy that has led to forced abortion in China, and an excess of single men in a culture leads, as Hvistendahl notes, to increased sex trafficking, sex tours, and exploitation of impoverished women (15).

The second messaging relies more on images as well as narrative, yet grounds the discussion of the world’s dire extremes of poverty back to the imminent prospect of parenthood. 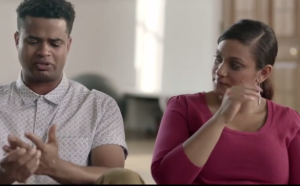 As part of a “global sustainability initiative,” Unilever’s Dove brand posted a short video recently, posing the question: “Why bring a child into the World?”  Pointing out that the ad makes use of a strong emotional appeal, a writer for adweek comments it may not be the place of a soap maker to field such questions. Yet, acclaimed director Errol Morris’ series of starkly contrasting images provides an intriguing collection for a modernist argument on the problematic nature of becoming a prospective parent.

Ultimately, bringing children into the world out of love is a grand, extravagant gesture of hope. Instead of hyperbolic statements on the need to stop bringing kids into the world– or forcibly extracting children from women’s bodies– let’s begin a new narrative that celebrates human potential.

Assisting child survival is a just way to stabilize the population rate, according to Hans Rosling’s recent TED presentation about the limits of population growth as families decline in size. As Rosling’s presentation attests, the global population is no longer viewed simplistically in terms of us versus them, the developing world versus the West.

Watching the Dove soap video leads me to disagree with the underlying premises of Savage and his Malthusian proposal. In reality, we are just learning of the tremendous potentials of many nations moving past developing status and enormous possibilities available to scientific discovery. Our collective human capacity for growth and adaptation is enormous.

People have the means to survive and prosper; love is big enough to contain our humanity.

Note: An earlier version of this article appeared here.