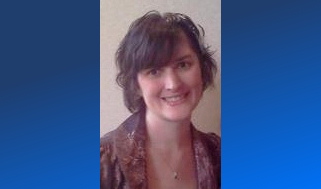 Pregnancy as a disease.

What is health care? Right-to-life opponents would have the world believe that health care is uninhibited access to hormonal contraceptives. They incongruously plead with religious and conservative legislators to “stay out of their bedrooms,” while simultaneously demanding that hormonal contraception be covered by the tax dollars of every American – no exceptions. The HHS Mandate as it stands will override the conscience objections of millions of Americans who do not believe in being or do not want to be forced to pay for contraceptives. Critics of the mandate maintain that being forced to pay for a product that they do not want (contraception) is what makes the HHS Mandate uniquely problematic.

Sandra Fluke, Planned Parenthood’s poster child for demanding that the HHS Mandate not be altered despite the fact that many Americans find it unconscionable, pleaded on behalf of Planned Parenthood in an e-mail update last month, saying that “birth control is basic health care” and that “powerful voices are still fighting to take this basic health care away from women.”

For an organization that claims to stand for “choice,” Planned Parenthood’s vehement push for forced contraception coverage is rather ironic. Where is the choice for people who don’t want to be forced to pay for birth control? Planned Parenthood is nowhere to be found when conscious objection is on the line.

Is birth control basic health care? And are powerful voices trying to take it away from women, or simply trying to follow the mandates of their own consciences?

The practice of good medicine entails performing only those procedures which are:

i) Indicated. There must be something wrong; some recognized disease to warrant doing this treatment.

Now, it seems counter-intuitive that a feminist like Fluke should imply that a woman’s natural functions of fertility and childbirth are a “recognized disease,” but folks: that’s exactly what she is fighting for the law to recognize. Mandating that taxpayers be forced to pay for hormonal birth control as essential health care for women implies that something is intrinsically wrong with fertility and pregnancy.

What about the cases in which hormonal birth control is prescribed to treat a hormonal imbalance that causes problems for the woman’s health? Many physicians, recognizing the adverse effects of these treatments, have committed themselves to finding alternative hormone therapies that will help women more than so-called “treatments” like the Pill. These physicians, many of whom work with the Pope Paul VI Institute for the Study of Human Reproduction, have a woman’s best interest in mind when they seek to pinpoint root causes of hormonal problems and treat them with therapies that will not cause the same adverse side-effects as hormonal contraception.

ii) Beneficial. There must be scientifically established benefits in the long run of the patient’s life.

Birth control and abortion are beneficial only if you accept the first premise: that a woman’s natural functions are medical problems in need of correction.

iii) Free of harm. There are very few procedures that don’t have some detriment. Most are temporary and borne well by patients who foresee the benefit.