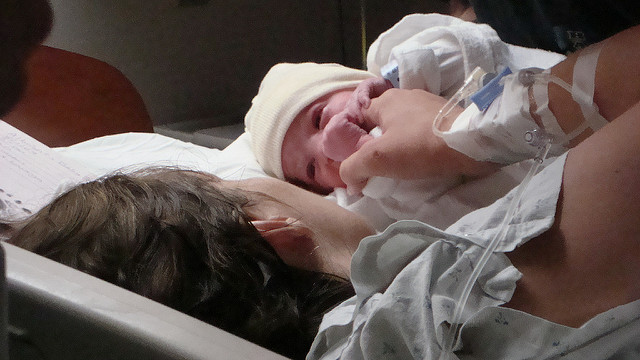 (Pregnancy Help News) OB-GYN Robert Snyder was on vacation in Hawaii, just hiking to the top of an inactive volcano, when he received a text message informing him that a client had delivered her baby.

As he came to the summit and looked out over the island and ocean, Snyder was undeniably moved.

The client wasn’t just any client. And the baby wasn’t just any baby. The pair were two of the patients Snyder has rescued with the help of a life-saving protocol known as abortion pill reversal. The baby’s birth marked one of hundreds that have taken place since the Abortion Pill Rescue Network was founded in 2012.

“It was a mountaintop experience, literally and figuratively, to really know that I’d made a difference for that baby’s life,” Snyder said. “It was really cool. It brought tears to my eyes. It was great.”

That mountaintop experience is all the more significant considering the climb Snyder took to get there. 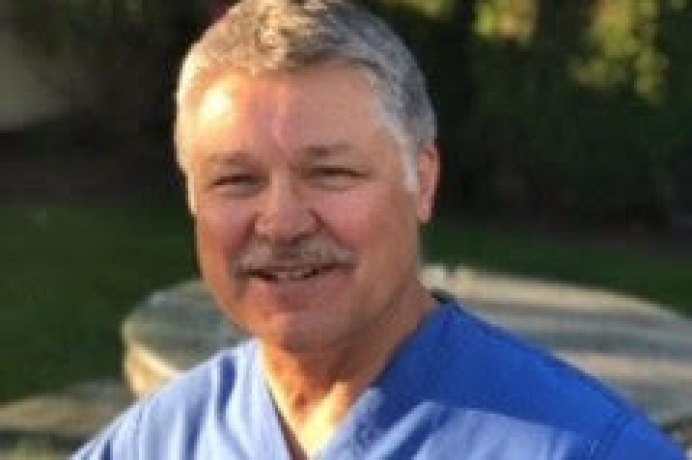 Snyder’s first encounter with abortion occurred many years ago when his girlfriend discovered she was unexpectedly pregnant.

Confronted with an enormous life change before him, Snyder gave an ambivalent response he now regrets.

“I did the typical guy thing,” he said. “I told her we would do what she wanted to do regarding keeping the baby or having an abortion.”

In the years since that loss, Snyder has come to realize the enormity of the decision he left his girlfriend to make.

“No girl wants to hear that, to have it all on her shoulders,” he said. “I know that now after having seen it a hundred times.”

On track to becoming an OB-GYN, Snyder would become increasingly familiar with abortion, performing both first and second trimester abortions during his residency.

“The way I rationalized it was that I was not the one deciding to abort, and I was good at what I did, so I was keeping (the women) safe,” he said. “I had several partners who also did abortions and I saw them as good Christian men and felt it was acceptable.”

“I was informed by one of the general surgeons at my interview that doing abortions would not be popular in that town,” he said.

He decided to stop performing abortions but offer referrals instead.

Then, two years later, Snyder’s life changed again with another move that took him out to Seattle. As he settled into a town that would become his home for the next two decades, he decided to join a Bible study.

One night, the topic of abortion came up.

“One of the other members asked me how I justified my decisions about abortion because the Bible says it is wrong,” Snyder said. That question made him reconsider everything he’d believed about the subject.

“After that night, I made a decision to believe the entire Bible and not pick and choose what I wanted to believe,” he said.

Years later, Snyder was pulled deeper into his pro-life beliefs when he attended a Christian conference and concert with his 14-year-old son. There, he saw a display for Life Choices Crisis Pregnancy Clinic and decided to get involved.

“I did ultrasounds there, then talked to the clients and prayed with them about their decision,” he said. “God uses our choices and experiences to counsel others. I did ultrasounds and showed these women their baby, sometimes the size of a grain of rice, and many times, (that) softened their heart and they chose life.”

“It was those early days of praying with the women that prepared me to pray with my patients in my office,” he said.

Those numbers aren’t insignificant considering the abortion culture that pervades Washington State. Not only have politicians there forced taxpayers to fund abortions via Medicaid, but they have also joined a small but vociferous push to interfere with the life-affirming work of centers like Care Net.

In a territory like that, Kim Triller, executive director of Care Net of Puget Sound, says their work is all the more important. In 2016, more than one-third of the state’s abortions took place on women from King County, the Seattle area where her center is based. Among girls and women up to 19 years of age, Triller noted that one in two pregnancies ended in an abortion.

“We consider everybody up there (in Seattle) abortion vulnerable,” she said. “So Dr. Snyder’s right in the right spot.”

As if overseeing the clinic’s medical services and running his own practice wasn’t enough, Snyder decided to join the Abortion Pill Rescue Network three years ago.

The network, which now boasts 800 clinicians around the world, is managed by Heartbeat International, a global organization of more than 2,600 pregnancy help organizations. Since it was started by physician George Delgado in 2012, the network has now helped save the lives of 750 babies from an in-progress chemical abortion.

The abortion pill reversal treatment works by giving women extra progesterone up to 72 hours after a woman takes the first chemical abortion pill. Last year, Delgado released a study showing that 64-68 percent of women who used the protocol were able to give birth to a baby with no greater risk of birth defects than the general population.

For Snyder, who routinely uses progesterone in his private practice, those numbers made sense.

“We use progesterone really pretty frequently to support pregnancies,” he said. “If I have somebody that comes in with an infertility problem, I may prescribe some clomid to help them ovulate a little bit better and then use some progesterone to help support it. The medication is certainly safe and there’s no evidence that it causes any problems.”

Since joining the Abortion Pill Rescue Network, Snyder has now helped about 10 women rescue their babies.

“That’s 10 babies you wouldn’t have reached otherwise,” he said.

He’s hoping to save even more by implementing new insights he recently gained at Heartbeat International’s Annual Conference in Dallas. Together with Triller and the rest of the leadership at Care Net of Puget Sound, he is exploring the possibility of offering abortion pill reversal through the pregnancy help center itself. Additionally, next year, with the Heartbeat Conference scheduled to take place in Seattle, he sees a profound opportunity to grow the local network of providers.

Still, even with a big vision in mind, Snyder is well aware that not every baby can be saved by reversal.

Encouragement in the Valleys

A few months ago, Snyder had just finished reading a story on twins who’d survived a chemical abortion attempt, when he got a phone call. It was the Abortion Pill Rescue helpline (877-558-0333), and the woman in need was pregnant with twins.

Although twin pregnancies produce extra progesterone, potentially increasing their likelihood of survival, these twins were lost to the abortion.

Snyder, with his past experience at the back of his mind, believes it is important to connect with women like this mother anyway.

“One of the things that I really like to do is I like to give them encouragement,” he said. “I always tell them how proud of them I am, because you know, they’re standing up and I think that in that kind of situation, they need to hear that kind of stuff. They need to hear that they’re making good decisions. Just because they make one and then you change your mind, that does not define who you are. If you come back and say, ‘Oh boy, I just feel really bad about what I did’—we’re here to help you.”

That help has a special significance for Snyder, who cannot reverse the abortion that ended his child’s life.

“Although I know I’m forgiven, I still regret that, and it’s still painful,” he said. “And here’s somebody who has the chance…I can’t change anything for myself…but for them, they can. And so I want to be an encouragement for them.”

Editor’s Note: This article was published at Pregnancy Help News and is reprinted here with permission. Visit Abortion Pill Rescue for more information and help.