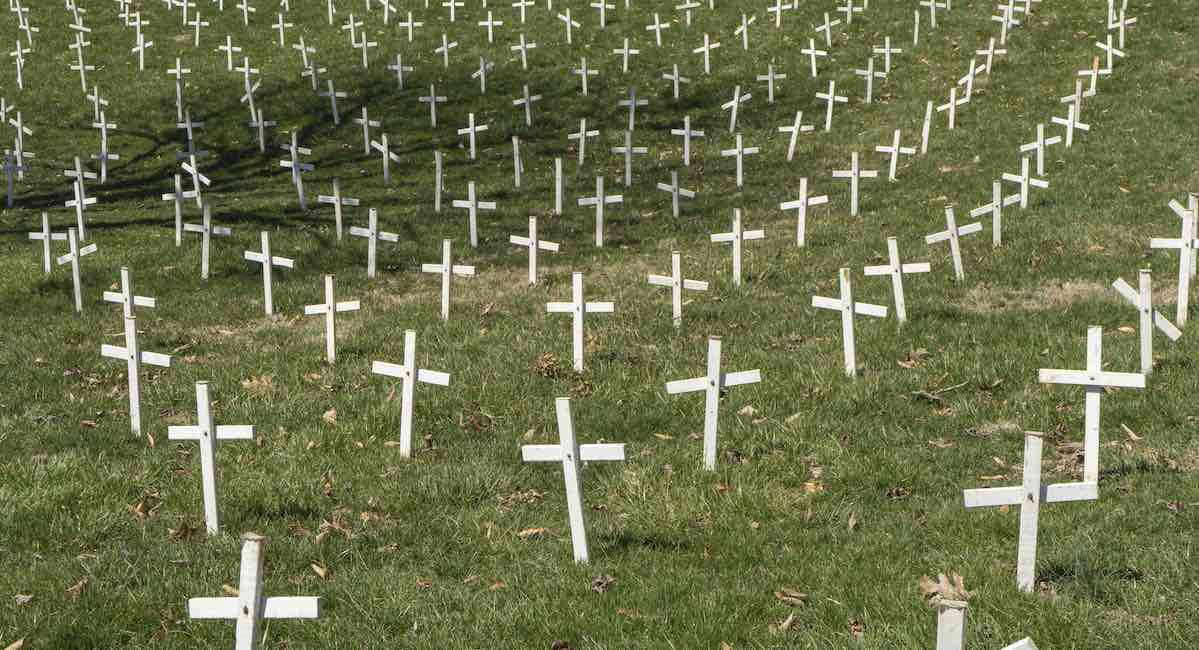 A Christian university in Montana is refusing to allow pro-life displays on campus.

When Emily Krokot, treasurer and secretary for Young Americans for Freedom at Rocky Mountain College, asked for permission to put crosses in the ground to memorialize abortion victims, a common memorial and similar — Krokot notes — to a display the college puts up to remember 9/11 victims, the College denied her request.

Dean of Students Brad Nason informed her that her display would have “effectively eliminated every student’s ability to choose to engage or not engage with that issue” if students happened to catch sight of the display. According to the College Fix, Nason was also concerned that it might imply the “direct or tacit endorsement of that particular issue by the College.”

Nason suggested that instead of the display, the college would instead allow student groups to engage in “alternative programming, dialog, lecturers, etc” on the topic of abortion. When Krokot asked what the difference between verbally discussing pro-life issues and a display was, Nason responded that “the pro-life/pro-choice debate is incredibly divisive” and that “a public display is confrontational.”

This serious breach of free speech on a Christian campus drew the attention of the Foundation for Individual Rights in Education (FIRE), which launched a pressure campaign on the school. FIRE stated that RMC’s rejection of the cross display, as well as the administration’s subsequent rejection of an “Unborn lives matter” poster as “too divisive,” cannot be reconciled with the free expression the college promises its students.

A letter sent from FIRE to the organization read in part, “Assuming that RMC does intend to protect the free expression of its students—as it promises—it must recognize that the proposed cross display falls squarely within that protection. Even if others were to find the display offensive or divisive, this possibility is not a basis on which an institution committed to freedom of expression may rely to justify suppression of speech.”

Nason claims that RMS – a Christian school- might be accused of supporting pro-life causes if students set up a pro-life display, but Adam Goldstein of the Individual Rights Defense Program responded to this in a phone interview with The College Fix. “I think the idea that people can’t separate out actions of college students from actions of a college is naive,” he said. “I think we all know that college students engage in activism and no one is confused that institutions are enthusiastic necessarily about every protester who shows up on campus.”