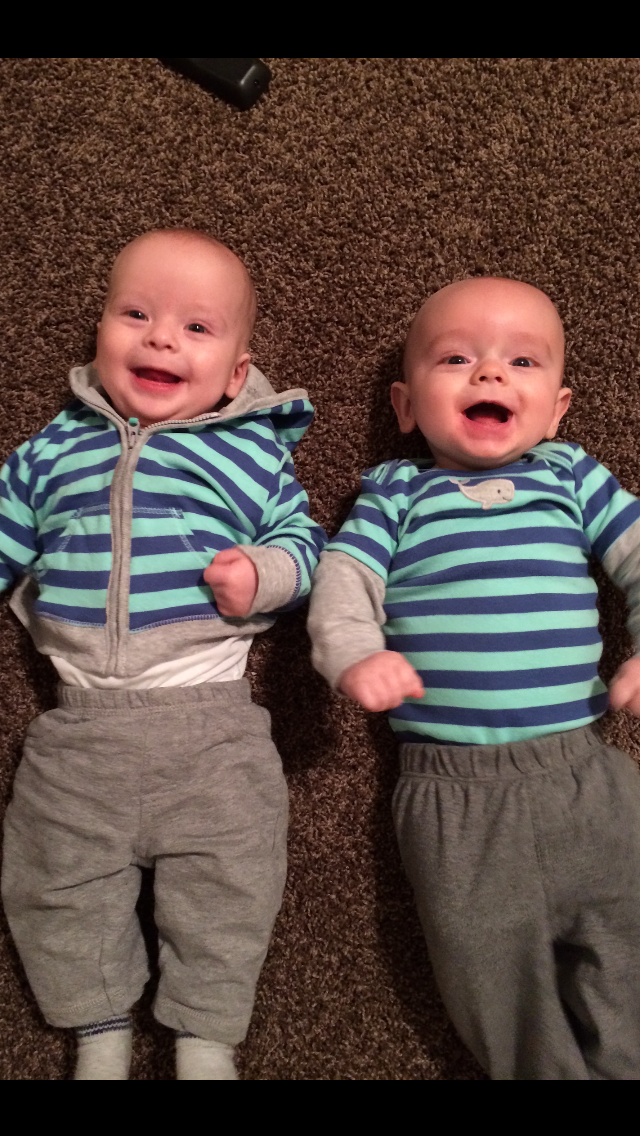 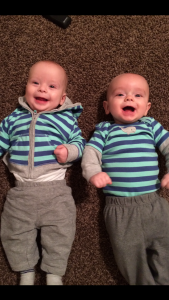 Live Action was contacted by Makenzie Street, who wanted to share the story of how she became pregnant at 22-years-old with a man she had been dating for only a few weeks, and from one of the first times they had had sex. Makenzie mentioned such hopeful words of inspiration. From the start she mentioned that she “had a great story … to share.” She thought “it could make a difference and [she] would love to help the fight against abortion.” She also mentioned that:

… [e]veryday is a challenge and a lot of work but I am so happy with my decision and would only hope that if another woman was in a similar situation she would choose life and either keep her fetus or give it to someone else who can cherish it like I cherish my two “mistakes”. How can I share my story with the world to inspire people? I want to make a difference!

Being so inspired, I decided to ask her a few more questions about herself, her boys and their father figure. I also asked her what she wanted others to know about what it was like going through her situation, and what she wished to share with others.

Makenzie described how she got pregnant “in a not ideal scenario.” And as some certainly feel in such scenarios, she also mentioned that she thought, “I can’t have a baby, not now not with this guy!” But then, after going in for her 12-week appointment, she found out that she was expecting twins. She describes them as “[t]wo little apricots that I didn’t think I wanted!”

She was very tiny, at only 95 pounds, and told to be on bed rest. Despite how terrified she was, she was able to carry her two sons to term – fraternal twins, with no complications. She didn’t even go on bed rest. The boys, Ledger and William, also didn’t even have to spend a day in the NICU. Makenzie is proud for them to have a new father figure as well.

Makenzie shares much about herself. She is 23-years-old now and lives in Utah. She loves the outdoors, as well as children, and worked at a daycare for three years. She said she “always thought” she would have kids when she was married and 30, but just sort of laughs it off that that didn’t happen. Makenzie says that she “really lucked out” with her boys, as they are easygoing and happy most of the time.

Perhaps even more touching is Makenzie’s mention of Jake, her current boyfriend. She says that Jake loves playtime with them, and that “he can always get them to laugh and smile.” Jake and Makenzie dated a few years ago and initially didn’t work out, being “on different life paths.” They remained friends, though, and Makenzie says that they have always loved each other:

When he found out I had left their dad and was living at my sisters with brand new twin boys, he called me and asked to see me. He fell in love with the boys instantly! He is like our knight in shining armor! Came and swept us up and rescued us! He takes great care of us! He is an amazing person.

Makenzie describes being “scared” and “terrified” by the discovery that she was pregnant. She had barely known the guy she got pregnant from, and it was uncomfortable for some of her friends and family, since they had never heard of him. Makenzie had been living a lifestyle of “smoking a pack a day and … partying all the time.” Miraculously, though, she was able to wean herself off smoking three days after her positive pregnancy test, and she also quit drinking. She acknowledges that she “had to change [her] life completely” and that “it was hard, but so worth it.” Also, despite the “disappointment and awkwardness” from some, her friends and family were fortunately supportive.

Makenzie had always wanted to be a mother, but not at that exact moment. The father asked what she was going to do, and seemed disappointed that she was going to keep her baby. She came to this decision only hours after finding out. The father had been a bachelor for years and was ten years older than Makenzie, and “having kids was totally not what he wanted.” He had an 11-year-old son and didn’t want any more kids.

And Makenzie admits that “[i]t was hard making [her] decision knowing he wasn’t going to be supportive.” Once she found out at 12 weeks that she was going to be having two, especially with her small size and being afraid about being able to carry them, she thought about it again. This, Makenzie is “ashamed to say.” As Makenzie mentions, two surprise babies are harder than one surprise baby. She “fought the negativity and still chose life,” though:

Ultimately I knew that it would be hard and that it wasn’t ideal and I was scared but I wanted to be a mother and I knew it would all work out. I knew they would be a blessing in the end.

When considering what her biggest challenge was, Makenzie mentioned the weight gain – 60 pounds – and said that her “little body was struggling with twins, it was hard.” She even had to get physical therapy since it was so painful to walk. The twins were in her ribs, and Makenzie also faced a twisted pelvis. 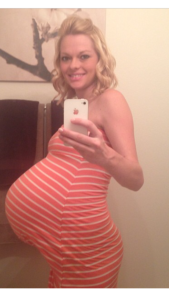 Makenzie “tried to stay positive and obviously the reward was two very health perfect angels, [who] never saw a day in the NICU.” They were born at 37 weeks, being a good size and with no complications. Makenzie says she “was very fortunate.”If she could have changed anything, Makenzie wouldn’t have stuck it out so long with the father:

… I would have left their dad from the beginning. Instead I tried to make things work with him, I left him right after they were born. I should have never gone through the pregnancy with him. It made things more difficult. He wasn’t very helpful, he was very negative and selfish. He was always gone partying with his friends (he is an alcoholic). I shouldn’t of stuck around. But I wanted to try.

She also talks about how pregnancy and parenting have changed her. Makenzie described the hormone changes, with being more sensitive and caring more, and also how she could “cry through sad movies that normally wouldn’t phase [her]!” But that caring more also gave her something else:

… a desire to be better, to care about more than just having a good time with friends, or my own selfish wants[.] I care more about my future and what matters. My family. It has changed the way I think about myself. The way I think about everything! I love being a mom!

Makenzie says that she is also more “passionate” about topics such as abortion. She explains how she knows those who “want kids and can’t, or tried and lost.” And she also says that it is “heart wrenching” how there are those who “are fertile and healthy [and] just slaughter children.” She is also passionate about the issue of breastfeeding. Makenzie has tandem-breastfed the boys since day one. She feels that breastfeeding is “natural and needs to normalized in society.”

Makenzie’s advice for those who find themselves pregnant, or young women in general, is to not “ever give up, [as] there is always hope!” She points out how our bodies “can do remarkable things … which may seem hard or horrible [and] end up becoming miracles.” We should use negativity from others to fuel our desire to achieve something.

She also stressed to choose life, “[n]o matter how difficult it may be[.]” Makenzie had her reasons, such as “[d]on’t make an innocent child pay for your decisions” and that “[e]ven if you can’t give that child the life it deserves[,] someone else can!” But Makenzie also makes another, rather thoughtful point to conclude:

You might be surprised! Some of our biggest mistakes can end up as blessings. Choosing life is so much more than just for the child, it will save your life as well! It can make a difference for a lot of people. Being a single mom is hard, being a young mom is hard, but being a helpless defenseless child would be the hardest!! Put them first and it will always end in good! There is hope for everyone! Be positive and get help wherever you can. Keep your head up. 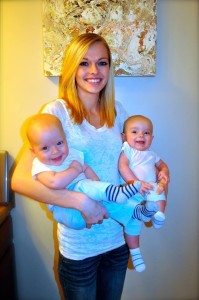 Makenzie getting pregnant may not have been from an ideal scenario, and was not without complications, especially with two surprise babies. But this brave young woman stuck through it and chose life for her two lovely boys. And out of this situation comes wonderful life lessons – not just for this young mother and her boys, but for those who are inspired, and those who realize that they can rise up to the challenge and choose life.