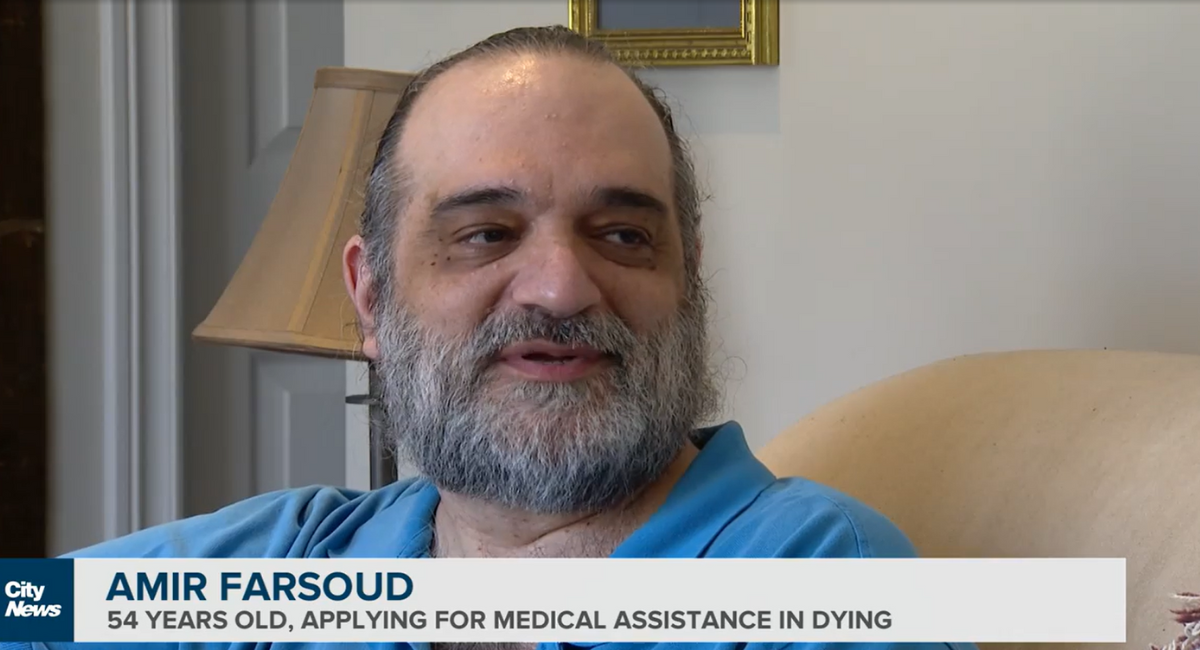 A Canadian man who had said he was considering euthanasia due to his potential homelessness has changed his mind thanks to an outpouring of public support, according to City News.

As Live Action News previously shared, Amir Farsoud had applied for Medical Aid in Dying (MAiD), Canada’s legalized euthanasia, not because he was terminally ill but because he was facing the loss of his house and feared becoming homeless. At the time, Farsoud acknowledged that he didn’t actually want to die, but he didn’t know how he could live without a home.

Following the story, a stranger named Effy started a GoFundMe to support Farsoud. The public response was overwhelming, raising more than $60,000.

“The first time we spoke, I had nothing but darkness, misery, stress and hopelessness,” Farsoud said of speaking with Effy. “Now I have all the opposite of those things.”

Farsoud, an Iranian immigrant, said that many of the donations came from people in Iran. He also described the elation he felt upon realizing that he would be financially stable enough to stay in his home.

“I have felt like this one time in my life. When we left Iran and got to France, we left the plane and I was a kid, but I fell to my knees and kissed the tarmac, because no one was going to shoot me, no demonstrations, no army, no burning buildings. I’m going to get up in the morning knowing I wouldn’t be dead that night,” he explained. “The way I feel or have been feeling since this happened, that’s the closest I’ve come [to that].”

He added that he hasn’t just received financial support, he’s also received help from therapists. “There has been this amazing outpouring of love and support, emotional support. There’s been therapists that have gotten in touch to do like online or on the phone therapy,” he said.

Farsoud said he was overwhelmed by the generosity he received from others. “It’s amazing what an act of kindness can do,” he said. “I wouldn’t have thought it possible the kindness and humanity and compassion I saw, I didn’t think it existed anymore. It does.”