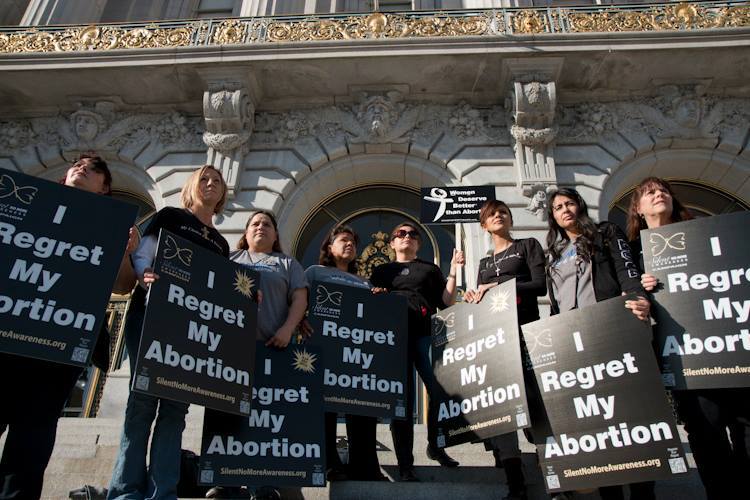 A 2022 pro-abortion book contains a study on post-abortive women by Meredith Navarro-McCullar, an abortion doula who “helps” women by providing transportation to abortion facilities, overnight housing, and childcare. There is no pro-life bias in this book, and therefore, this makes her admissions particularly striking.

First, Navarro-McCullar admitted, “The literature concerning the postabortion responses of women appears biased towards the political affiliation of the author. The women who have negative emotional responses postabortion are seldom recognized.”1

From her interviews, Navarro-McCullar concludes that “women do indeed experience emotional responses postabortion. Indeed, these responses can even be of a negative and detrimental nature.”2 She conceded:

Almost all the interviewees grappled with negative feelings… Two out of the five interviewees described how they coped with these feelings by consuming alcohol, using cannabis or prescription medications, or exercising.3

The reality of both regret and denial

Navarro-McCullar said one woman, Dena, “was very emotional during our interview; it was as though she had reopened an old wound.” Dena’s pregnancy resulted from a “fling.” The father of the baby was “upset” that she wanted to “get rid of it.”

Even though Dena’s abortion took place years ago, she sobbed when telling her story. Navarro-McCullar wrote:

While recounting this experience, Dena cried, so we just sat in silence for a few moments as I held her hand… For her, sharing this experience felt as if she were reliving it in some ways… I felt sad seeing someone in pain; it took me back to how I felt after my own abortion…4

However, Dena said, “I don’t regret it. I don’t allow myself to regret because it was a choice I made, and I know that for me, it was the right choice.”5

Her claim not to regret rings somewhat hollow. Clearly, she was traumatized.

Another woman, Lilly, said, “I remember everything from that day as if it was yesterday. I hate it. I hate the feelings it brings in me… I feel like I’m never gonna completely get over it, in the sense that it’s always gonna be there.”6

Before her abortion, Lilly looked up pictures of aborted babies. She found them “excruciating.” Lilly knew exactly what would happen to her child, but she aborted her baby anyway. Navarro-McCullar wrote:

[Lilly] was ready for [the abortion], fully prepared, and believed she was emotionally equipped to handle the situation. From our interview, it appeared that Lilly was taken by surprise by the emotions that emerged shortly after her abortion.7

Being with her then-boyfriend seemed to be a big reminder of what she had done … In many ways, she resented him for becoming pregnant and having an abortion. She tried being with him for 10 months after the abortion but realized that it was in her best interest if they parted.8

Another pro-abortion researcher who interviewed women noted, “almost every relationship between single people broke up either before or after the abortion… Sex, which had brought intimacy and relief, brought memories of pain and guilt.”

Unlike Lilly, Julie — mentioned in the book — knew nothing about fetal development when she had her abortion. Navarro-McCullar said, “It was not until [Julie] had her firstborn son that she realized what she had done.”9 Navarro-McCullar didn’t elaborate on exactly what Julie had done.

Navarro-McCullar wrote, “[Julie] thinks that women should know full well what they are doing and understand that the life they are ending has two hands, two feet, a head, and a beating heart.”11

Sunny was an artist but stopped making art after her abortion three years ago. She said:

I’m surviving. I’m still not allowing myself to feel. I don’t cry… I have to survive to function… I haven’t had the time to deal with it. I have not dealt with it… I feel like I’ve been in a straitjacket for three years. Artwork is private; it’s like looking in a mirror, but [I] can’t look at myself…12

Rita had two abortions. When she became pregnant a third time, her parents tried to force her to have another. Determined not to abort again, she ran away from home. Navarro-McCullar says, “[Rita] was willing to do whatever it took to protect her baby…”13 The use of “baby” here seems revealing.

Despite all the evidence of pain and negative effects, Navarro-McCullar concluded, “[T]hese women have come through more empowered and stronger than ever. They all felt their decision at the time was right and needed; they, therefore, have no regrets today… They are stronger women because of the experience.”14

But these women include one who sobs every time she mentions her abortion, even many years later, another who would’ve made a different decision if she’d known about fetal development, a third who can no longer pursue the art that was a major passion before her abortion, and another who believes the pain will never go away.

Do these women seem “empowered”?