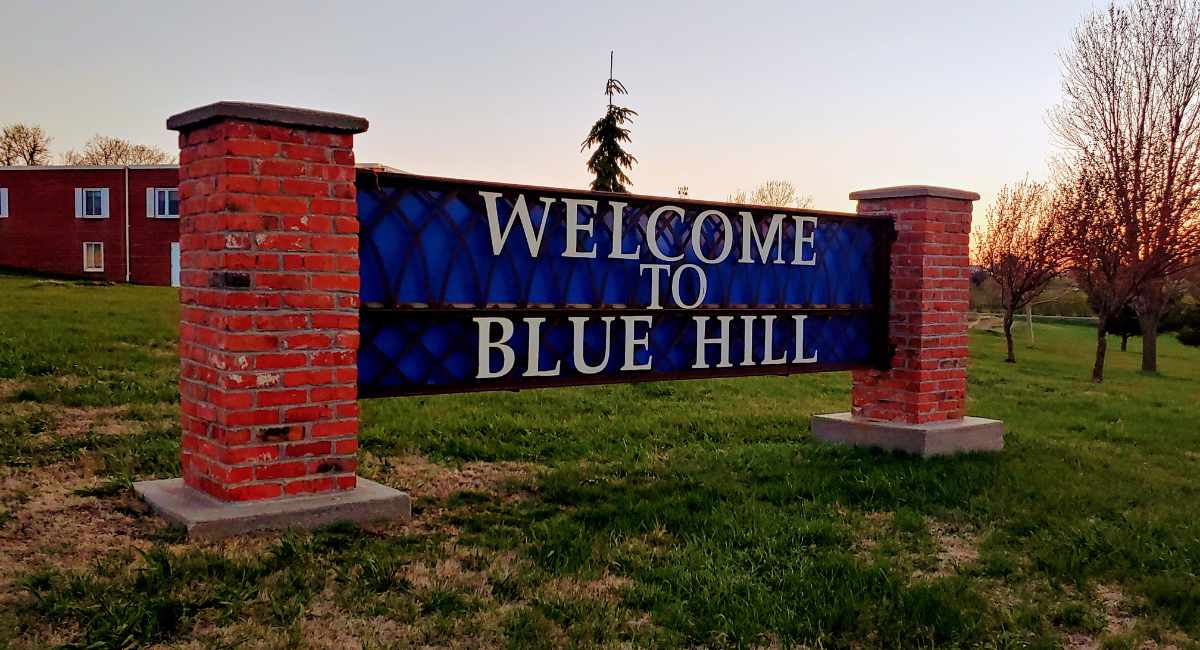 The City of Blue Hill, Nebraska (pop. 941), has become the 25th city in the nation and the second city in Nebraska to pass an enforceable ordinance outlawing abortion within its city limits. The vote of the Blue Hill City Council was a unanimous 3-0 vote. Although one council member was absent for part of the meeting and missed the actual vote, he was supportive of the decision of his City Council and proud to stand with the council’s three “Yes” votes.

The ordinance, which immediately outlaws abortion, also declares the abortion pill contraband in Blue Hill, Nebraska. The vote lives up to the phrase on the official seal of the City of Blue Hill, which reads, “Preserving Our Heritage for Future Generations.”

It all started when a community member had heard about the Village of Hayes Center becoming the first city in Nebraska to pass an ordinance outlawing abortion. Upon hearing the news, that community member reached out to Mayor Schunk to let her know that this was something that she wanted to see in Blue Hill. Schunk reached out to a director with Right to Life of East Texas on Friday morning. It was placed on the city council agenda that morning, and a vote took place on Tuesday — just four days later.

Mayor Keri Schunk said of the ordinance, “When someone brought this issue to my attention, and I was urged to ‘Add us to the list,’ I wasn’t sure it was necessary for small-town Blue Hill. Would anyone ever open an abortion clinic here? Probably not, but I’ve learned being proactive is much easier than being reactive. Today, more than ever, we must strive for a better tomorrow, or society will suppress and surpass us. I think the future of Blue Hill is in good hands with a council that unanimously votes to prohibit abortion within their city limits.”

The vote to outlaw abortion came one day after the U.S. Food and Drug Administration’s acting commissioner, Janet Woodcock, sent a letter to the American College of Obstetrics and Gynecology indicating that the FDA intends to “exercise enforcement discretion” in the dispensing of the abortion pill by mail during the COVID-19 pandemic.

[Editor’s Note: Read more here on why the ACOG’s statement should be viewed with scrutiny, especially regarding the abortion pill’s alleged safety.]

In late January, the Biden-Harris Administration released a statement on the 48th anniversary of Roe v. Wade committing to abortion access in every zip code. This action by the Biden-appointed head of the FDA is a clear step in the fulfillment of that commitment.

While several cities throughout the U.S. have passed resolutions declaring themselves to be “sanctuary cities for the unborn,” the city leadership of Blue Hill recognized, along with 23 cities in Texas and one city in Nebraska, that resolutions do nothing to protect the health and welfare of the residents of their city from the aggressive pro-abortion agenda of the Biden-Harris administration. This is why the City of Blue Hill passed an enforceable ordinance which immediately outlawed abortion within its city limits.

READ: First city in Nebraska steps up to become a ‘sanctuary city for the unborn’

The Ordinance states, “It shall be unlawful for any person to procure or perform an abortion of any type and at any stage of pregnancy in the city of Blue Hill, Nebraska” and “It shall be unlawful for any person to knowingly aid or abet an abortion that occurs in the city of Blue Hill, Nebraska.” Abortion is defined by the ordinance as “the act of using or prescribing an instrument, a drug, a medicine, or any other substance, device, or means with the intent to cause the death of an unborn child of a woman known to be pregnant.” The Ordinance is clear that the term does not include birth control devices or oral contraceptives and that the act is not an abortion if the act is done with the intent to “save the life or preserve the health of an unborn child” or “remove a dead, unborn child whose death was caused by accidental miscarriage” or “remove an ectopic pregnancy.”

Like the Hayes Center Ordinance, the Blue Hill Ordinance does not contain a private enforcement mechanism like the one which is seen in the 23 Texas ordinances, and also like the Hayes Center Ordinance, the public enforcement of the Blue Hill ordinance is immediate and is not based on future court decisions. Those who are found in violation of any part of the ordinance shall be subject to a fine of $500. This fine is immediately enforceable and contains only one exception. “Under no circumstance may the penalty be imposed on the mother of the unborn child that has been aborted.” 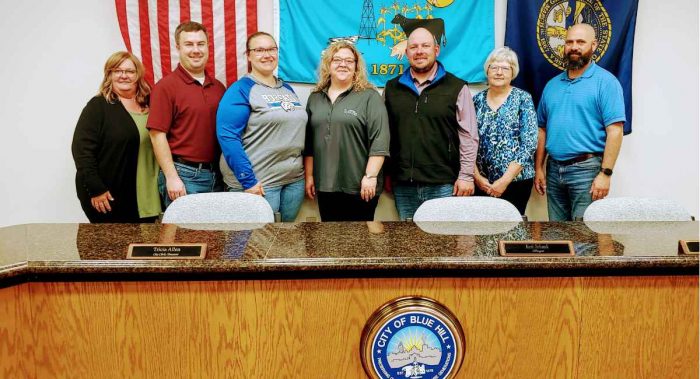 If the City of Blue Hill faces a lawsuit as a result of the ordinance, Attorney Jonathan F. Mitchell, the former Solicitor General of Texas, has agreed to represent the city at no cost to the city or taxpayers. In May 2020, when seven cities in East Texas that had passed the ordinance were sued by the ACLU, Mitchell represented the cities, and after three months, the ACLU withdrew its lawsuit. The lawsuit cost the cities and taxpayers nothing — and abortion remans outlawed in every city that was sued.

After Hayes Center became the first city in Nebraska to outlaw abortion, Governor Pete Ricketts took notice, commenting, “Nebraska is a pro-life state, and communities are working to recognize and protect innocent life in a variety of ways. The Biden-Harris Administration is pushing a radical, pro-abortion agenda, and Nebraska must do everything we can to stand against the abortion lobby.” On Tuesday night the city leadership of Blue Hill did just that as they declared abortion outlawed. According to Sanctuary Cities for the Unborn, petitions to outlaw abortion are coming in from residents all over the State of Nebraska including the cities of Wallace, Wauneta, David City, and Broken Bow.