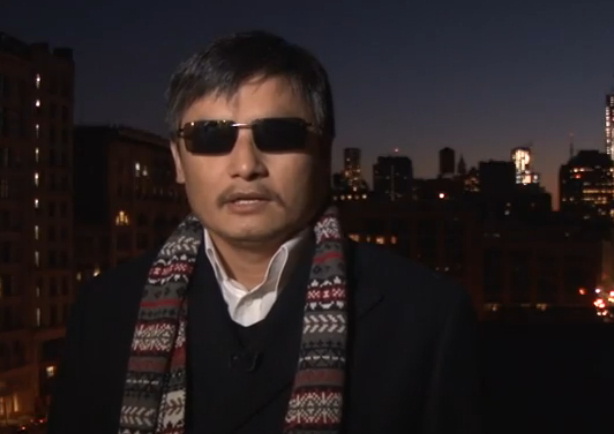 “How can world leaders remain unmoved?”

“In China, no one is safe,” says pro-life activist Chen Guangcheng.

According to CNSNews.com the blind Chinese activist is not optimistic about the human rights situation in China. In a video filmed in New York City, Chen notes that, “unfortunately, the human rights in China is [sic] in fact getting worse.” Chen calls for more international attention to the matter, pointing to violations against human rights by the Chinese government, including forced abortions in order to enforce the one-child policy.

According to Chen, the United States, a “beacon of freedom,” should play a role in stopping China’s human rights violations, saying trade should take a backseat to human rights. In contrast, President Barack Obama recently called the U.S. relationship with China “cooperative and constructive” and said the two nations need to set “clear rules of the road” for trade and investment.

“How can leaders of the free world keep silent watching the blood and tears of fellow human beings flow and Tibetans burning themselves?” The Chinese activist asked. “How can world leaders remain unmoved?”