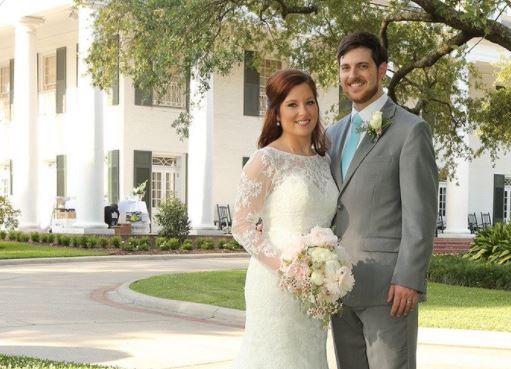 Louisiana Governor John Bel Edwards has been vocal about his pro-life convictions and has signed pro-life legislation into law, including a ban on abortions once a fetal heartbeat can be detected. Edwards has also been open about the difficult time in his life that helped shape his understanding of why pro-life laws are important.

Still, the couple remained firm. Their daughter was not disposable.

“It was our belief that God has a purpose in everything and we would have this child,” said Edwards in a 2016 interview with CatholicPhilly.com. “I credit Donna; she is a very courageous person. Our daughter is now 24 years old… I cannot imagine what our life would be without her, and I tell this story with her permission.”

Samantha grew up and went on to earn a Master’s of Science in Counselor Education/School Counseling and Guidance Services. In 2016, she married Jonathan Paul Ricau, whom she met at Southeastern Louisiana University. They were married in the same Catholic church where her parents and grandparents were married.

“I’ll just tell you it will be one of the proudest days of my life to be able to walk her down the aisle,” Edwards told reporters days ahead of the wedding. “While Donna was pregnant with Samantha, we had no idea if she would ever walk at all, because we knew that she had spina bifida. We had no idea how bad that might be.”

In 2015, Edwards was criticized for sharing Samantha’s story in a campaign ad. Edwards said it was Samantha’s idea, and the family felt that voters needed to know about the personal event that fuels his pro-life convictions.

As for Donna, her husband’s unwavering stance that his daughter would not be a victim of abortion was a defining moment in their relationship. Edwards told her something that every expectant mother of a child with a prenatal diagnosis deserves to hear from her baby’s father.

“I was devastated,” she said about the diagnosis and pressure to abort, “but John Bel never flinched. He said, ‘No, no. We’re going to love this baby no matter what.’ And at that moment, I watched the boy I fell in love with become the man I’m still in love with today.”