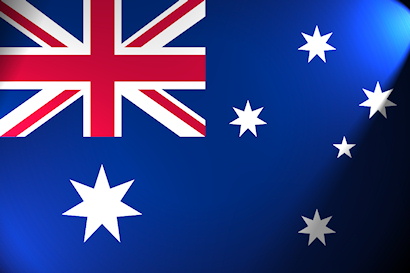 Out of Australia comes breaking news in the case of abortionist Adrienne Freeman. Freeman, an obstetrician, set up a website instructing women how to abort at home, as well as how to obtain the abortion pill RU-486 without a prescription. Freeman was found guilty of unprofessional conduct, but unfortunately, she won’t lose her medical license.

Dr Adrienne Freeman from Brisbane will not be banned from practising but will face yet-to-be-determined sanctions for her actions.

The Medical Board of Australia took Dr Freeman to the Queensland Civil and Administrative Tribunal (QCAT) earlier this year over her decision to establish a website that advised how women could terminate a pregnancy using a drug regime and without medical supervision.

The board alleged she engaged in misconduct by providing instructions for terminations that were unsafe, failing to warn users of the risks, and advising women on how to obtain an abortion drug without a prescription.

Dr Freeman accepted responsibility for creating the website, but she denied her conduct was unprofessional.

Among the reasons she gave for establishing the site were the hope of educating her peers and to provide advice for women in rural and remote areas.

This is yet another case that shows how extreme the abortion industry is, and how little they care for women’s health and safety.

The fact that a doctor would advise a woman to give herself an abortion at home, without being examined by a doctor first, and without medical supervision, is horrifying. Abortion can be dangerous even under the care of a doctor. Women have died taking RU-486, even when prescribed by a doctor. Taking RU-486 puts women at risk for uterine hemorrhaging, viral infections, septis, vaginitis, and death. What kind of doctor would advise women to undergo an abortion at home, alone, without ever seeing a doctor?

On top of advising women to have abortions at home, without medical supervision, Freeman didn’t even tell them what they were risking by doing so. Typical, really: everything is cream and sugar with abortionists. They’ll do and say anything to cover up the poison they’re really giving you. No competent, professional, and ethical doctor would not only advise a woman to undergo a major medical procedure at home by herself, but also fail to disclose the risks she’d be taking as well!

The safety of the women who might attempt to do something like this is clearly of little concern to Freeman, as it obviously didn’t stop her from creating the website. And she still hasn’t seen why this is even a problem – as far as she’s concerned, she was only trying to make sure more women were able to have abortions, so she had good intentions.

And so we get to the heart of the matter. Abortion trumps women’s health and safety. If an abortionist has the choice of furthering abortion, even at the risk of harming women, far too many have shown time and time again that they’ll take that choice.

Sadly, despite the incredible lack of professionalism and ethics that Freeman has shown, she still has her medical license. (Australian women should take note.) She will end up facing yet-to-be-determined sanctions, but for now, she’s free to keep practicing medicine as usual. And that is a truly scary thought.