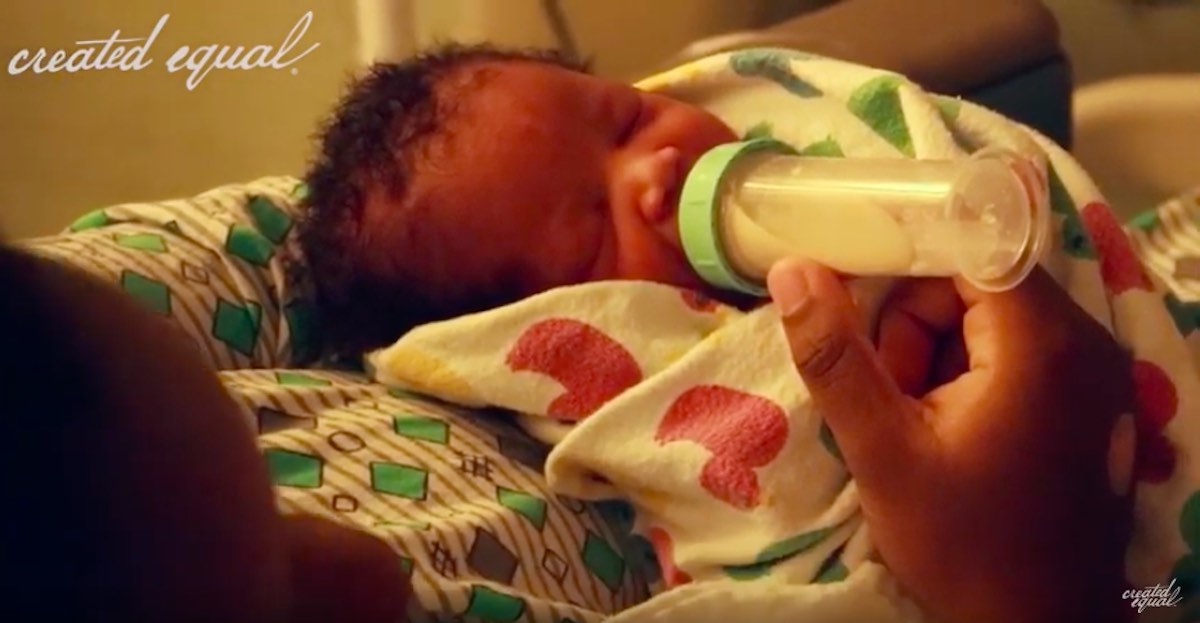 Pro-life activist group Created Equal has just released a powerful new video that follows one woman’s story after she changed her mind outside an abortion facility. Thanks to the powerful witness of Created Equal members and the overwhelming support they offered the woman named Daneshia, she canceled her abortion appointment and eventually welcomed a beautiful baby boy.

As the video begins, the footage shows Daneshia walking up to the facility for her abortion appointment. A counselor, later introduced as Rachel, asks Daneshia not to go in, telling her that the facility doesn’t care about her well-being and only cares about her money.

Daneshia hesitates at first, but goes over and listens to Rachel. After being told that a nearby pregnancy resource center would refund her deposit and offer her free care, Daneshia decides to go inside and cancel her abortion appointment. She then comes out and Rachel accompanies her to the pregnancy center down the street.

“I never thought I would be in this situation, to where it’s like, ‘Wow, I have no options’,” Daneshia tells Rachel. “I feel like I have no choice.”

“You do have choices,” Rachel tells her.

READ: She had to postpone her degree and lost financial aid when she chose life. Then a pro-life group stepped in.

As the video goes on, Rachel says that she exchanged contact information with Daneshia before leaving her at the pregnancy center. Over the course of the next few days, Rachel texted Daneshia offering her support and encouragement. Several days later, Daneshia told Rachel she had decided to keep the baby.

Once they learned that Daneshia wanted to keep her baby, Rachel and other Created Equal members stepped in to support her every step of the way. They started a GoFundMe for Daneshia, raising over $3000 to help her buy baby supplies and things for her other children. Supporters were also on hand to help Daneshia move into a new apartment, and they made meals for her as she made the transition to welcoming her new baby.

In the video, Daneshia herself speaks candidly about why she initially considered abortion. “Pretty much the situation I was in, I didn’t feel like… I should bring another baby in the world,” she says. She says several times that she didn’t consider the life of her preborn child as she made the appointment at the abortion facility. “I felt like I was being selfish. I wasn’t really thinking about another human being. I was just more thinking of myself and the situation I was in,” she said

Daneshia’s cry for help and the overwhelming support she received is a testament to just how powerful the work of pro-life pregnancy centers and activist groups is in helping women experiencing unplanned pregnancies. As Created Equal said in a press release, “Daneshia felt alone when our team met her. But she was not. All it took was the love of someone she did not know to remind her of the beauty of whom she carried within.”