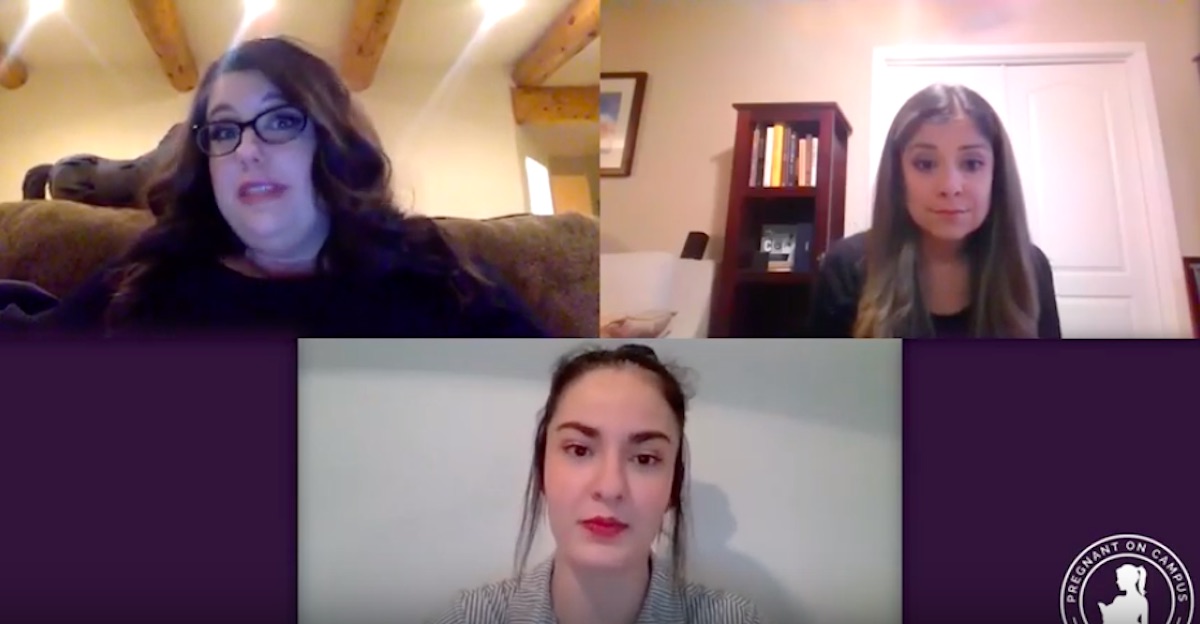 Students for Life of America (SFLA) has recently launched a campaign to help inform young parents of their rights on college campuses. And now, they’ve taken that campaign a step further by financially supporting a mother who was unable to finish her degree after becoming pregnant and choosing life for her son.

Ruth Asmarzadeh was a college student at Pikes Peak Community College in Colorado when she became pregnant in 2017. Asmarzadeh told Fox News that she experienced intense pressure to abort her preborn child but instead, she chose life. In the process, she was forced to postpone her degree because she lost her financial aid and was unable to reschedule the exams she missed due to the birth of her son. Asmarzadeh didn’t realize that she had Title IX rights to these accommodations.

“I don’t like to imagine my life without my son or my education,” she told Fox News. “In fact, it breaks my heart knowing at one point I had to choose between the two.”

Asmarzadeh turned to SFLA for help, and she wasn’t disappointed. The pro-life organization threw her a baby shower, helped reinstate her financial aid, and organized a fundraiser in which they raised the remaining $6,000 Asmarzadeh needed to get back to school.

“One of the things we always say at Students for Life is no woman should have to choose between her education and her child,” SFLA president Kristan Hawkins told Asmarzadeh.

Asmarzadeh’s story spurred SFLA to create a wider campaign launched last month to help women on college campuses understand their Title IX rights. The push is part of the group’s Pregnant on Campus initiative, which aims to inform students about their rights and end discrimination against pregnant women and mothers on campus. As part of their campaign, SFLA helps advocate for things like lactation rooms and diaper decks on campus.

While the Pregnant on Campus campaign has helped many mothers since its launch in 2011, pregnant women still face an uphill battle on college campuses across the country. Cases like Asmarzadeh’s underscore the need for even more advocacy, which is why SFLA released the “Pregnant & Parenting Bill of Rights,” in October. This list of ten rights helps all pregnant women and parents understand the Title IX rights they have on college campuses.

“Lack of awareness of the rights of pregnant and parenting students is widespread, affecting many students and student athletes. More than one in five students is raising a child, and of those, more than 70 percent are women,” noted Hawkins. “Step one of our campaign is to educate women about their rights. Step two is to provide them support, including legal assistance, so that they can complete their educations.”

“Pregnancy should mark the beginning of a new life, not the end of an academic career,” she said. “Know your Title IX rights. No student should have to choose between their child and their education.”