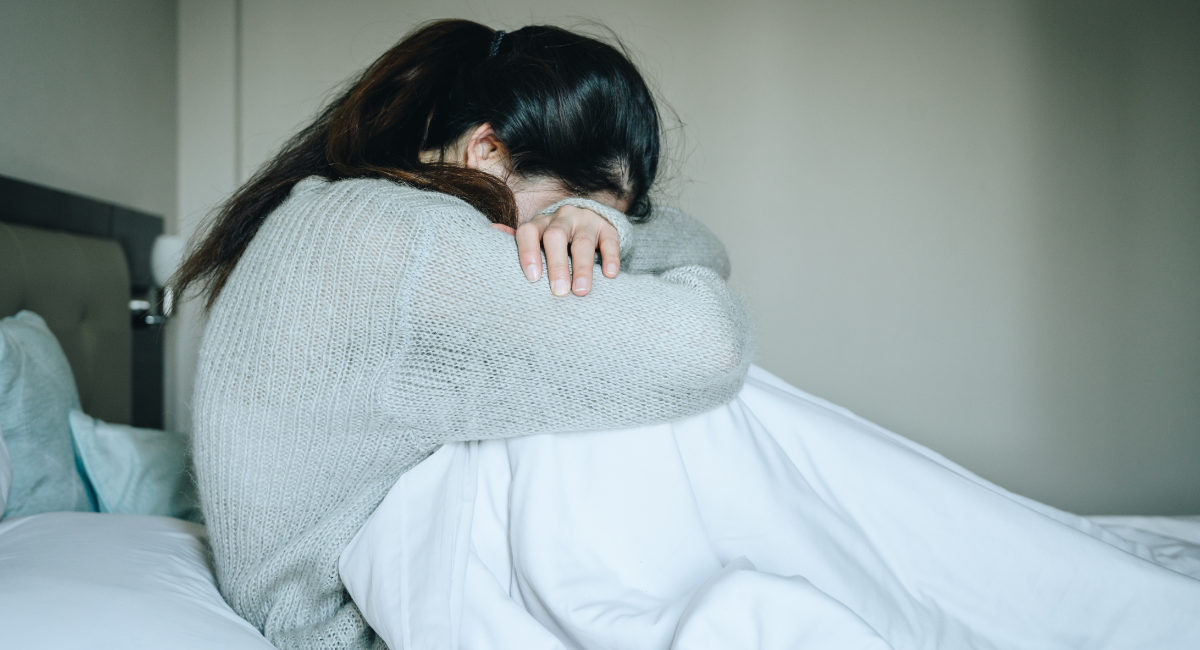 (Right to Life UK) With ‘DIY’ home abortions now accounting for more than half of all abortions in England and Wales, women are continuing to come forward with disturbing stories of what it is really like to have an abortion without any medical supervision.

The Mail tells the story of two women, Emily Price and Katherine Telby, both of whom have had ‘DIY’ abortions since they were introduced in March 2020.

After Emily, 23, a PR executive from Swindon, became pregnant and decided she wanted an abortion, she contacted the British Pregnancy Advisory Service (BPAS), the largest abortion providers in the UK. After a forty minute appointment over the phone with a nurse, Emily, was sent the abortion pills. Emily said:

“It’s a bit concerning I didn’t have to prove I was pregnant. I could have been getting pills for someone else and they’d have no access to their medical information”.

“I was sweating but my body was freezing. I was crying.”

The abortion pills arrived by post two days later and Emily took them shortly after when her baby was almost seven weeks old.

The first pill made her tired. After the second set of medication 24 hours later, she started bleeding within 15 minutes. After an hour, Emily said period-type cramps had turned into pain so severe she was doubled up on the toilet.

“I was sweating but my body was freezing. I was crying,” Emily said, who felt the urge to push three and a half hours after taking the second pill, and felt a “massive clump” come out.

She told the Daily Mail the abortion was far more painful than she imagined it would be and wishes she had gone to a clinic.

“Being in an environment with medical professionals would have calmed me”.

“The nurse told me I might feel a bit of pain, but some women find it harder than others and some have had periods that are worse”, said Emily.

Within hours of taking the second pill though she was hunched over the toilet, throwing up in a bucket and screaming in agony. “I have a high pain tolerance. I’ve broken bones and suffer chronic migraines, but I’ve never felt pain like it. I was terrified”.

‘People need to be aware this is not an easy way out. It will stick with me for ever,’ she says.

“I could have lied and been 20 weeks pregnant”

Katherine Telby also had an abortion since the Government permitted ‘DIY’ home abortions without medical supervision. She recounts how although she would have liked to keep her baby, her boyfriend was not supportive.

“My boyfriend said it wasn’t the right time. My heart said I should keep the baby, but I didn’t want to do it on my own and worried this pregnancy could also end in miscarriage”, Katherine said.

She spoke with BPAS on the phone before they sent her the abortion pills. “I wanted to get the conversation over and done with. There was no verification. I could have lied and been 20 weeks pregnant”.

However, before the abortion pills arrived, Katherine started questioning her decision and tried to get an appointment with MSI Reproductive Choices (a different abortion provider) to discuss her emotions.

“The clinic was impossible to get hold of. I tried for five days but was put on hold for about an hour each time. When a nurse called, she was lovely but said they could only offer me the procedure in Manchester, which, as a single mother, I would have found it difficult to get to”, Katherine said.

“I was writhing in agony. I had horrific cramps for five hours”

Katherine ultimately took the abortion pills. She said: “I thought an abortion at home would be less traumatic. But at least in hospital, under anaesthetic, I was pain-free. This was still horrible. I was writhing in agony. I had horrific cramps for five hours”.

She adds that if she had face to face counselling, she thinks she would have gone ahead with having the baby.

“If I’d had counselling in a clinic, I think I would have decided to go ahead with the pregnancy”.

‘DIY’ home abortions without any clinical supervision accounted for 52% of all abortions in 2021. A study suggested that between April 2020 and September 2021, more than 10,000 women had to receive hospital treatment following the use of medical abortion pills in England alone.

Specialists have argued that since the introduction of ‘DIY’ abortions, which allows abortion to take place entirely outside of a clinical setting, “the evidence has only piled up more and more against it”.

Dr Calum Miller, NHS doctor and research associate at the University of Oxford, said that face-to-face consultations are a “critical safeguard against coerced abortion, life-threatening ruptured ectopic pregnancies and a litany of other possible risks”.

“What may have seemed convenient to abortion providers is the devastating loss of a lifeline for victims of abuse and trafficking who desperately need to speak to someone in private. Abortion clinics are one of the most frequently visited public sites for victims of sex trafficking. Sending these women — or their pimps — abortion pills in the mail only keeps this horrific practice in the shadows, away from detection. And it potentially subjects them to forced abortion, an appalling human rights abuse that often leaves life-long trauma”.

Right To Life UK spokesperson, Catherine Robinson, said: “These stories emphasise not only the tragedy of abortion, but also the role of cowardly men who refuse to take responsibility for the children they father, as well as abortion providers who promote abortion access at all costs regardless of the danger it poses to women”.

“Every abortion is wrong and ‘DIY’ abortions reveal the truly callous nature of an industry which refuses to provide even basic medical supervision to women supposedly in its care”.