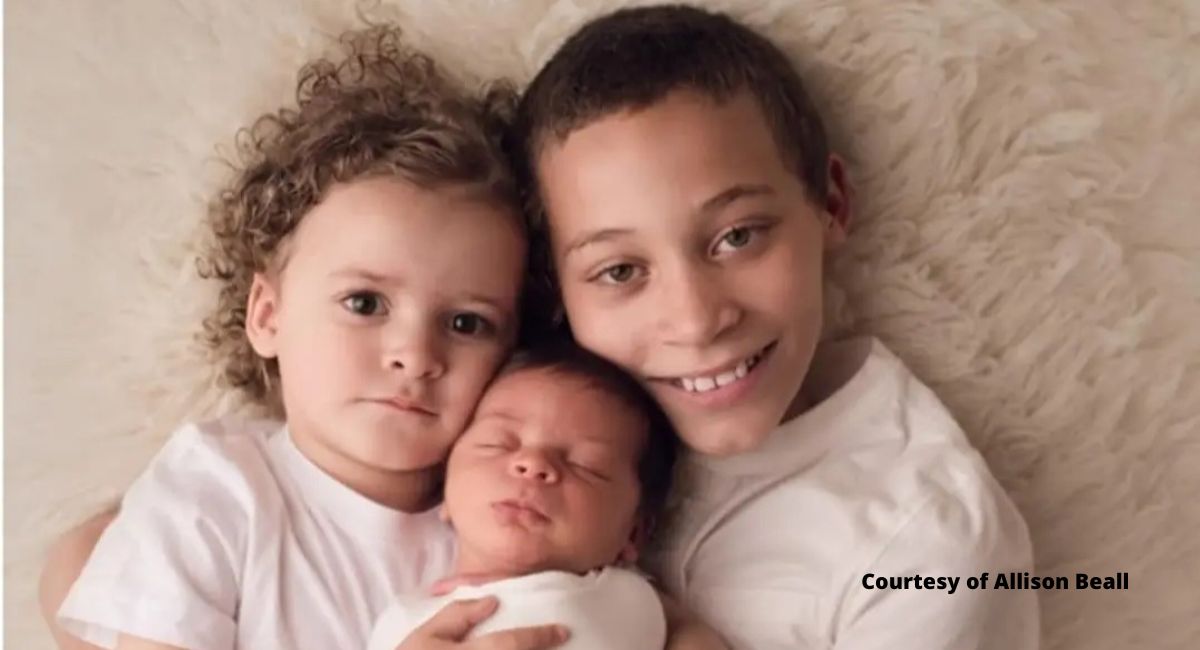 Allison Beall was already a single mom to one child when she faced back-to-back unplanned pregnancies. Strongly against abortion, she knew she would never have one. Finding herself alone and pregnant as a single mother of two, she turned to pregnancy resource centers for support that she couldn’t find anywhere else.

“I was already a single parent when I became pregnant with my (almost) four-year-old. I didn’t really plan on being alone for that pregnancy but it happened that way. I’m very much against abortion so I was like, this is the only way to handle this — is to be alone. Which sucks, but then I ended up getting pregnant again right after that,” she told Live Action News. “When I got pregnant with my third child, my second baby-baby, I was like, ‘Oh my goodness. What am I gonna do? This is gonna be a lot.’ I knew it was a struggle being a single parent, but then having multiple children, it gets really expensive.”

Beall said she began researching the resources available to her. “I was fortunate to find not only Stowe [Pregnancy Resource Center in Columbus, Ohio], but I did find a couple of other pregnancy resource centers and I got involved with our local Help Me Grow. I was pregnant with my third child when I started going to Stowe.”

Beall attended “laid-back” parenting classes at the PRC, which she enjoyed, and also had access to maternity clothes, diapers, and other material goods. There she met Debbie, who worked at the PRC. Beall “felt a connection with her” and Debbie became a motherly figure to Beall. Anything she needed, even if Stowe PRC didn’t have it, they found a way to help Beall get it. 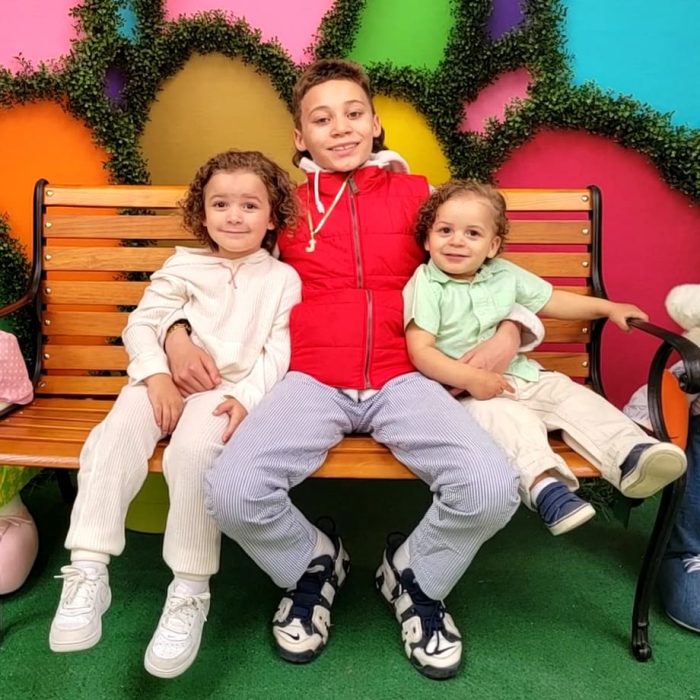 Beall explained that her youngest child, now two, has never lacked diapers or any other supplies, thanks to the help of local PRCs.  “They’ll help anyone. They help with clothes and material items that I needed. I needed a bouncy seat when my youngest was little and a highchair and I never had to buy those things, and I wasn’t able to. With paying rent and a car payment, and trying put food on the table…. And things as simple as toys and stuff, people don’t understand how much that means to be able to give your baby something like that and feel like you’re doing your job as a parent.”

Over the last few years, Stowe PRC has helped Beall with more than just material goods. After her baby was born, Beall was able to participate in Coffee and Conversations, a group at Stowe for parents of toddlers where the children would play and the parents would have coffee and cookies and read scripture. She was able to meet other women in similar situations to her own and share resources with them and build relationships and fellowship. She could share what was burdening her and get things off her chest.

“They would be a listening ear,” she said. “Sometimes that’s just what you need. They were there when I needed them the most. I’m so thankful for that entire mission.”

In addition, Stowe PRC provided her with a Thanksgiving food box when she didn’t know if her family would be able to have a Thanksgiving meal and it became one of the best Thanksgiving days she’s had. They helped her provide Christmas presents for all three of her children when she didn’t think they would have any. They help her with childcare when she has an appointment to get to, and she has seen the center meet the needs of others that Beall didn’t have herself. They also offer an after-school program that she intends to use once her children are old enough.

However, one of the best parts of Stowe PRC, she explained, is the fellowship.

“Really and truly the support that I should have from my children’s fathers that’s not there, Stowe [PRC] filled the gap. It’s hard to be a single parent. Those things happen. I can’t go back in time. Now that that’s my situation, they really have filled the gap on that. Not only the material need, but the emotional, fellowship of being there, and guidance,” Beall said. “Some of them are older women and they talk to me about things that a mother should be teaching their child. It’s really comforting to have that when you don’t. Having someone to pray for you, having someone to invite you to church, to say ‘How can I help you? What needs do you have?'”

Recently, the City of Columbus decided to allocate $26,000 to Pro-Choice Ohio so that the pro-abortion group can investigate PRCs and determine whether they are giving accurate information to women. Abortion advocates claim PRCs offer women only “limited services” because they don’t refer for or commit abortions, and claim that PRCs try to trick women out of having abortions. In reality, PRC services are less “limited” than those offered at abortion facilities.

According to Beall, who has received help from multiple PRCs, she was never pressured to have her baby and was given accurate information on fetal development. “There’s no pressure to keep your baby,” she said. “But they do tell you the obvious like, ‘It will be okay. If you need help, we are here. If you need help, we have it. If you choose to have your baby, we are here to help you.’ Really and truly they help with parenting stuff and material needs and don’t force anyone to do anything.”

Beall doesn’t believe it’s right to use $26,000 in taxpayer dollars to have a pro-abortion group investigate pro-life organizations and said she thinks that money should instead go to help women. Shutting down or silencing PRCs will take away options for women, potentially coercing those who don’t want abortions to have them anyway — and ultimately making more money for the abortion businesses.

Now that Roe v. Wade has been overturned, Beall believes tactics like this are an effort by abortion advocates to push for federal legislation to force abortion on America. Without PRCs, women wouldn’t receive the support they need in order to reject abortion. Without PRCs, there will be no options for many women other than abortion.

“They want women to have this horrible tragic experience, so they can be like, ‘We need abortion back,'” she explained.

Beall now gives back to the PRCs that helped her by donating the clothing her children have outgrown, and money whenever she can. She is also becoming more involved in pro-life advocacy, including taking part in her first March for Life in Ohio this fall.

“I want to change this ‘kill culture’,” she explained, “I want to do whatever I can to help.”